Carl needs to be able to read!

More particularly, to recognize and line up to his docking sign: 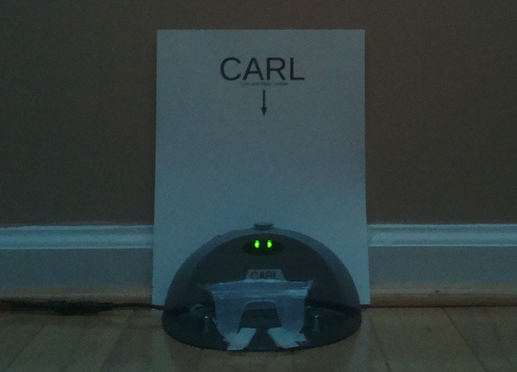 I found an OpenCV License Plate Reader in Python to try this weekend: 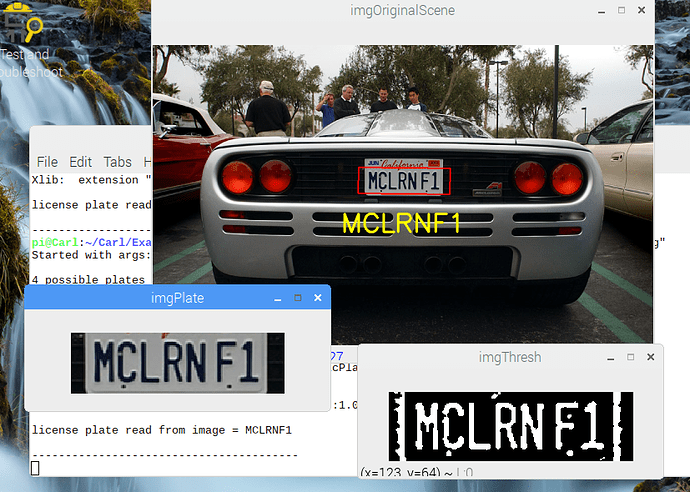 and got it running in Python3 and added some convenience changes for Carl, but this just doesn’t cut it. (Without lots of tuning and digging in to understand it.) 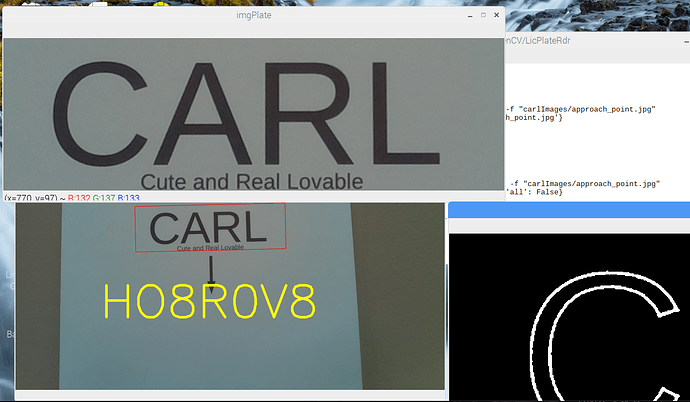 @strangersliver’s success with using Google Cloud Vision to read a sign on the wall, and my quick trial of it on Carl’s sign makes it look so easy: 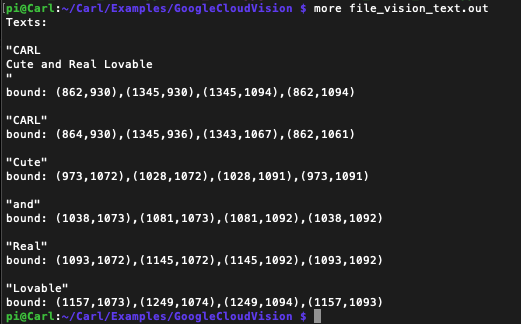 Just going to have to keep studying.

Wow! That’s quite the password generator you have there. . .

Me?  I’m thrilled if I get Charlie to move his head following my mouse movements!

P.S.  I’d change the description to “Cute and Really Lovable” to bring it into the present tense - but that’s just me.

Interesting. I Do strive to use “accepted” grammar in my communications. Turns out “real” is only for nouns.

One poster on Urban Dictionary described “real”:
Often used by someone to describe themselves as “genuine” or “authentic”. It is perhaps the most overused and generic word in current use, rendering it almost meaningless. Browse personal advertisements and every other person who lacks a sufficiently descriptive vocabulary will describe themselves as “real”.

If I ever need to redo his sign, and his RPi-monitor.text, I will, for sure, make that correction.

Perhaps in the command interpretation section you could test the angle, and if around 90 or 270 (+/- 7.5 degrees?) use the distance off center as an head servo command?

Good idea, just not what I wanted to do.

In essence, working like the joystick on an airplane; right-left is roll, (actually yaw, rotation around the z-axis, but we call it the x-axis), and forward-backward is pitch, (y-axis), with pushing the joystick forward provides pitch-down.

Combination movements, (i.e. pitch and roll at the same time), is a more advanced topic that I will explore when I have a few more flight hours under my belt with this BEAST of a project!