Sometimes when I get my head wrapped around something, time flies without me noticing. Apparently the forum.dexterindustries.com was. 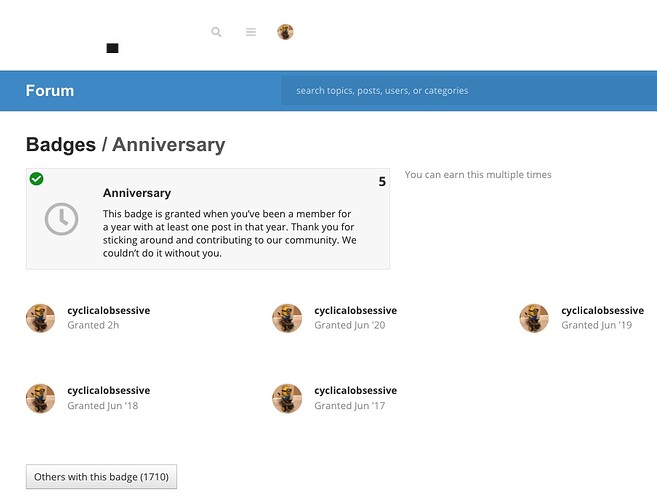 Interesting to note that 1710 other people stuck around at least 5 years.

My “5 year anniversary gift to myself” just arrived by UPS: A Lithium supercharged GoPiGo3 for ROSbot. May all its anniversaries be reached without fireworks!

.
Seems like you certainly deserve a new robot.
/K

My “5 year anniversary gift to myself” just arrived by UPS: A Lithium supercharged GoPiGo3 for ROSbot. May all its anniversaries be reached without fireworks!

Assuming you are talking about the Lithium batteries. . .

If you overload a NiMH or alkaline battery, it will overheat and explode.

If you recharge a battery incorrectly, it will also overheat, explode and, (very likely), catch fire.

You do not EVER want to see a lead-sulfur fire caused by charging a gel-cell without the correct current monitoring and thermal feedback.  You also don’t want to explain to your wife why the house has been evacuated and all the windows are open when she comes home.

Not to mention the new carpet and wall design in the living room. . . .

If I read that screenshot rightly, you’ve been banging your head against this beastie since June of 2016!

I guess that explains why you seem to be one of The Fountains Of Wisdom around here.

you’ve been banging your head against this beastie since June of 2016!

Sort of. At first I attempted to make a custom GoPiGo3.py that offered the GoPiGo3 API above my then RugWarriorPi robot so that I would be able to leverage the DI example code and any GoPiGo3 user code I was hoping would emerge.

When my RugWarriorPi robot proved to have connection reliability issues (way too many plugs and sockets) I abandoned that robot and bought the real bot. Having built the equivalent of the GoPiGo3 really gave me an appreciation for the GoPiGo3 design choices and the Grove sensor family.

Shortly after getting my GoPiGo3 DI released the new class-based API which was/is equally well designed. (It seems like every month I get a notice that the Google Cloud APIs are changed, while the GoPiGo3 APIs have had an occasional fix, but no API redesigns!)

. . . .and how many are actually needed changes?  Bet you could count them on one hand with most of your fingers down.

It seems like every two weeks there’s a “critical security update” that effs around with basic user functionality and dinks my carefully crafted settings and options to, (ahem!), “more carefully align them with Microsoft’s marketing policies”.  They don’t say it quite that way, but if you’ve been around longer than 15 seconds, it’s obvious as all hades.

If it weren’t that there are some essential tools that demand Windows, I would dump them like the slimy, rotten and disgusting thing they are and implement Linux Mint.

One of these days, I want to take a laptop/desktop and see to what extent I can migrate away from M$.