Do you see what I see?

The following picture of a ten-year-or-so-old shower cabinet that was recently removed to install a new one. 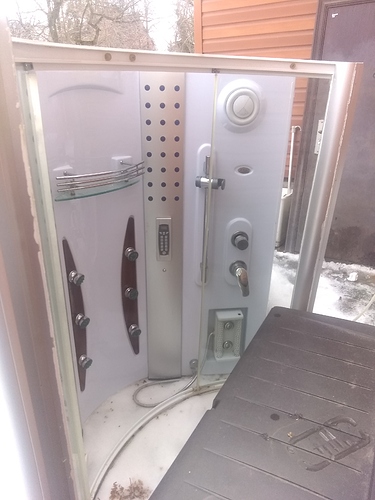 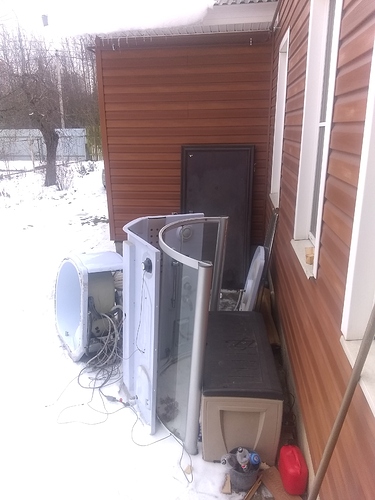 (singing) Do you see what I see?

Most people, including my wife, see a pile of trash waiting to be dragged off.

What do I see?

When I was done, I had collected a bunch of potentially expensive electronic goodies including a control panel circuit board that I can use as a source of dozens of parts.

I also saved every single screw, washer, nut and bolt from that thing.

I think I just scored big on spare parts! Better in my parts box than in some dump somewhere.

P.S.
I also just finished “scrapping out” several old and obsolete cell phones. Aside from the batteries, display, and camera modules, I also scored some relatively small speakers I can use on Charlie and the two giggle-bots!

I am also sure that the eccentric vibrating motors will be useful somewhere.