Now that the Latest and Greatest Raspberry Pi - the P-4 - is officially a Happening Thing, the burning question is “Can I build a GoPiGo using a Pi-4?”

Update:
As cleoqc mentioned in a later posting (below), newer versions of the GoPiGo controller/driver board CAN be assembled using a Pi-4 without having to jump through the hoops I had to jump through. So, this appears to apply to earlier version GoPiGo-3 boards.

Short Answer:
If you’re looking for “plug-and-play”, (as in “assemble the kit according to the published documentation” kind of plug-and-play), and expect it to work right outta’ the box - not going to happen.

Longer Answer:
It can be done, but there are significant differences between a “Pi-4 build” and a “stock” GoPiGo build. 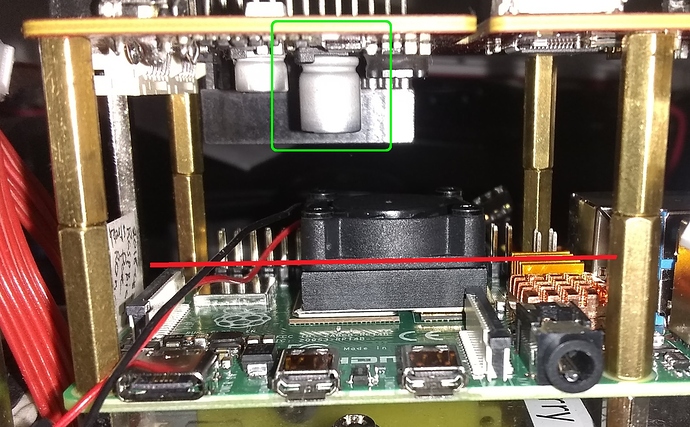 And this shows (approximately), how far down C-14 projects relative to the processor and heat-sink - the red line shows about where the top of C-14 would be if the normal amount of spacing were maintained.
.

As you can see, there needs to be significantly more space between the GoPiGo controller/driver board and the Raspberry Pi-4’s PCB to accommodate the extra height required by the Pi-4’s heat-sink and fan.
. 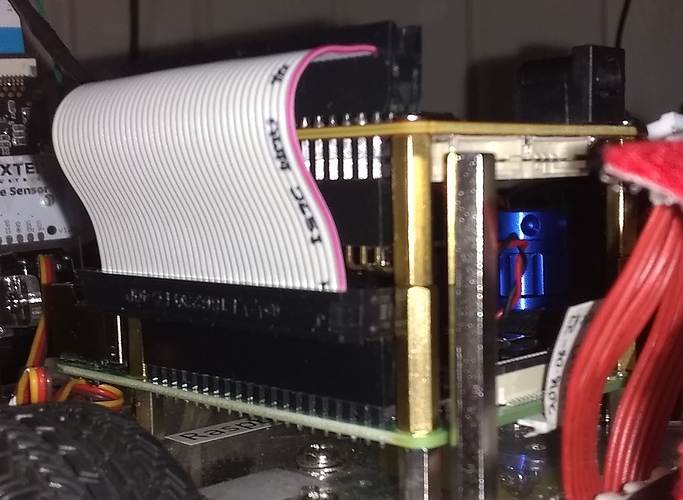 All this additional height requires a 40-conductor ribbon-cable to connect the Pi-4 to the GoPiGo’s controller/driver board.
.

In addition to that, the amount of space between the mounting spacers is too narrow to fit the ribbon cable’s connector - so I had to adapt it by using a 90° female PCB header as shown below.
. 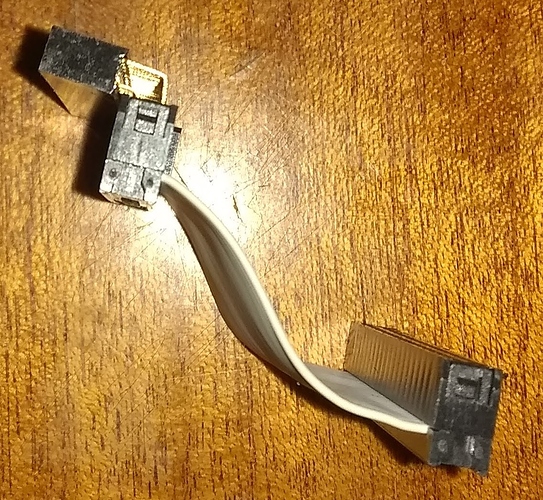 
Does this mean you should give up the idea of a Pi-4 powered GoPiGo? Absolutely not!

I did a full-up revamp of Charlie, including both the Pi-4, an Adafruit RTC (hardware clock) module, an IMU (Inertial Measurement Unit) upgrade - the pointy thing behind the batteries, an upgraded camera and camera cable, an updated rear swivel, and a new battery holder to replace the one I (accidentally) damaged earlier in Charlie’s career. 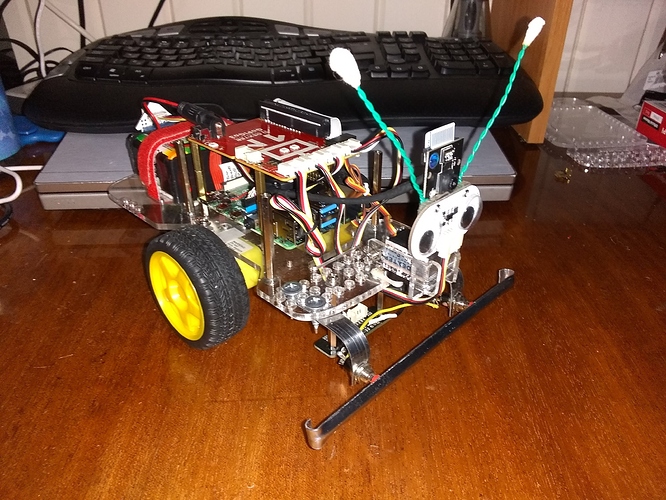 Here’s the New and Improved “Charlie” with batteries installed, Pi-4 (and heat-sink) powered up and ready to go! 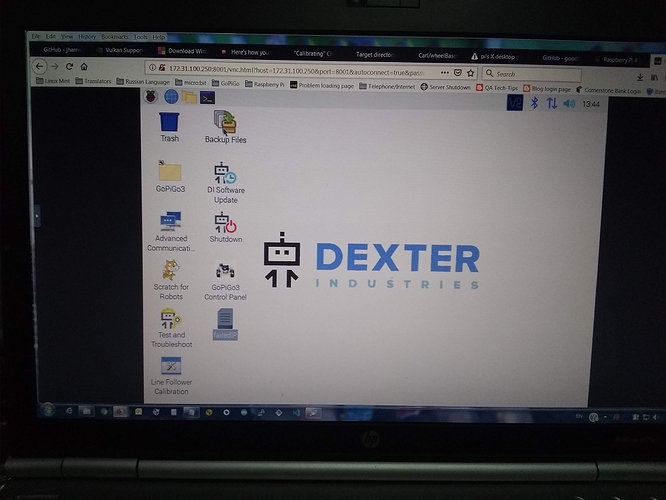 Just in case you didn’t believe me. . . . He talks! Courtesy of noVNC

It is doable. All it takes is some imagination, patience, and higher-capacity batteries!

But to be honest, that capacitor has been moved on later version of the GoPiGo. I was able to assemble one with a Pi4 and cooling without having to change anything at all.
But that’s only on newer boards.

Also with the latest Pi4 firmware, the Pi gets barely hotter than a Pi3, so active cooling isn’t a necessity anymore - for most cases. Heavy computer vision might still require it, but my gut feeling is that a heat sink would suffice.

Also with the latest Pi4 firmware, the Pi gets barely hotter than a Pi3, so active cooling isn’t a necessity anymore

Any chance of comparative pictures?

The Pi4 still gets warm to the touch indeed, but not to the point of needed active cooling. I guess it depends on how tolerant we are

New board, it’s still the red board. The only change is the capacitor got moved. Everything else is the same. I believe the board number is now 3.3.0

Pictures or it didn’t happen!

. . . . and I still want to know what firmware version YOU are using, and how I can check it.

Great job! Looks like Charlie is ready to “Follow The Yellow Brick Road” to get a soul.

Who sez Charlie has no soul?!

You DO realize that them’s fightin’ words!

I would love to meet Carl when we come to Florida this spring. I’d bring Charlie, but the TSA sometimes has sticky fingers. I’ve already had things go missing - like a Pi-4 with a 7" touchscreen in an Element-14 enclosure and a Hubsan quadcopter on my last trip back to Russia. It’s depressing.