Hello everyone,
Our GoPiGo3 is unable to be detected in mygopigo.com/bloxter.com. Followed the instructions and did the firmware fix, but the check for vital sign is still failed.

The antenna LED was never turned on, no green, no blue, no lights at all, but I was able to see gopigo network on my wifi list.

I have flashed the SD card to the image v2.5.1, but it didn’t change anything. 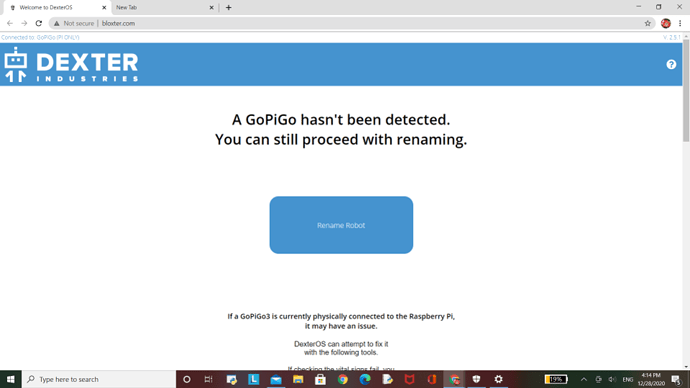 What Pi are you using?

Did you try a firmware update?

This might be interesting:
Updating the firmware on a GoPiGo-3, using a Pi-4 board, results in a dead system

Thanks for your replay! We have a Pi-3. We just started with Gopigo and were not able to do much as it was unable to be detected… We flashed the SD card with image v2.5.1 as mentioned in some earlier posts, but it didn’t change anything. Frustrated kiddos here, any suggestions will be highly appreciated!

If you’re able to connect to the Raspberry Pi that suggests the RPi is running OK. May be an issue with the GoPiGo3 board. Have you tried to reseat it?

For official support you can email support@modrobotics.com

Thank you so much for your reply! How to reset the GoPiGo3 board? Thanks!!

I meant re-seat it. Just to make sure the connection to the Raspberry Pi is a good one - you’ll have to partially disassemble the GoPiGo3. Check the pins and the holes to make sure there’s no debris that might be interfering.
/K

Thanks! Tried that, but still no luck. The Antenna LED on GoPiGo3 never turned on, does that indicate a faulty board? Also the board cannot be powered up by the battery pack itself( the green LED will flash for a couple of seconds, then completely off), we had to connect the power supply of the Raspberry PI board. Is this normal? Thanks!!

Also the board cannot be powered up by the battery pack itself( the green LED will flash for a couple of seconds, then completely off), we had to connect the power supply of the Raspberry PI board. Is this normal?

No, this is not “normal”, but it IS expected if the firmware on the GoPiGo3 controller is damaged.

In order to power up the device via the battery, you need to hold the power button down until it has completely finished booting. If you let it go earlier, the GoPiGo simply looses power.

In order to successfully re-flash and repair the firmware, you need to have the GoPiGo powered via the battery connector so the GoPiGo board is fully powered. You do this by holding in the power button until you get the Dexter desktop on your monitor.

Another thing:
Do not try to use the robot with any other HATs installed than the GoPiGo board itself. Depending on the HAT, especially if it is something like a display HAT, that can cause trouble.

I am assuming the following:

You can download the latest version of Raspbian for Robots, (Stretch), here:
https://www.dexterindustries.com/download/r4r_stretch

The instructions for flashing the image can be found here: 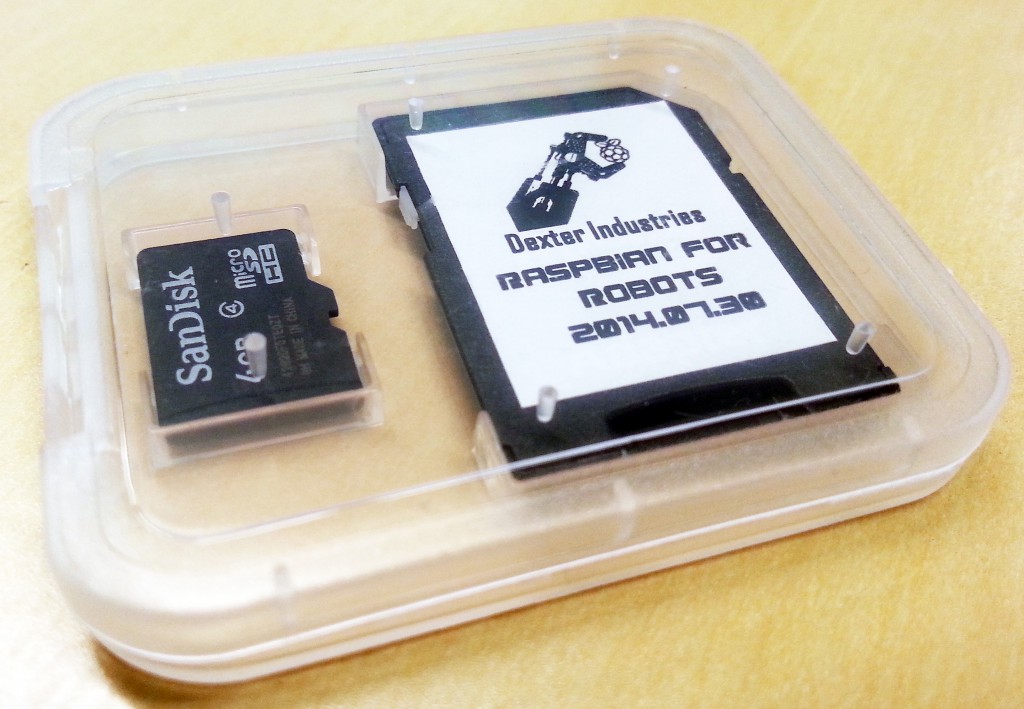 Install the Image on The Raspberry Pi

A tutorial for Installing the Raspbian for Robots image on the Raspberry Pi. We show you how to install the image on the raspberry pi using a Mac and a PC.

If you are using Windows as the host computer, Etcher is the best way to flash it. (IMHO)

The WiFi LED may not come on as there are some configuration steps needed in Raspbian for Robots to enable WiFi.

Once the power light comes on, blinks, and is steady without having to hold the button in, you should have a good firmware flash.

Power down, replace the SD card with the one with Dexter O/S on it, and restart.

Things should boot normally, you will - after a few moments - get the green WiFi LED lit, and you should see the Dexter O/S desktop on the monitor.

Let us know what happens.

If things still fail to work, let us know what happened. I will do what I can to help, but you may have to go through the e-mail support channel mentioned above.

The bottom line is that it’s pretty difficult to totally brick a GoPiGo3. Not impossible, but damn difficult unless something is seriously wrong. So, it’s a better than even money bet that we’ll be able to get this beastie working.