One of the first things folks with ROS robots will “show off” is an occupancy grid or LIDAR map of the room. Since Carl doesn’t have LIDAR and doesn’t run ROS, I thought occupancy grids to be in the “too hard” or at the very least “not yet” category.

That was until robotshop tweeted the work of BigFace83 and his Big-Wheel-Bot project. 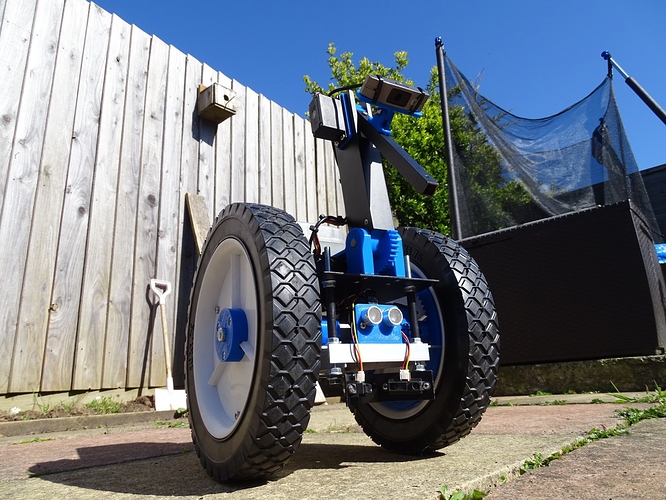 This is my latest mobile robot that I am calling Big Wheel Bot. I have used 2 x 250mm diameter wheels, with rubber tires to construct a robot platform. The robot uses an Arduino Nano and an L298 motor driver. The on-board batteries are 2 x 12V...

He implemented a sensor data recording program that stores [left and right encoders, imu heading, forward and rear facing ultrasonic sensors, and a pair of +/- 45 degree off heading IR sensor readings five times a second to a Data.txt file, and captures a synchronized MotionJPEG at FPS 320x240 into an avi container video that can be viewed by VLC on the Raspberry Pi desktop, (and also can be read in later and annotated with objects, ranges, headings, etc).

Being crazy obsessed with Carl as I am, I decided this looked like something I could reproduce for my GoPiGo3 robot Carl with his panning DI ToF Distance Sensor, DI IMU, and GoPiGo3 wheel encoders, and his PiCamera.

Getting the Data.txt file going was smooth sailing, but that synchronized video was really frustrating me this week. After hours and hours searching the net, trying every possible tweak from the various fragments I found, I thought “this one has beaten me.”

Now, having had a breakthrough by switching image height and image width in one line, I can hardly contain my happiness.

So I finish this week with the data and video gathering program done. Next week the autonomous explorer program and hopefully the path display program. 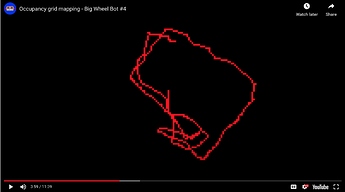 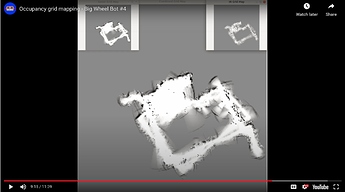 Carl is charging up to be ready to explore: 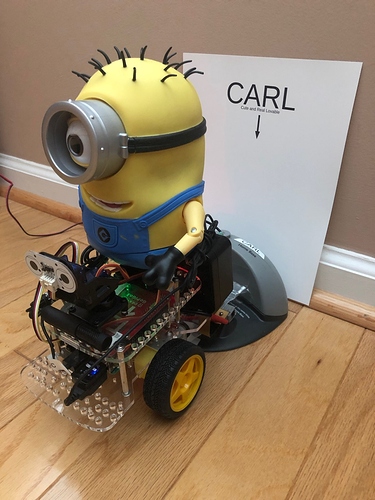 I’m truly impressed! It’s so cool to see what you can get this little robot to do!

Carl has learned to collect the data needed for his occupancy grid investigation:

Next step - path analysis and display 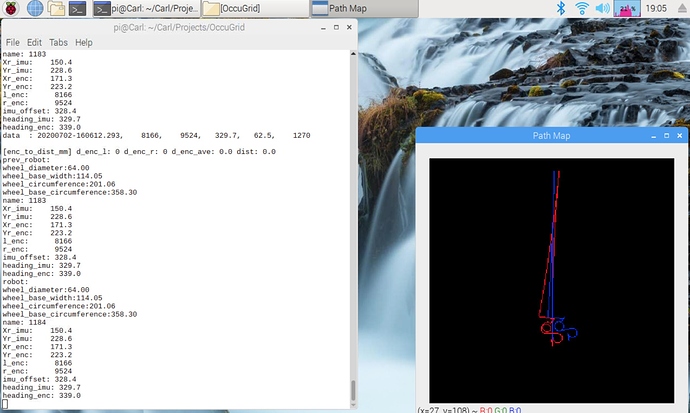 and another path, but got an early [Errno 121] I2C transfer: Remote I/O error and a throttled=0x20000 so no range data from DI Distance Sensor in this 14 minute run 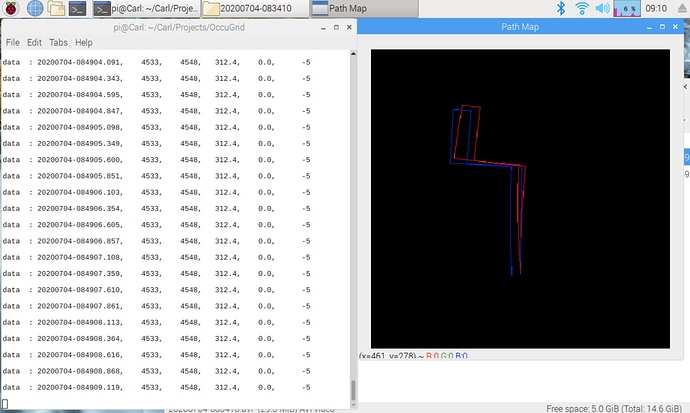 The imu path shows returning exactly to the starting point, which it did.

Wow, the reality of uncertainty in my robot’s understanding of reality is confounding me
now that I see a log probability map for the 25 degree beam width of the VL53L02
Time Of Flight Ranging Sensor.

It is not really an obstacle detector - it is a “no obstacle” detector! 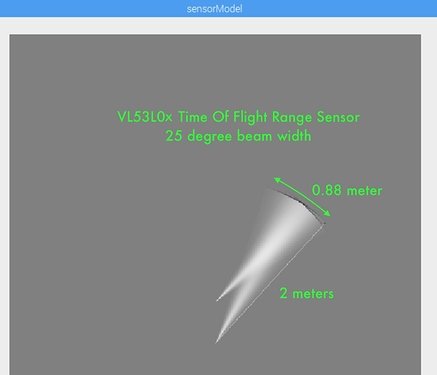