So, I got my GoPiGo today. Followed the video build and got it together in about 45 minutes. Then the usual Pi/Linux fun

No problems encountered though, about an hour later (after a lot of updates) I was running the test python programs. A few glitches, but I suspect the firmware might be a little off balance at the moment, no big deal

So, why did I get a GoPiGo? 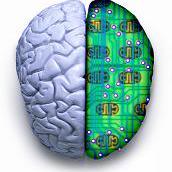 GoPiGo Connectome Code. Contribute to Connectome/GoPiGo development by creating an account on GitHub.

TL;DR To run a worm neural network on

Didn’t get that far before the batteries gave out, but tomorrow (or later today depending on how you look at it) it will crawl!

So, anyhow, cool robot. I am very happy to see things being put out there that are way ahead of the common Arduino Ping bots. Just the fact that you included encoders, big thumbs up.

I took the same path on my own starting about 6 months ago. I was frustrated at the lack of available ready to program robots, and it seems robots are still restricted to mostly those with soldering skills. When I started I had none, now I have a PCB, similar to yours, but with 2 X 5amp motor drivers, same decoding connections I suspect (I’ll dive into the firmware when I find it), and an MPU6050 AHRS (IMU). spiked3.com

I hope I can find some time to contribute, but it might be too entertaining watching my electric worm squirming about.

Hey Spiked3, you totally made our day! Thanks for taking the time to let us know how we did, and thanks for your feedback!

I’m glad the connectome article led you to us! If you get a chance, we would love to hear more about what you do with it, and see any pictures or video you have!