but the issue can not be fixed. Still not works.

You’ll need to have internet connection in order to run the following command:

This should get the I2C_mutex installed back in.

We are undergoing a couple of changes lately and this is the cause of it.

thanks your support. after running the command, get the following:
…

it seems it works if I use python run_this.py under BasicControl folder. Python3 doesn’t works. I test RemoteCamera projects, get the following output log:

I do have internet access using CINCH via Ethernet cable and USB adapter connected to my MAC(Share my MAC’s internet). I have updated the GOPIGO3 to V1.2.0 and run the commands you provided. But now python3 doesn’t work, and some python2 command works(eg. BasicControlRobot works). Could you please tell me where is the latest DexOS2.0 I can download. And Also the latest version of Raspbian PI for Robot . Thanks

It doesn’t make any sense not seeing this working.

Fortunately, we have just released a few hours ago a beta for Raspbian For Robots that works on Stretch distribution.

To get this beta of Raspbian For Robots, please check the following pinned post:

We have a new version for Raspbian for Robots that is now based on Raspbian Stretch. You can take it out for a spin and tell us how it goes. PLEASE NOTE: In order to keep bluetooth working, we have dropped support for the BrickPi+. If you have that robot, please stay with Jessie for a little while longer. (this Beta will not have a working DI Update until we get out of Beta by next week) Cleo

As for DexterOS 2.0, you could find it by Googling but here is the answer to it: 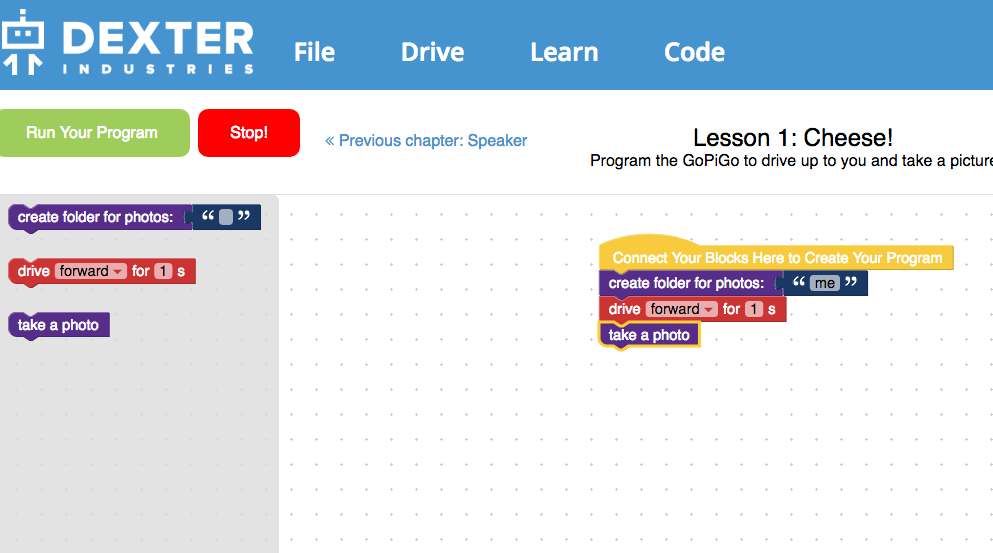 Download and Get DexterOS: The Easiest Way to Learn Coding

Get DexterOS: the easiest way to learn programming and to build robots and learn to program with Scratch, Python, Blockly, and other programming languages.. 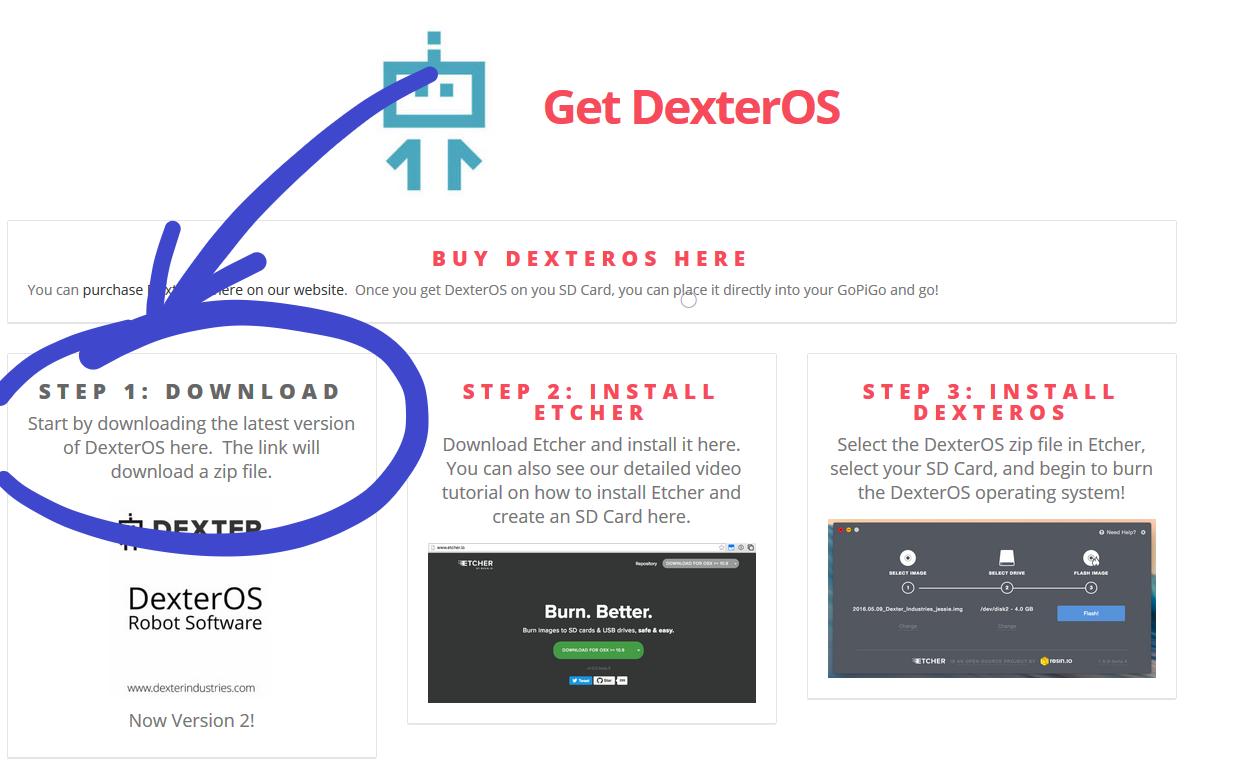 Thanks for your stretch version. The issue of mutex
Is fixed. The basic control for GOPIGO3 works well. Hower,I still have question as following:

Well, the Cinch OS you used broadcasts a WiFi AP with dex SSID, but this doesn’t show up on regular distributions (Stretch, Raspbian For Robots, etc). One way to set it up is to sudo bash cinch_installer.sh from https://github.com/DexterInd/Raspbian_For_Robots/tree/master/upd_script/wifi. You can find the script in /home/pi/di_update/Raspbian_For_Robots/upd_script/wifi.
To uninstall it, use sudo bash cinch_uninstaller.sh.

As for the Remote Camera project for the GoPiGo3, that’s a very good observation. I’ll have that project fixed ASAP. I’ll come back with an answer as soon as I have something.

Hi Robert，
Got it. I will appreciate if you put the final released version of DexterOS 2.0 image into the sourceforge.net. The download process from dexterindustries .com always failed due to CRC check error.

We haven’t had this problem so far - literally, I tried on mine and I’m not getting this problem.

Either way, we’ll take your request into consideration and decide what other provider to use along with the current one.

We came back with a fix for the Remote Camera Project and we made it work on Stretch.

Unfortunately (though I don’t think it’s that of a big issue), it seems like the UV4L libraries are no longer maintained for Jessie or Wheezy, so if you want to have this running, you have to use a Stretch distribution. Fortunately, we’re moving Raspbian For Robots (and whatever we have on our plate) to Stretch, so it’s all going to be well “integrated”.

The PR that fixes this issue can be found here:

In the following couple of days, this fix will be put on the master branch of our repository, so stay tuned.

Edit: We added support Jessie too, even though the libraries are no longer maintained. This is for our users that still work on Jessie.