One of the first things I noticed when assembling the GoPiGo 'bot was how slippery the acrylic chassis parts are. Especially when trying to mount the battery pack on the top of the GoPiGo, it slipped all over the place, making a secure attachment virtually impossible.

Wanted:
A way to attach the battery pack to the GoPiGo so that it doesn’t slide around.
– and –
A way that doesn’t look like an amateurish hack-job done with sticky-tape, rubber bands and glue.

Solution:
Attach small squares of the rubberized mesh pads that are used to keep carpets from sliding on smooth floors. 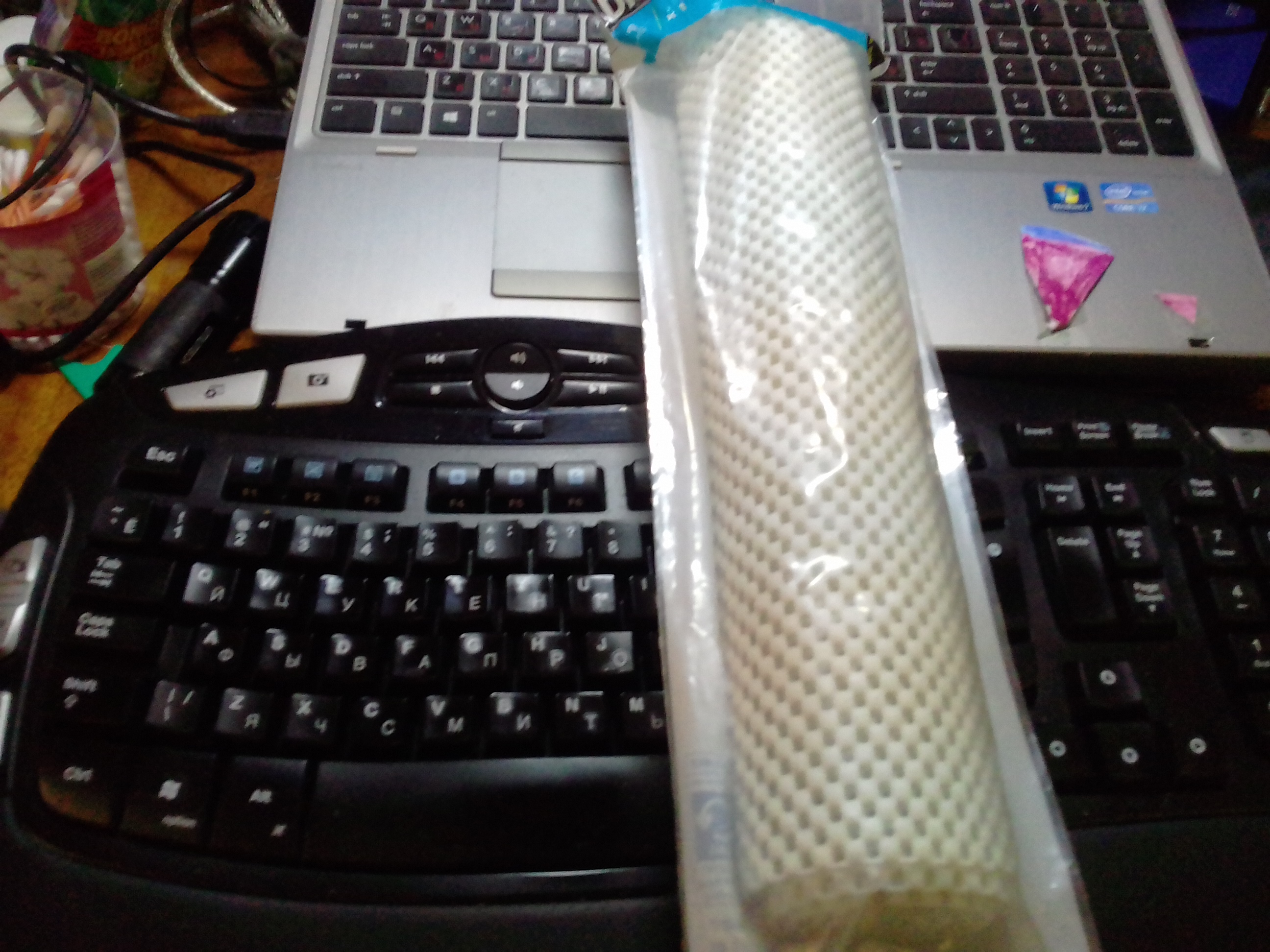 This is a roll - 1 meter by 300 cm - of the rubber mesh anti-slip. You don’t need nearly that much - I could modify hundreds of GoPiGo 'bots with this one roll. 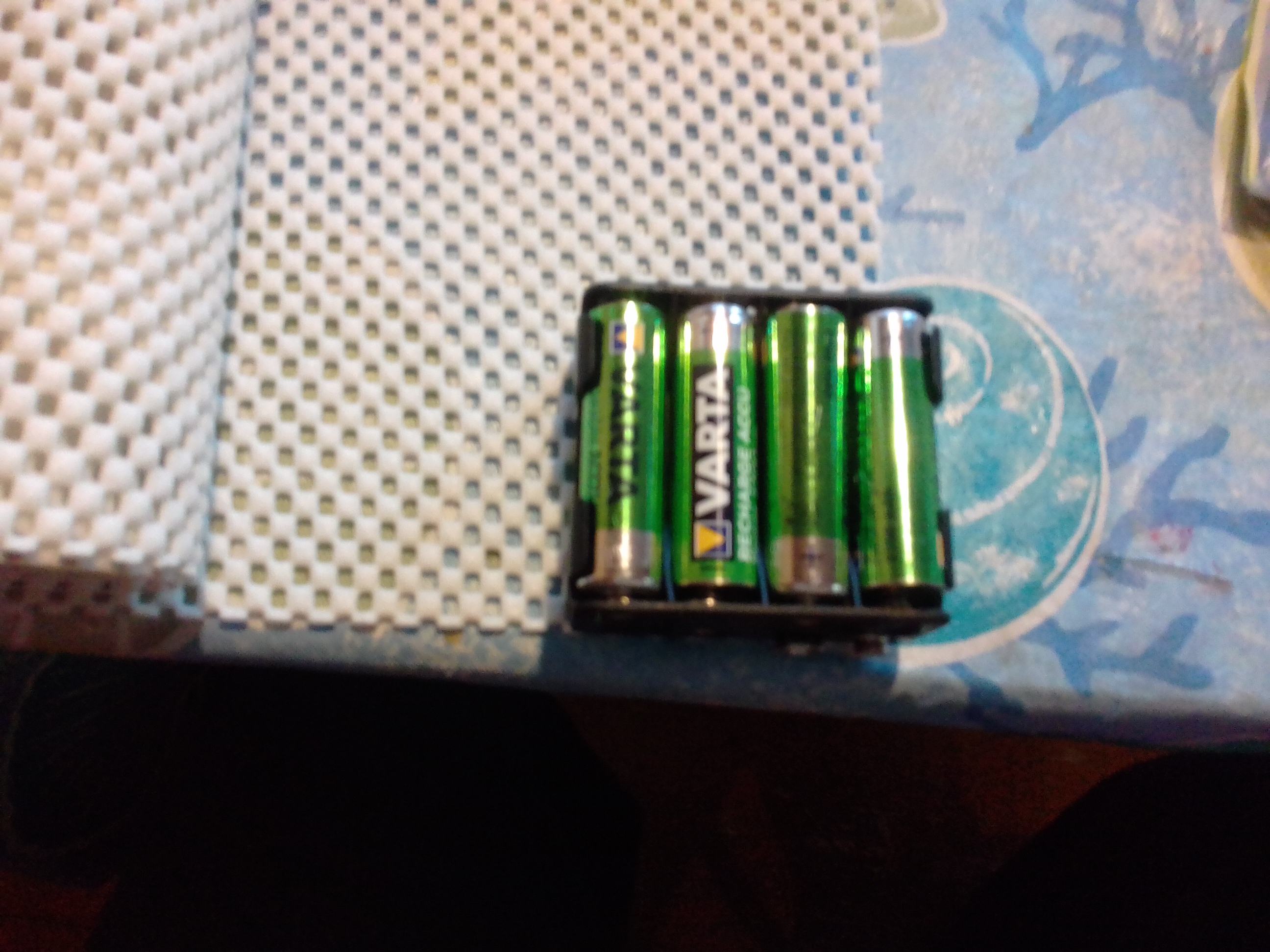 This is one corner of the roll with the battery pack placed on it - I traced around it with a black pen and cut out the resulting square. Actually I did this twice: Once for the top and once for the back. 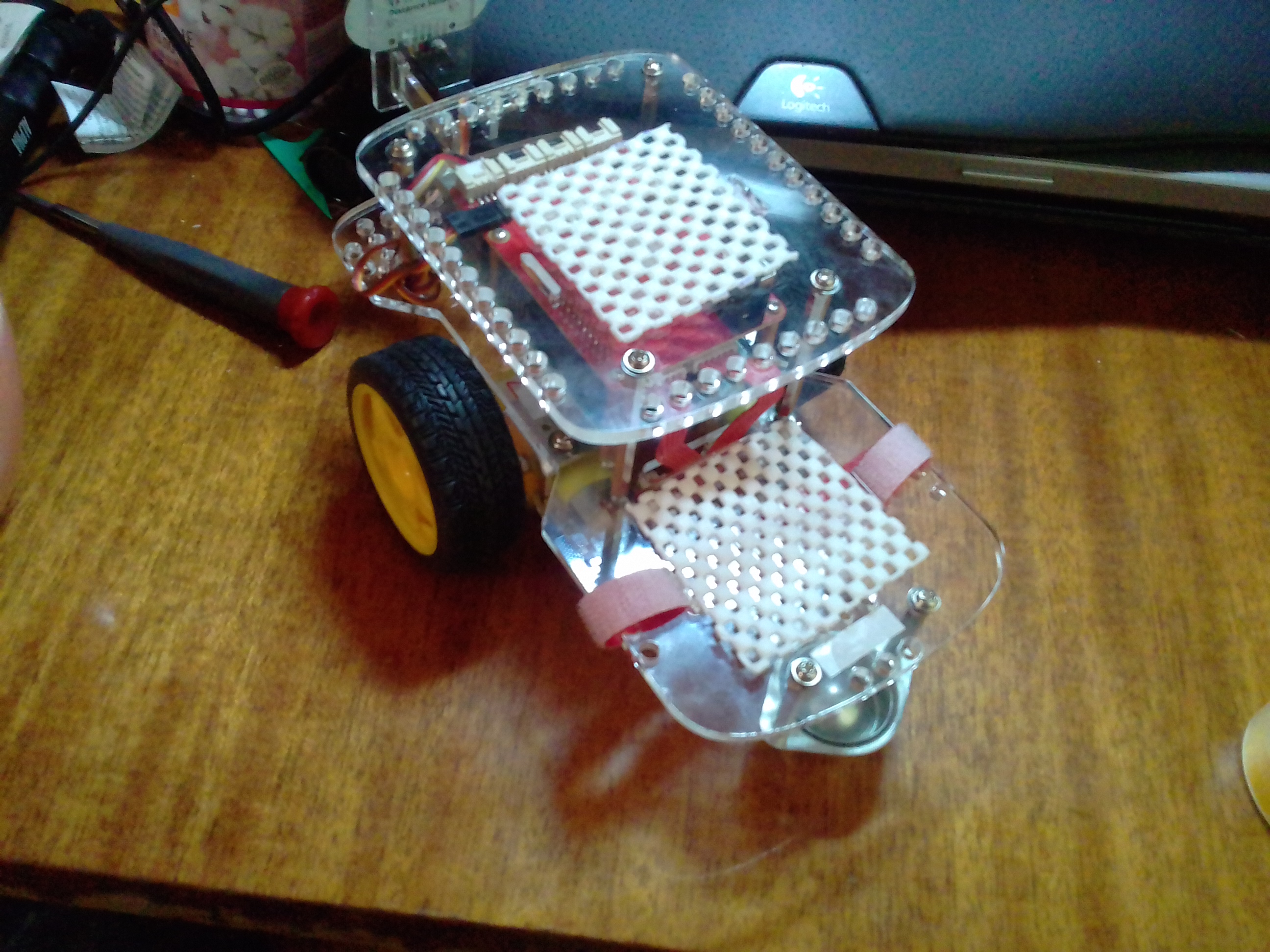 Here are the two anti-slip squares I cut out of the huge roll of the stuff I bought. I attached them using Scotch brand double-sided tape. (OK. I lied. I did use sticky-tape!

To position the squares accurately, I placed the squares on the chassis where they were going to mount and traced around them lightly with a fine-point felt-tip pen.

A word of caution: Once the tape is in place and the squares are attached, it is essentially permanent. Though you may be able to remove the tape from the plastic chassis, you cannot remove it without damaging the rubber mesh pads. 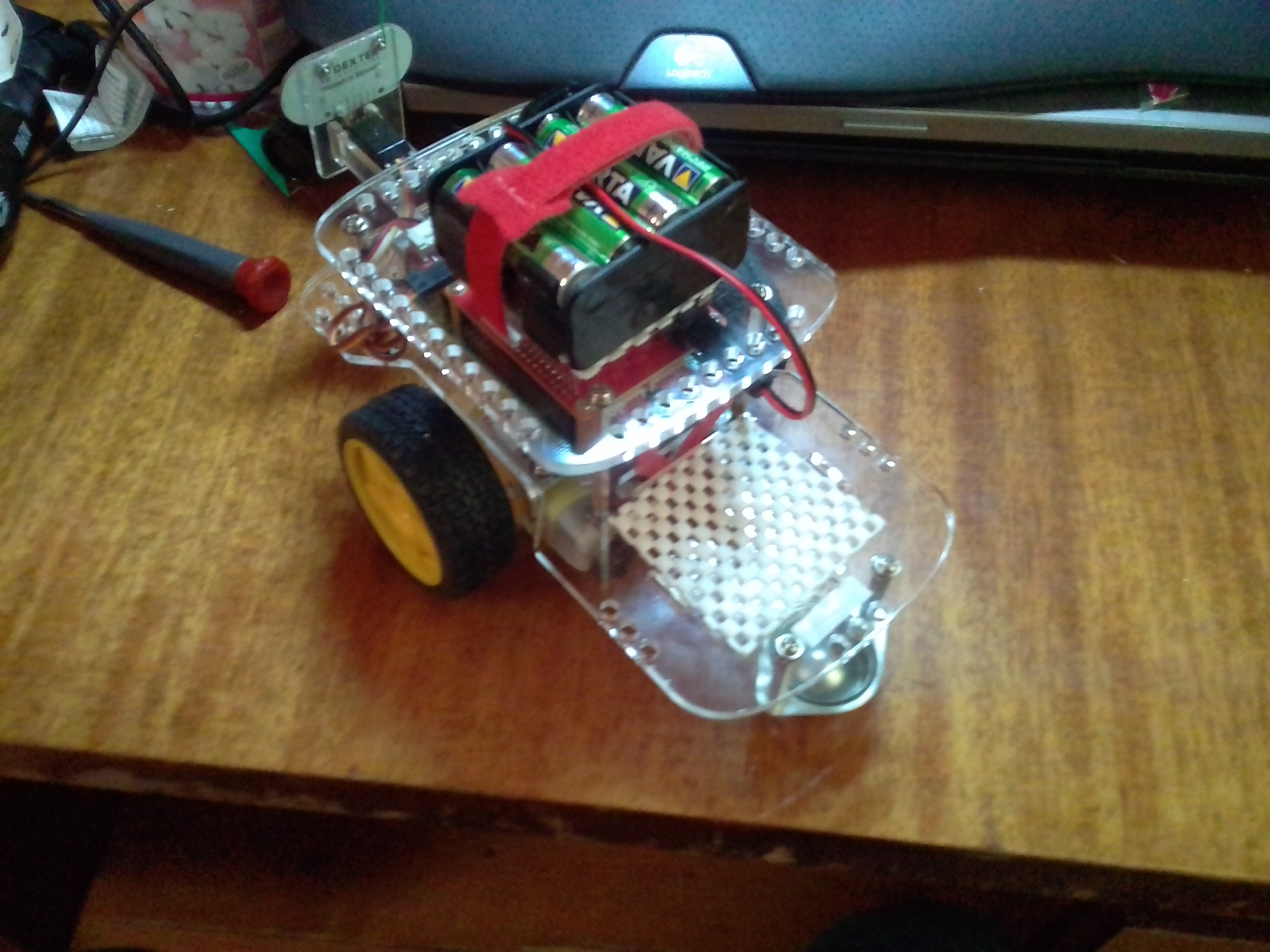 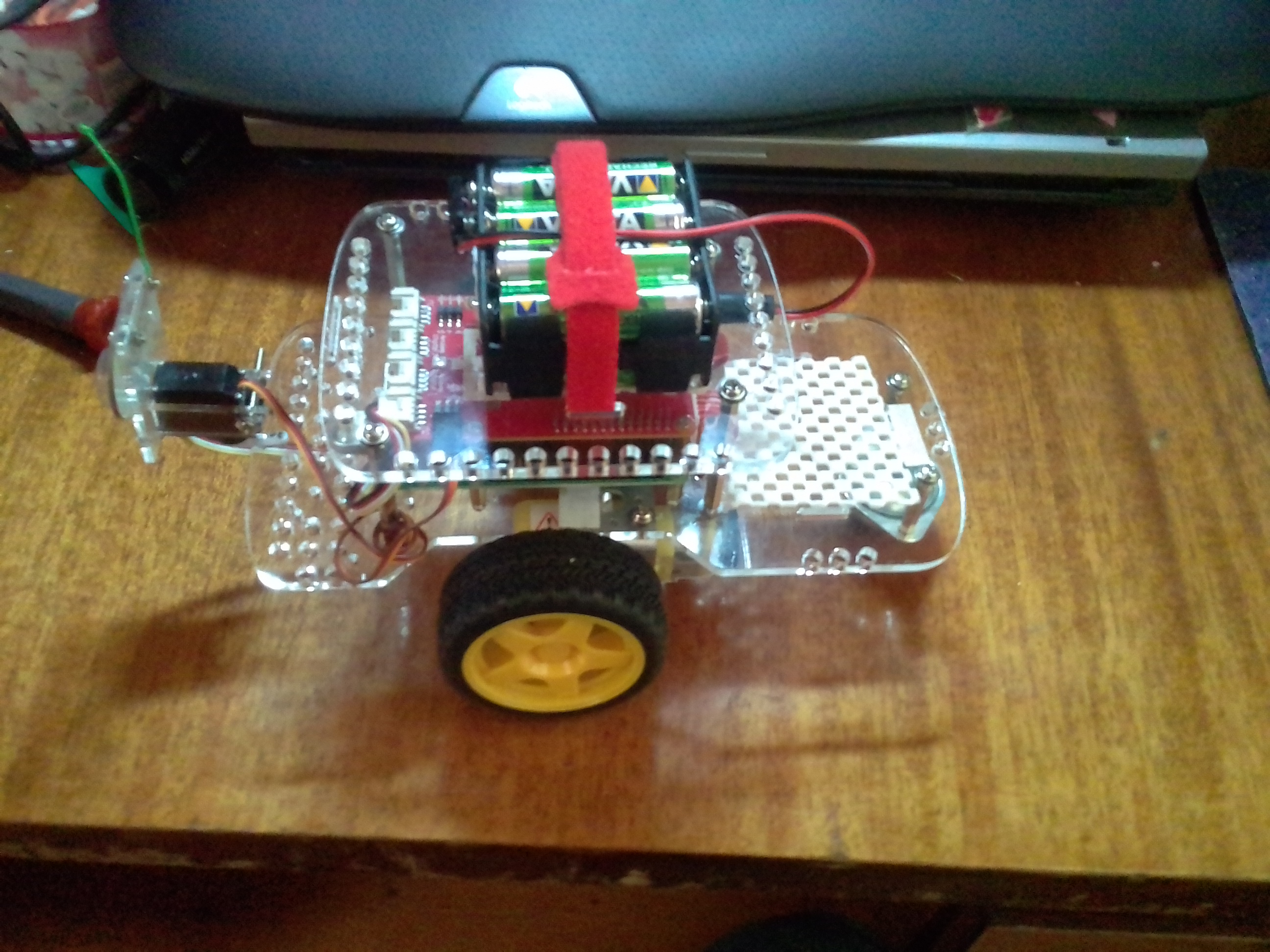 Here are a couple of pictures of my GoPiGo with the non-slip pads attached and the battery mounted on the top of the 'bot. Using these pads the battery is attached quite firmly and securely, but can be easily removed as if the pads were not there.

Depending on where you live and what kinds of stores are available, you may be able to find smaller squares of this stuff that you can use. Trimming them is a cinch, any pair of reasonably sharp scissors should work wonderfully.

I had originally thought of using rubber-cement or contact cement but ultimately decided on the double-sided tape since I didn’t know what the volatile solvents used in these glues would do to the chassis or the pads.

You know what else could work? I had this idea when I heard you talk about sticky tape.

Using self adhesive tape (double sided) onto some balsa (or whatever else) sticks and then place them where the battery pack should go so that the battery pack is fully surrounded by these little fences, thus creating a quite compact support. A height of .7-1.0 centimeters should be more than enough.