How to remove hot-melt glue/potting compound without destroying things

There are times I need to remove the hot-melt glue or hot-melt potting compound, (which is simply hot-melt glue that has been formed and molded around a connector), that is underneath the molded plastic strain-relief in order to re-form a connector into a non-standard shape/configuration.

When I try to do this I invariably end up either destroying everything or ripping all the wires off.

I’ve tried just about every method under the sun:  All the way from heat, (which melts everything), to vicious solvents, (which melt everything - except the hot-melt glue!), all with absolutely zero success.

The best I have done so far is to rip a connector apart and then re-solder everything.

Fear reigns supreme.  Micro-HDMI cables aren’t easy to find here and they’re expensive when you do find them.  I bought two, (and contemplated buying a third), because I was absolutely guaranteed to destroy at least one of them.

Searching on-line yet again, I discovered an “Instructable” that describes a way to remove hot-melt glue that actually works! 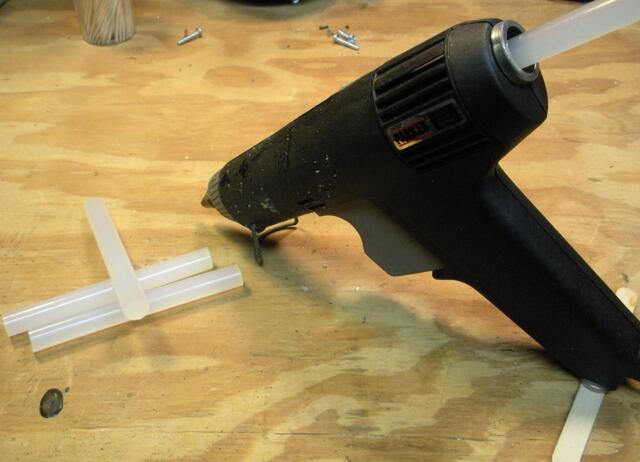 Easily Remove Dried Hot Glue (aka Hot Melt): In this video I will show you how to cleanly (and easily) remove hot glue (aka hotmelt) from nearly any surface.  I literally stumbled on this while working with hot glue over 20 years ago at a...

And yes, I thought the guy was smokin’ dope too until I tried it.

What appears to happen is that the alcohol gets in between the two surfaces and un-bonds the hot-melt to the surface it’s stuck to.

Using alcohol, a pair of small nippers, (and ultimately a small pair of pointy tweezers), I was able to remove virtually all the hot-melt glue without damaging any of the tiny wires.

I didn’t go crazy, but I was able to remove all the glue that I needed to remove.

Pictures or it didn’t happen?

This is the connector after the rubber strain-relief had been removed, but before removing the hot-melt potting compound.

Soaking the connector in isopropyl alcohol: 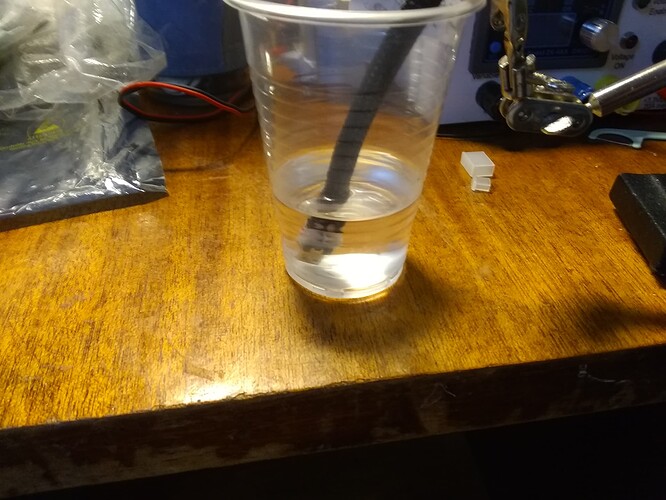 And after the first soak, I was able to remove a lot of the excess potting. 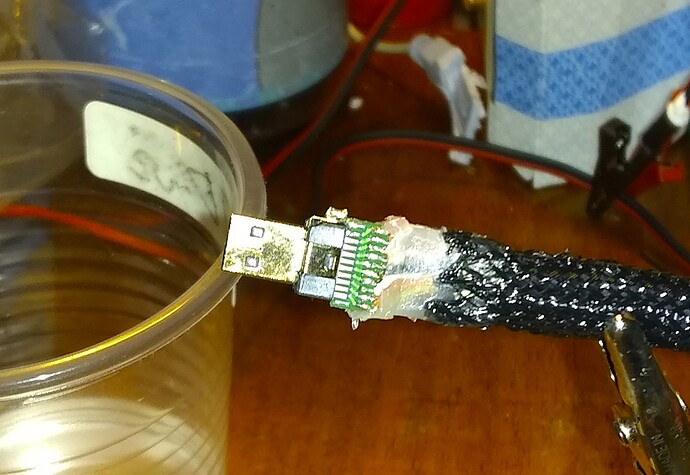 After several soak-and-pick cycles, I was able to remove all the glue that was in my way without damaging the wires themselves. 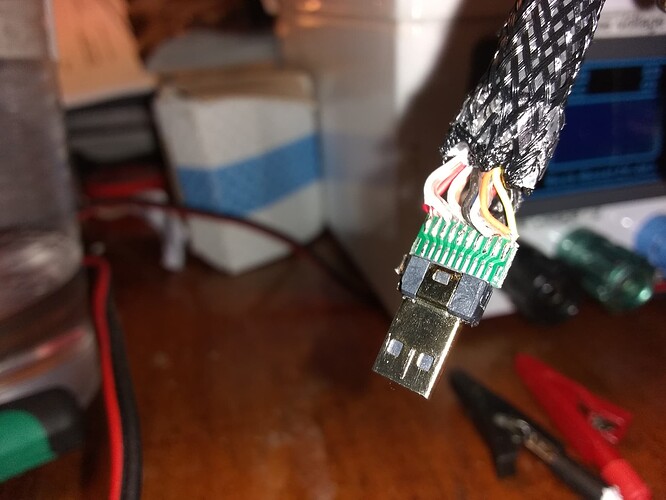 . . . and re-form it into the right-angle connector I need (before re-potting with epoxy). 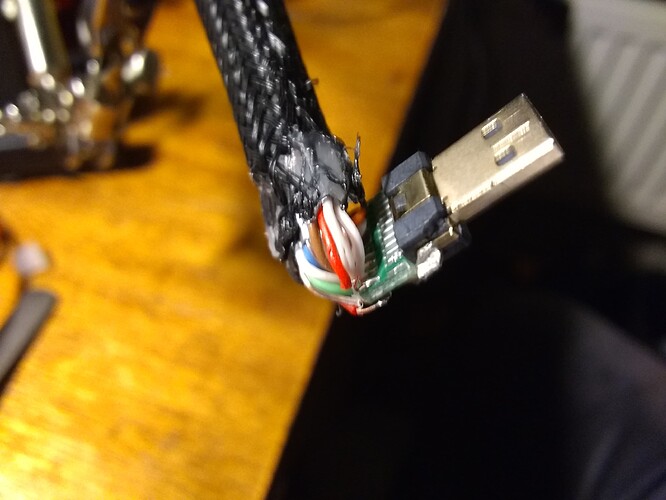 Amazing indeed. You are a cable master.

I had just seen that recently, but haven’t had occasion to test it. Congrats on getting it to work.

I agree with @cyclicalobsessive - you are a cable master!