Is it possible to get the temperature of a room with GoPiGo2?

I’m a beginner in robot programming and using Raspberry etc…

I wanted to make a GoPiGo program to detect the temperature and send it to an Android application and I wanted to be sure it is possible to get a temperature using the GoPiGo2 and a temperature captor like the DS18B20 or the LM35, could anyone confirm me if it is or not possible, and if possible could anyone let me know what piece of hardware (DS18B20, LM35??) needs to be used for that and which port I should use?

Is that what you’re looking for?

I’ve noticed this DHT sensor on the website a little bit after writing my topic, but I have already at disposition DS18b20 heat sensors and I think it could be more interesting to try and work out with those (because it’d take less time to get working on it, and because it’d spare money for other things).

I’m curious to know if someone tried and managed to use another sensor than the one on Dexter’s site.

Thank you very much for your answer and your time.

A quick Google search on the sensor you want indicates that it uses the 1-wire protocol for communication. The GoPiGo does not support it but you could connect it directly to the Raspberry Pi.
Adafruit has an old tutorial that should still work: 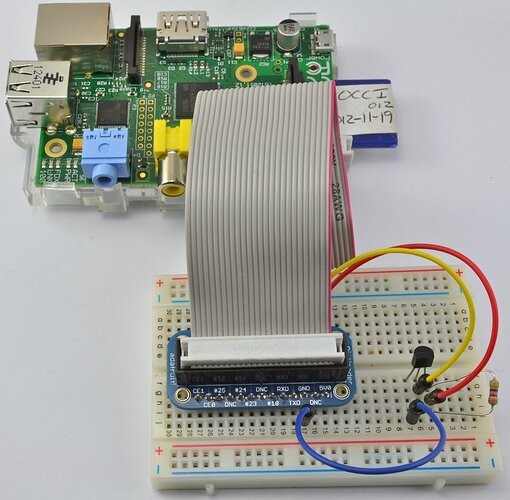 To be honest, this is not something I’ve done yet nor am I familiar with 1-wire. Maybe someone else can chime in?