"Mini Pupper" promises "outstanding" functionality, but at a price

It supposedly supports ROS, SLAM, (wham, bam, and all the other neato stuff), too. 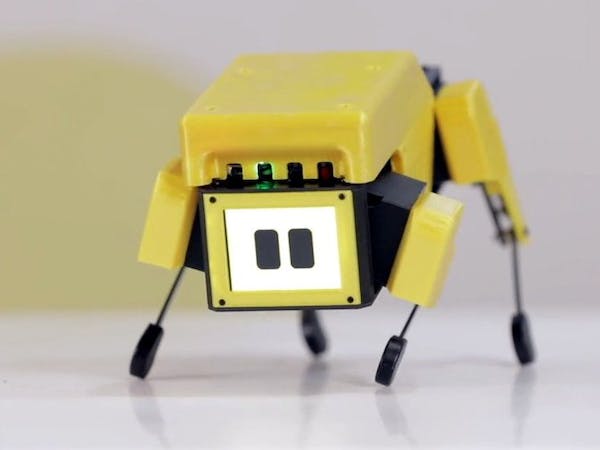 MangDang's Mini Pupper Is a 12-DoF ROS-Compatible Robot Based on Stanford's...

Of course, it is missing a camera and LIDAR, and substantial programming.

The camera and LIDAR are “options”.

Completing the software’s development is left as an exercise for the reader.

IMHO, for over $4k, those things should be included.  Along with a bottle of something good as a reward for actually finishing up the software!

Crowd-sourced robots are crawling, rolling, driving, and strafing (Mecanum) into the “promised land”

I’m pretty sure a pet rock will give more enlightenment than any of them.

I’m pretty sure a pet rock will give more enlightenment than any of them.

It appears that robotics and AI are the new fashion in tech, like IOT.

Now we have “pet 'bots”.  Next, chia-'bots where the 'bot both grows the salad greens and delivers them.

After that?  Who knows?  Grand Theft Robots?

And yet the “good 'ole GoPiGo” is still going strong and (IMHO) you can’t beat it for the price.