Continuing, (actually forking), the discussion from My "New" Remote Camera Robot Project - I have created a sub-topic to discuss visual/functional enhancements to the browser display being shown to the user.

The goals of this topic are:

Provide browser animations, (like moving “pippers” on the axes), based on control inputs.

I’m a long way from including IMU data.

And, (if I remember rightly), aren’t YOU the one who called down every ancient and modern curse on the IMU because of its i2c fussiness and because using it was a pain in the tush?

I suspect that in order to get a centered, non-repeating overlay, I will have to create a viewpoint window centered within the main window, just for the display items like the graticule and “pippers”.

aren’t YOU the one who called down every ancient and modern curse on the IMU because of its i2c fussiness and because using it was a pain in the tush?

But I can see you are into S-M, so it is only natural you would want to finally use that IMU for something.

But I can see you are into S-M

You, Mr. ROS, who likes nothing better than to wage The Battle Of The Mutexes and is waiting for a good opportunity to re-write the i2c routines for the GoPiGo?

And you’d be right, but I think it’s a common disorder among robot hobbyists. 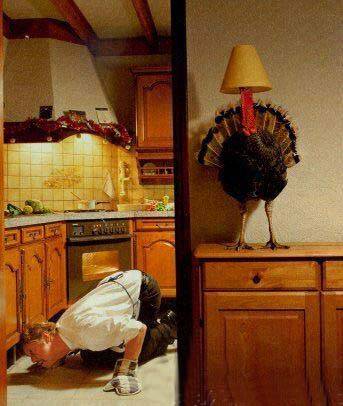 By the way, getting the browser to absolutely, totally, and completely refresh and drop cache is a non-trivial exercise, so I did something sneaky: 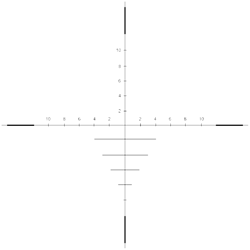 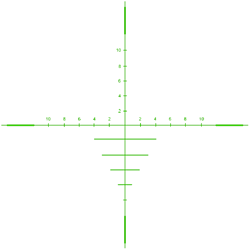 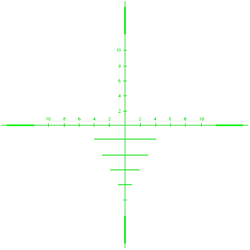 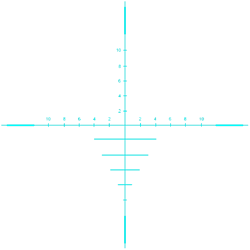 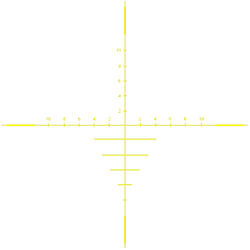 I created several versions that are different colors.  Every time I make a change, I reference a different colored overlay image.  This way I know when the browser is REALLY running the most recent code.

I now have a secondary overlay on the right hand side for status information from the robot. 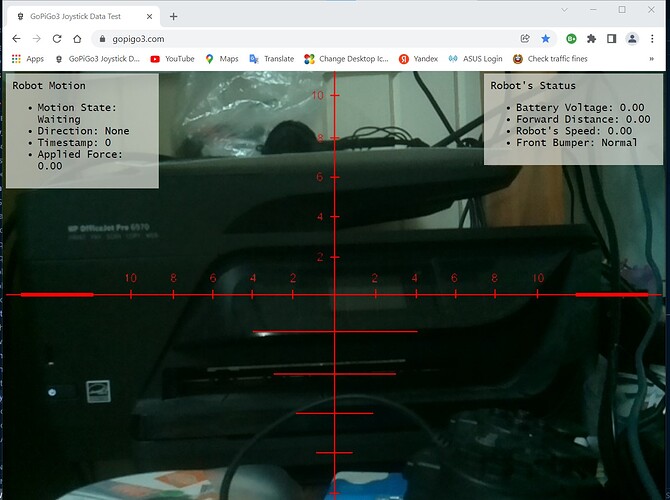 I am also researching Server Sent Events which, though it has its own issues, (and what doesn’t these days!), it seems perfect for the kind of periodic message updates I am looking to implement.

The current status box on the right-hand side is just a static display right now.  Once I get Server Sent Events working, I’ll be able to update it.

P.S.
I don’t know if I am going to keep the graticule or not.  I’m still looking into a way to animate a “pipper” on the axes.

“Da’ bitch part” is that for SSE’s to work, they have to be in a separate thread.

Threading = classes.
Classes = complexity.
Complexity = “How do I troubleshoot this thing when, (not if, when), it decides to go all pear-shaped and doesn’t do what I want?”

I’m having enough trouble getting css and html to play nice together in the sandbox.

And to be honest, threading scares the *&^%$#@!!! outta me as I have no clue how to chase problems in a piece of code that has gone off somewhere else to do whatever it wants.

Part of the problem is the lack of basic understanding of what a fair amount of this does - like classes, the streaming methods, Flask itself as a server environment, etc. etc. etc. - so I just keep cutting-and-pasting the stuff together into a Frankenstein’s Monster of code snippets glued together with bits of stretchy-string, duct tape, bubble-gum and good 'ole fashioned spit.

I, myself, will admit that this code is in desperate need of being seriously refactored - bits and pieces are scattered around everywhere - and keeping track of what what is, (and who’s on first), is becoming a non-trivial burden.

I am actually seriously considering abandoning research temporarily and taking some time to sort this mess out.

Ideally, what I would like to see is the programmatic equivalent of “cubelets” - small pieces of code that can be put together to do what is needed with a minimum of interface complexity.  And, (AFAIK), that means classes again - as a way to make “cubelets” out of my processes and procedures.

That being done, these little blocks can be shared with others - like the gentlemen trying to get smooth motor control out of their robots - in a way that makes their life easier.

And, to be perfectly honest, though the EasyGoPiGo3 classes and methods are a huge advancement over the “Arduino-like” low level programming that a lot of robotic projects have had to use, they’re still, (IMHO), needlessly complex.  Ditto the ROS solutions where everyone listens and publishes more than The New York Times.

I want to see a “class” of motion actuator routines that can take simple x-y values, (like those that come from a standard gamepad/joystick), and translate that into smooth, repeatable and controllable motion.  I also want to see something similar for pan-and-tilt head motion.  You say where and I get you there.  Smoothly and accurately.

Along with that, I want to see an expansion of the calibration capabilities.

For example, virtually nobody’s pan-and-tilt will be perfectly centered when set to “90-90”, so there needs to be a way to create and set calibration constants for the servos.  Ditto tweaking the wheel ratios so that when commanded to travel straight, the robot travels straight.  Ditto ditto the calibration of the joystick/gamepad layout.  And so forth.

And I want to do this in such a way that the user doesn’t have to have a dual major in quantum mechanics and rocket science to understand and use it.

One thing that has been an epiphany, is dictionaries.  This is a clever way to create structures that allow the user to manipulate relatively complex things by setting a simple attribute, or collect all the information about what the robot is doing by reading the entire dictionary.

It’s relatively simple to create a data-structure that contains key-value pairs for everything you need.

Obviously, there’s a lot to be considered and there will have to be compromises, but as Edward Teller said about inventing the H-Bomb:

It had to be done. [referring to Stalin and the US/Soviet arms race.]

Since it had to be done, and I could help, I did, and I was never sorry for having done it.

I’m going to have to bite, (byte), the bullet and figure it out, but I’m not expecting it to be easy.

Here’s an interesting article I stumbled upon reading about SSE’s: 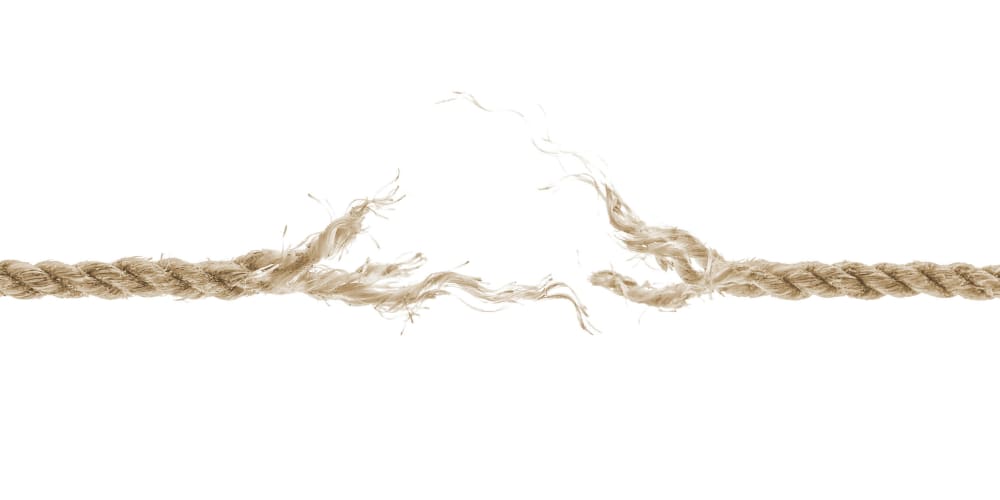 Server Sent Events are still not production ready after a decade. A lesson...

TL;DR I've had an incident with SSE that's caused real client pain, I detail it below Ser...

In this article the author talks about a client-server scenario that uses SSE’s as a way to broker messages back and forth between a server and client system - and in this case he’s using it to sync and establish login sessions!

Read the article and then see if you agree with my assessment:

My understanding is that SSE’s are a good choice for:

In other words, SSE’s are like a UDP connection - you’re pushing messages “up the wire” and hoping that there’s someone at the other end to get them.  If it’s an “absolutely, positively has to get there overnight” kind of time-sensitive message, you should be using something else.

Accidentally posted a message in the wrong place.

I moved it to: https://forum.dexterindustries.com/t/my-new-remote-camera-robot-project/8728/51

I know a great joke about UDP.

I could tell you, but you might not get it…

I know a great joke about UDP.

I could tell you, but you might not get it…

You’re gonna get a SMACK!

Now that I have accomplished that major goal, the next goal is real-time status reporting from the 'bot to the client.

What does that mean?

Server Sent Events looks like the way to do this with a minimum of overhead.  However, because of the way SSE’s are transmitted to the client, they’re not absolutely guaranteed to arrive - though there are workarounds by using things like a message number.  (and a database/queue to store previously sent messages - which I probably won’t implement)

The big question is how to do that.

I have several interesting articles I am looking at - and trying to understand - and I hope to have something working soon.