Am a GoPiGo newby, with my 8 yr old daughter.

When we try to boot the GoPiGo 3 we get the solid green light however the robot’s blue antenna LED never blinks. Is there something we can do to get wifi going with our current dongle?

thanks so much
Myles and Phoebe

Hello @mylesogilvie
DexterOS will only work with the Dexter dongle, or the wifi that is found on a Pi3.

However, you could choose to go with Raspbian, and install the GoPiGo robot libraries. Your daughter would be able to program the robot with Scratch but Bloxter would not be available.
Or you could get a Pi3 - which would be quite a bit faster than the one you have. The Pi3 would be quite an improvement, over the original Pi, and even over the Pi2.

Cleo thanks. It being half term I have finally managed to return to this project with my daughter. Using Raspian and installing libraries seemed too complicated for us, I do not even know how to plug ethernet into my MacBook air. So I bought a Dexter mini wifi dongle and hoped that would fix the problem. However when we started up yesterday it sill didn’t work. Can you confirm does the Dexter mini wifi dongle work with this setup? If not, how do I buy a Dexter dongle that does work - they are not for sale anywhere. Will buy a Pi3 if that is the ONLY answer but it didn’t sound like it from your response. thanks
Myles (please ignore my other post - same issue)

You don’t need a Pi3 to connect to DexterOS via WiFi if you’ve already got a Dexter Industries WiFi dongle. Can you tell us where you bought that dongle? Because we no longer sell these devices.

Also, depending on what version of DexterOS you’re running, you may need to update the image to the latest - that is, burn a new image on it. You can find all the instructions on the following page:
https://www.dexterindustries.com/dexteros/get-dexteros-operating-system-for-raspberry-pi-robotics/

Just pay attention to the instructions and you should be good to go.

If it it’s still doesn’t work after you burn a new image, then I’m wondering if it’s the dongle itself - if somehow, it’s not the actual Dexter Industries we have made it compatible for.

Hi - I have downloaded the new DexterOS image and the wifi dongle is now operational, i.e. the GoPiGo wifi network is visible in my drop down list. However when I try to connect to it from my MacBook - no IP address is assigned. I’ve managed to rig up an ethernet cable now from MacBook to GoPiGo, but I get the same result, no IP assigned. Can you suggest static IP settings I might use or how else I could try to activate the IP network on GoPiGo3?

Gentle nudge @cleoqc or @RobertLucian - any guidance on why IP addresses not being issued using a vanilla build ?

Which version of DexterOS are you on?
If it’s DexterOS 2 (regardless of the smaller numbers after that) it might benefit from running an upgrade on it. 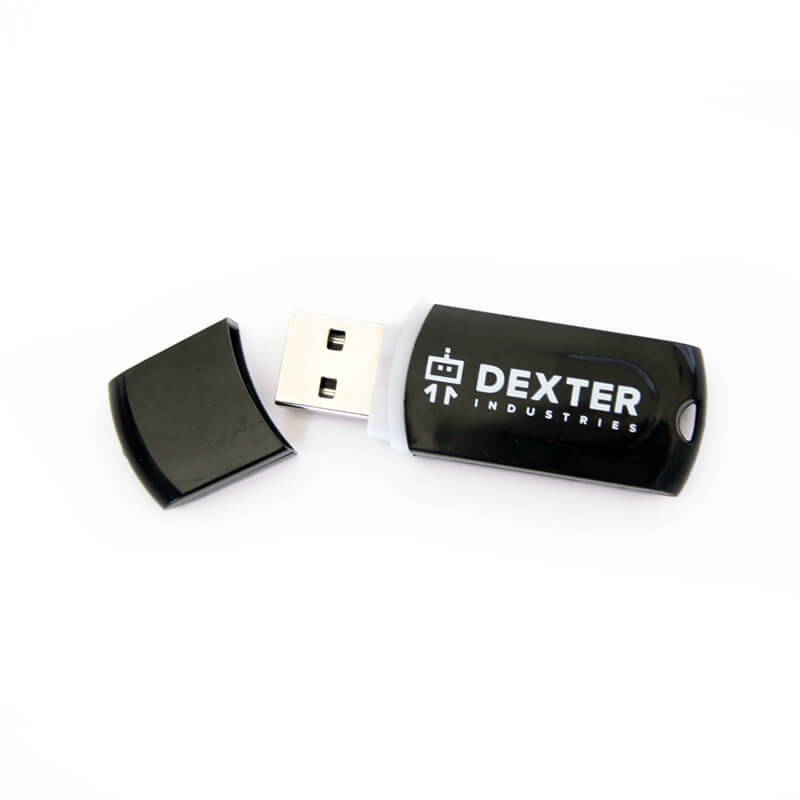 Update DexterOS: The Easiest Way to Learn Coding with the Raspberry Pi

DexterOS is the easiest way to learn programming with robots. We show how to update DexterOS software for single copies and for entire classrooms.

We’ve seen cases where an IP was never assigned, and the upgrade fixed that. Hopefully, yours is one such case.

Thanks Cleo. I have reflashed the SD card again this morning with DexterOS 2.5.1, but I was already on this version and identical response to previous. When the GoPiGo is first booted, the wifi light does not come on. When I shut down and reboot again, the GoPiGo wifi light does turn green. I am using the Dexter Mini Wifi dongle. I can see the Wifi Network in my drop down. When I connect - no IP address is assigned. I thought could get around it by connecting screen and keyboard and logging in to reconfigure GoPiGo networking, however seems like that is not possible with DexterOS. I’ve wasted hours with GoPiGo and my daughter long gave up her present ever actually working. Its been the opposite life lesson that I hoped she would learn. What with incompatible Wifi dongles and incompatible builds and locked down images that are meant to be simple but for some reason don’t work in my context - all the failings of the Technology community are represented by this gadget. Before I chuck it in the bin, I will attempt the Raspian for Robots build.

Could you drop us a line at support@modrobotics.com with your full shipping address and a good phone number for our carrier? I’ll check with our team on what would be the best way to finally get your GoPiGo booted up!

Thanks for your patience with this. Talk soon,

I am using the Dexter Mini Wifi dongle. I can see the Wifi Network in my drop down. When I connect - no IP address is assigned

I just noticed this thread. . .

First of all, Dexter Industries has gone through a major upheaval in the last year-or-so, (aside from that caused by the Covid-19 pandemic), since they have “joined forces with”, (merged with), Modular Robotics and it’s been the usual post-merger s-storm over there.

Though I am not an official part of Dexter/Modular Robotics, I have gone through so many “mergers of equals” (<== oxymoron), that I understand the post-merger struggles they have had. In as much as I, a fellow follower of the hardware/software industry can do so, I apologize for any appearance of your issue “falling through the cracks”. Had I seen this earlier, I would have immediately hopped in to try to help.

Interesting that you’re not getting any WiFi activity.

Would you be kind enough to remind me what Raspberry Pi board you’re using?  If it’s a Pi-3 or Pi-4, an external dongle is not necessary.

If you have a Pi-3 or Pi-4, have you tried this without a dongle?

I am interested in what your results are - I might want to investigate this myself. (Sound bite: Evil laugh from the software/hardware testers!)

Update:
I just saw the part mentioning you’re using either a Pi-1 or a Pi-2.

“Theoretically” - it’s all one big beautiful world with the Raspberry Pi.

In practice, things have come a long way since the Pi-1 and Pi-2 have come out. Especially the complexity of the Raspbian O/S that all of Dexter/Modular-Robotics releases depend on - it’s not a 2 gig SD card containing NOOBS and every image known to man anymore. It’s a 6+gig image just for raspbian, plus any add-on’s that Dexter/M.R. add to it.

If you have not already done so, allow me to seriously recommend you upgrade to a raspberry Pi-3.  (For the time being, avoid the Pi-4).  They work with the Dexter 'bots, but there are issues that are still being resolved.  Not “Dexter/M.R. issues” but issues with the new hardware paradigm introduced with the Pi-4.

Using a more modern Pi will give you all the benefits - a bigger, faster processor, integrated WiFi and Bluetooth, and a broader range of compatibility. Not to mention missing all the angst and bother!

Buy a heat-sink kit too and put the big heat-sink on the top of the big Broadcomm chip after swabbing it off with alcohol.

Thanks for your response. Its a pretty old Pi and I does not have Wifi - I believe a Pi2. Is currently in the robot so hard to read anything written on it. Originally purchased for use with a PiTop unit (clamshell laptop using Pi motherboard) a good 5-6 years ago. Originally had an OEM wifi dongle but I purchased a Dexter Industries mini dongle from the Dexter store. Says EP-N8508GS on it. Can’t get the wifi light to turn blue. I have now flashed the chip with Raspbian for Robots but guess additional configuration is needed for this build as the wifi light doesn’t come on be default.

It does have the Pi camera attached in case that’s of relevance.

First of all, please see if it is possible to upgrade to a Pi-3 and heat-sink.

I hadn’t thought of testing this with an external dongle.

I should get out a couple of my earlier-generation Pi boards and test with them too.

Seriously!  I really appreciate you bringing this up as it not only lets me help you, it gives me better and more evil ideas to test with.

Just seen your update. thanks again. I might do that!

I hadn’t thought of testing this with an external dongle.

I should get out a couple of my earlier-generation Pi boards and test with them too.

. . . and when I get back to The States, (I’m currently stranded overseas because of the pandemic), I’m going to have to get a second complete 'bot kit, just for testing!

My poor 'bot Charlie doesn’t like being continuously disassembled and reassembled.

You do what you can with a Pi-3, and I’ll hammer this at my end with an earlier Pi and a dongle.

Just seen your update. thanks again. I might do that!

It really breaks my heart to hear of someone not getting use out of a present because of some stupid software/hardware glitch.

Especially to have someone like your daughter, (or my granddaughters), give up on something as totally cool as the GoPiGo because of something stupid. I want to see more women in the industry, (like @cleoqc), because they provide a different viewpoint and see problems differently and something like this makes my blood boil!