I just read a post and @JohnC said not to run motors with the BrickPi plugged into the wall. I didn’t know and I sorta did that. Everything seems to work, is there a chance I could have broken something? And Could You please have a page that tells you what not to do? I don’t want to break a $180 kit.

Hey @graykevinb, I don’t think that you broke anything; do the motors work?

We have our BrickPi setup instructions here.

And specifically, there’s a page (with a big diagram) on how to power the BrickPi here. 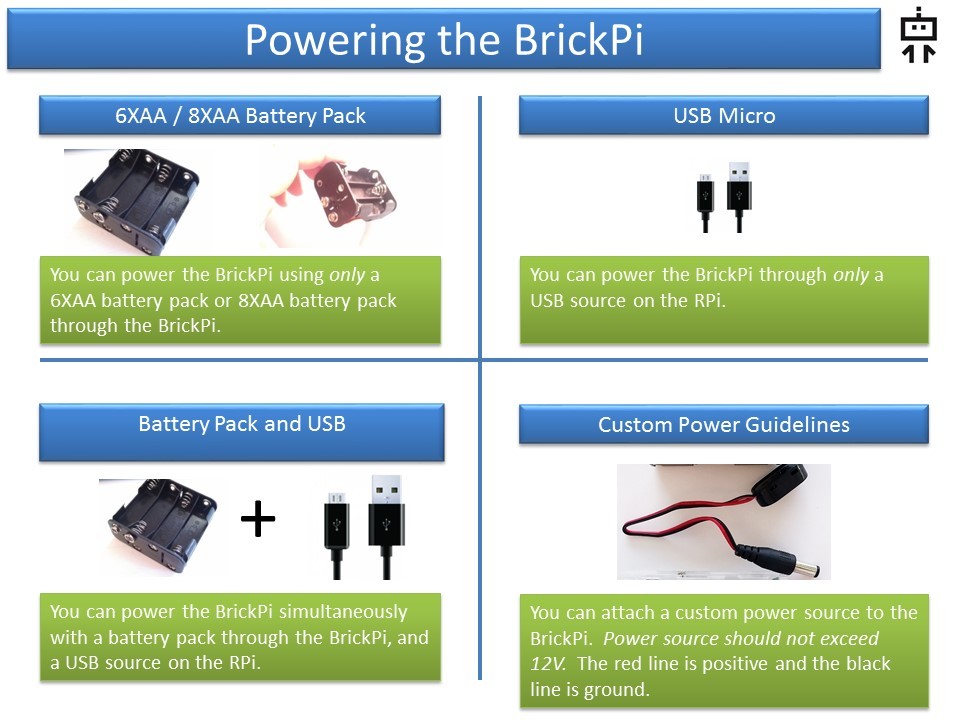 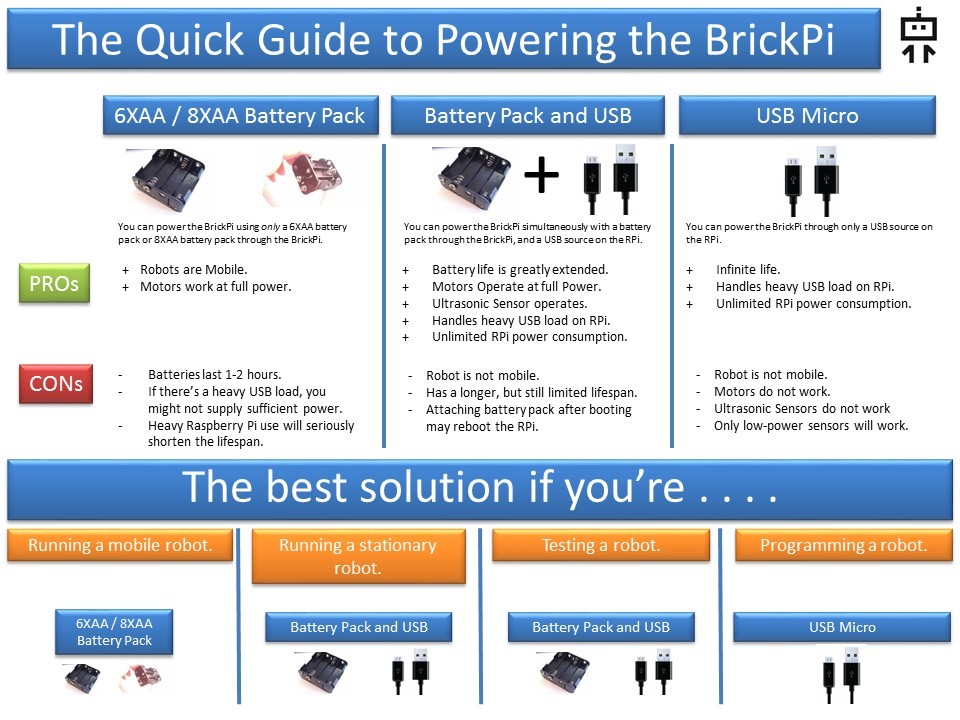 Yes, I was just afraid I could have reduced the lifespan of it. Kinda like your phone can survive only so many drops and it breaks.

I’ve been working on some code to turn both motors at the same speed (Proportional Integral Control, originally from alexkniffins I think).
I found that running off just RPi power (USB Mico?), that the motor speeds varied widely. It was a good test of the python code to keep them in line.
Running off batteries & USB was much more consistent.