Robot Character For My ROSbot 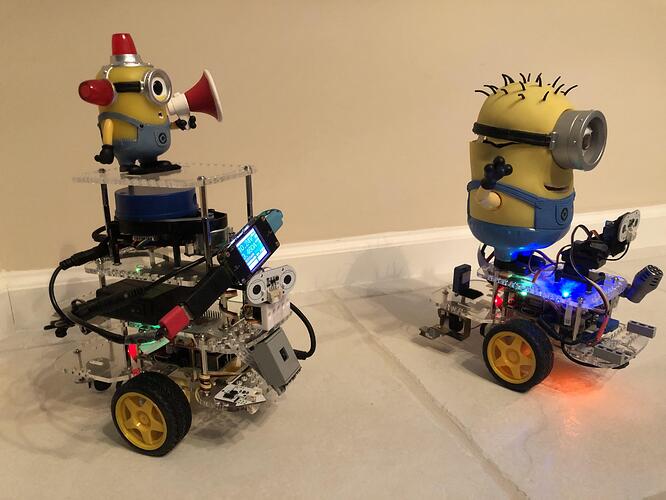 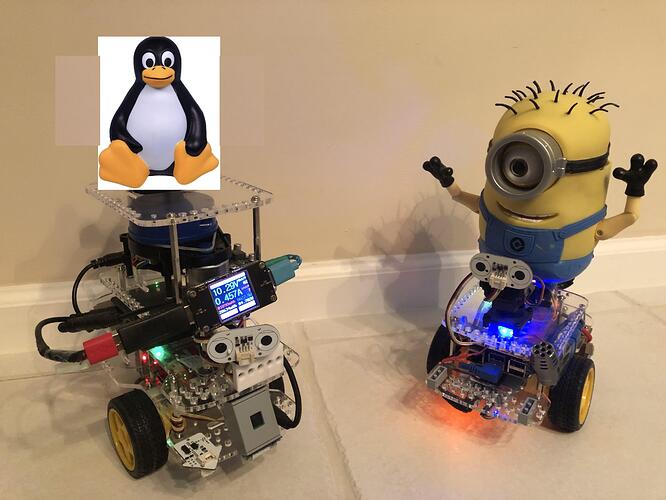 Regarding the screen-thingy. You had mentioned using some sort of converter to provide power to the lidar. I would have guess that that was it, but it looks like USB going in and out, which doesn’t seem to jibe with the 10.29 volt reading

The LIDAR 5v is here: 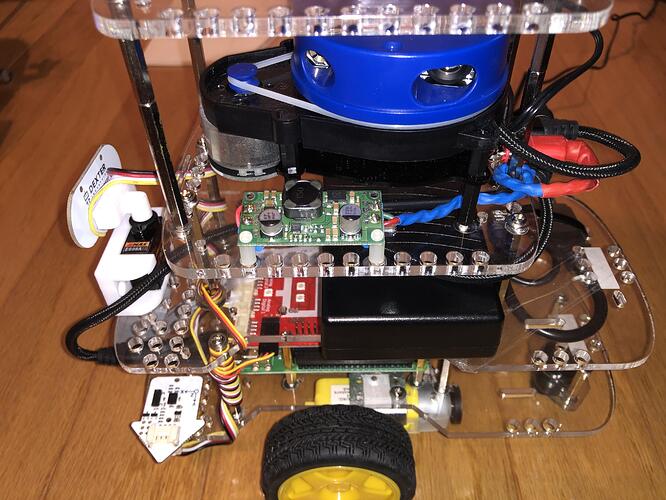 I had it in the junk box so it was cheaper for me than ordering a new battery with the switched 5v USB. (The supply also has a logic level (0v) “disable 5v” input for future flexibility.)

Definitely makes sense to use what you already have. Especially if it gives you extra flexibility.
/K 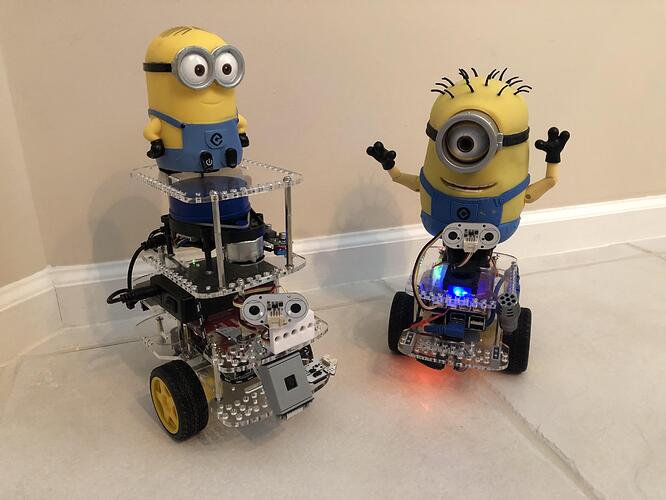 Do these characters have pre-defined names?

Do these characters have pre-defined names?

These are some of the “minions” of which we know their names - either from the voice credits or the toy marketing: 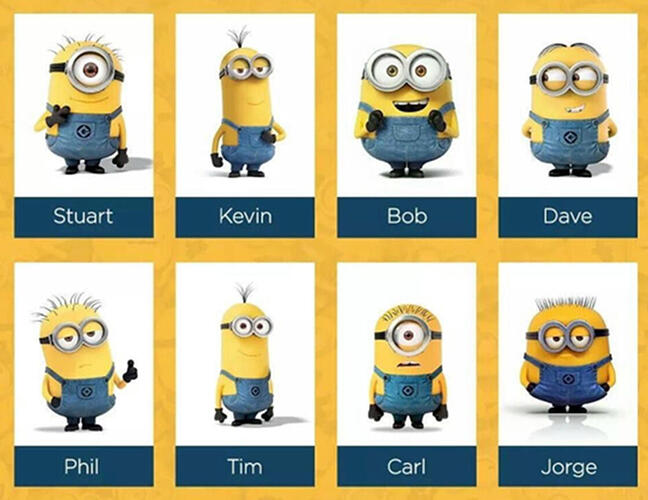 What’s with the goggles?

What’s with the goggles?

You have mentioned grand kids. Sit down with them and say “Despicable Me” into your TV remote to see the 2010 original, or “Minions” to see the 2015 prequel.

"Minions have existed since the beginning of life on Earth, and desire above all else to serve the most terrible of villains" (not sure what that says about me creating my two minions…)

I had to go back and check - Carl is really Carl: 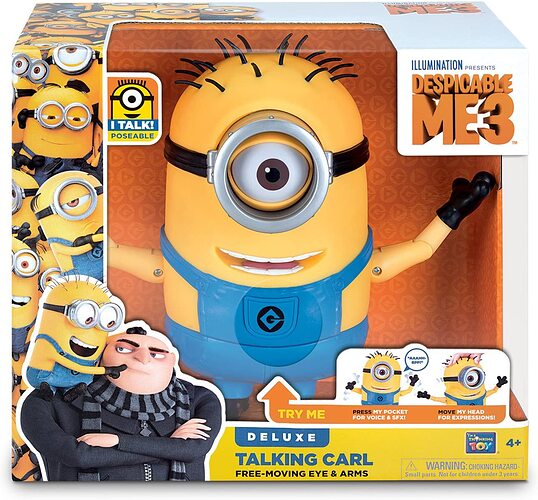 You have mentioned grand kids. Sit down with them and say “Despicable Me” into your TV remote

That assumes that you have a voice-remote, or even a TV. I have neither.

They would know more about Masha and the Bear (Маша и Медведь) than Despicable Me.

Look up Masha and the Bear. It is, (IMHO), the best a animated series of the post-Soviet era and has been translated into multiple languages and is a regular feature on several cable channels.

That assumes that you have a voice-remote, or even a TV. I have neither.

Ok - but Google claims it is available in Russian and English for streaming to your computer with Netflix International. Just saying.