[SOLVED] GoPiGo3 motors are not rotating on basic test

Just got GoPiGo3 adv. kit and assembled it.

I am able to do following,

I attached the diagnostic log.log.txt (6.4 KB)

Based on the diagnostic logs, you don’t seem to have battery power. The GoPiGo3 will not trigger the motors if it doesn’t have enough voltage for it. The Pi power is not enough.

Thanks for the pointer.

I suspected loose connection in the cables that go from motors to the dex board.

After reattaching the wires, I did not see any difference .

I have attached some pictures of the device. 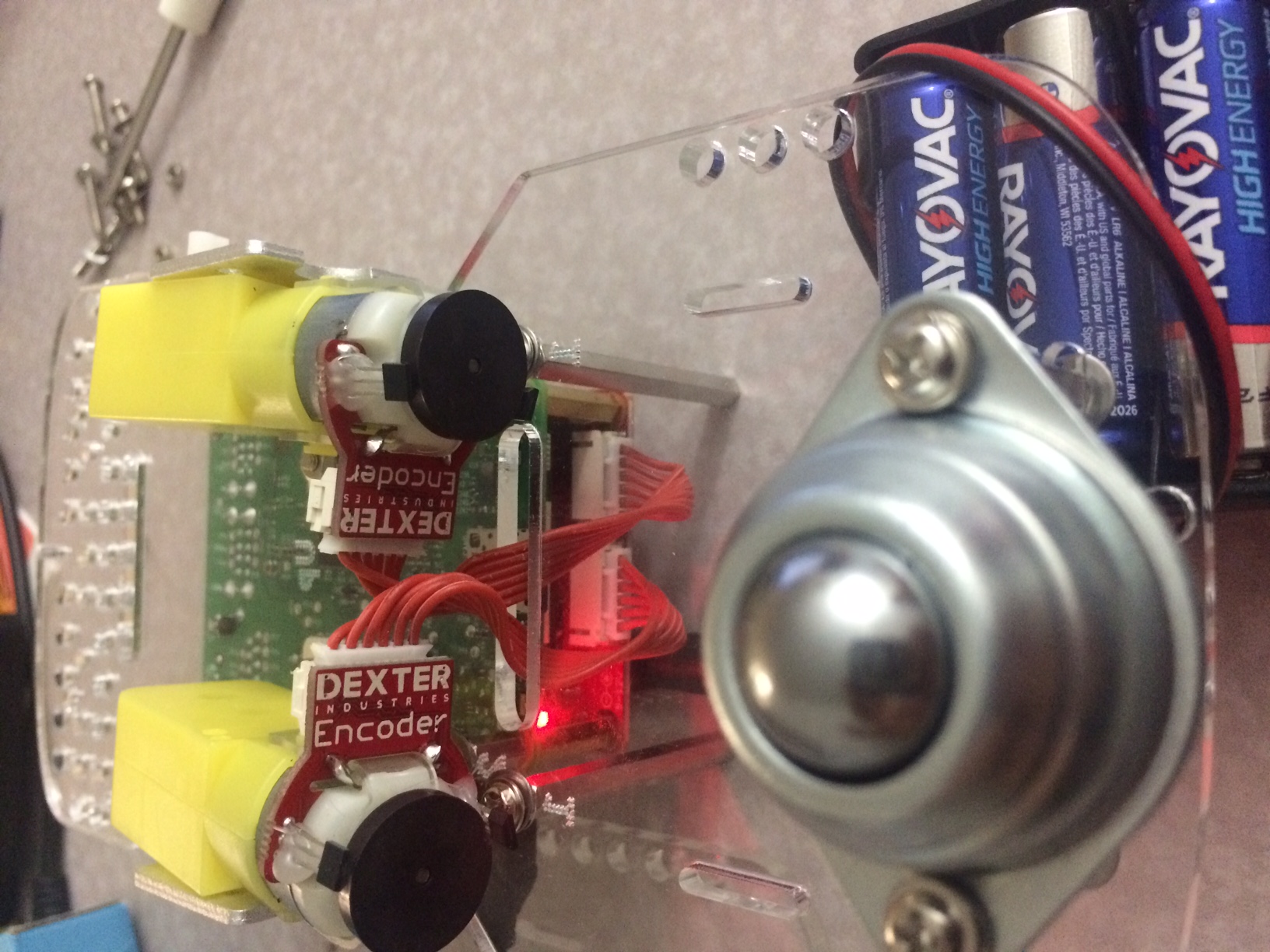 @vms ,
thanks for the photo, the cables do look fine.
Could you run the program called Read_Info.py found in /home/pi/Dexter/GoPiGo3/Software/Python/Examples, and post the results please?

I cloned the following and ran install.sh and Read_Info.py
https://github.com/DexterInd/GoPiGo3

Message:
No SPI response. GoPiGo3 with address 8 not connected

Do I need to upgrade firmware or anything else?

Read_Info.py has always been released with the code as far as I know. Is it possible that you happened to check under ~/Dexter/GoPiGo by mistake and not ~/Dexter/GoPiGo3 ? I know i do that all the time.

Our preferred method for installing the GoPiGo3 would be
sudo curl https://raw.githubusercontent.com/DexterInd/Raspbian_For_Robots/master/upd_script/fetch_gopigo3.sh | bash

but what you did is basically the same thing if you cloned it into /home/pi/Dexter/GoPiGo3. Or did you choose another folder?

And finally, could you paste the content of your /boot/config.txt file?

Yes i am running Raspbian for Robots.

There is no ~/Dexter/GoPiGo3 folder.

After I ran the command below the folder is present.
sudo curl https://raw.githubusercontent.com/DexterInd/Raspbian_For_
Robots/master/upd_script/fetch_gopigo3.sh | bash

I have attached the config file.

First I apologize, I missed one crucial point in your very first post.

You’re using a GoPiGo3 as seen in the photo.
However you were using the gopigo library
import gopigo

You need to use import gopigo3, or import easygopigo3 (this one gives you easier to use commands, so it depends on your level of expertise and your goals)

You say there wasn’t a ~/Dexter/GoPiGo3 folder. Did you get an SD card with the kit or are you using an old one? Either way, your card seems not up to date. I would recommend doing a DI Software Update. It will probably take a long time as the Raspberry Pi Foundation has done some extensive changes in the last couple of months and the Software Update will make sure you get them all (security updates, new editors…)

As the GoPiGo3 folder is now on your card, did you try the Read_Info.py program ?

The code seems to have changed a lot between 3 and earlier versions of GoPiGo.

I want to program following,

@vms,
thanks for letting us know it’s now working. Again, my apologies for not seeing the discrepancy between GoPiGo models right from the start.
And yes, the code has changed a lot. We do think it’s for the best though.

@john already answered a bit about your extra question. I just wanted to add that the line follower might be good for indoor routing, if you don’t mind installing a line on your floor. Otherwise, a map would be good. A GPS might not solve your issue because the Grove GPS doesn’t work all that well indoors (it’s fine outdoors).