So you can have your GoPiGo3 up on ROS2 in 1 hour:

You can look into my multi-booting threads where I described how to package things.

I haven’t created a “universal” script but it should be doable.

The big issue is that when you do create the image, you have to preserve all the attributes, including extended attributes and ownership, as well as preserving both soft and hard links.

It’s not difficult, but it’s not trivial.

There are several major steps:

There are imaging tools out there for Raspberry Pi images, some claim to automagically clean things up. It will just require some searching.

Right now all the systems here are occupied by the granddaughters this week while they are on their “fall” school holiday. Once that’s done I can help with this.

I set up the image with:

Use a “shrinking” utility

I found a Linux script tool PiShrink which purports to shrink the image - Hopefully it will work for a Raspberry Pi Ubuntu image.

If I can get this to work, it will cut the install time from 1 hr to 10 minutes.

In any event, you can verify if the image is valid by trying to mount it with archive mounter. You can install it from the repositories if you don’t have it.

Oh, blast. You don’t have a desktop so you will have to try to loop mount it.

We’ve all, (especially me!), have been interested in the details of your packaging and build process for a while now. . . .

Indeed you have. Hopefully all the “___ has been deprecated and will cease … “ takes as long to become real as the termination of Python 2 after it was first warned.

I saw so many warnings that I was astounded that my system even boots. I don’t have any automated tests to ensure my system even should be shrunk and unleashed.

It took a while, thinking about this … you reminded me of what I forgot about to prepare for imaging - remove the Dexter/gpg3_config.json file! My image, as is, would force 16 tick motors on an unsuspecting user.

The PiShrink log claims to have done all the removals that @jimrh mentioned giving me an image to test now.

an image to test now.

It booted, the GoPiGo3 power service turned the green LED solid, and it connected to my WiFi correctly, but I can’t ssh in.

So close, but so not.

It booted, the GoPiGo3 power service turned the green LED solid, and it connected to my WiFi correctly, but I can’t ssh in.

Turns out this issue was filed an a fix is in a pull request. Looking up.

Now you know about the pain involved with creating, testing, packaging, and distributing an O/S package - there’s always “something else”!

GoPiGo3 in the “ROS News” 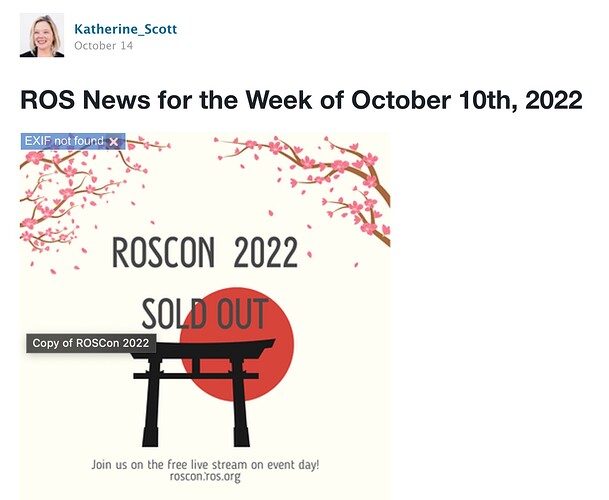 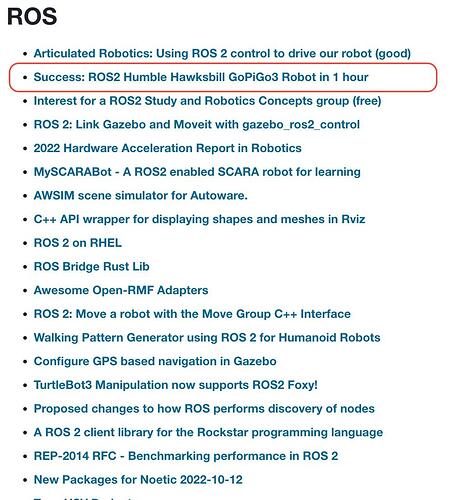 Success this week bringing my Raspberry Pi 4B 2GB ROS2 GoPiGo3 robot Dave up on Humble Hawksbill and Ubuntu Server 22.04 Server Jammy Jellyfish. Got the complete headless install process down to 1 hour from raw SDcard to teleop controlling the ROS2...

Just what we needed - more publicity!
(

Totally agree, great plug for the best small robot on the planet! (At least IMHO. . . .)

Wow! How did I miss that! Congratulations!