Hello
I have just spent 80 GBP on this kit, and followed the instructions onscreen to get the twitter project working, but it does not, the code in the book is different to the code in the projects folder. I set up the Raspberry Pi verbatim new install with new Raspian installed , then sd card setup as per the booklet. All is weel at this point.
I then place the 4 sensors into the ports as requested in the website but the ports in the wifi_twit are different???
I manged to get one tweet to my twitter acount all with o readings and then the command window just reads Duplicate Tweets and no more tweets to twitter account as expected from the 60 second tweet code.

Please could someone assist me as at this point it seems to be a waste of my money and time. Or could you at least let me have the correct source code.

As for Twitter itself, it never allows duplicate posts, so if your readings end up being the same, twitter will reject the tweet as being a duplicate.

Are you referring to the booklet that comes with the GrovePi starter kit?

Hello yes the booklet came with the kit I purchased today

@cleoqc i HAVE FOLLOWED THE WAY YOU DESCRIBE WITH SOME SUCCESS 2 OF THE SENSORS DO NOT APPEAR TO SHOW DATA, ANY ADVICE 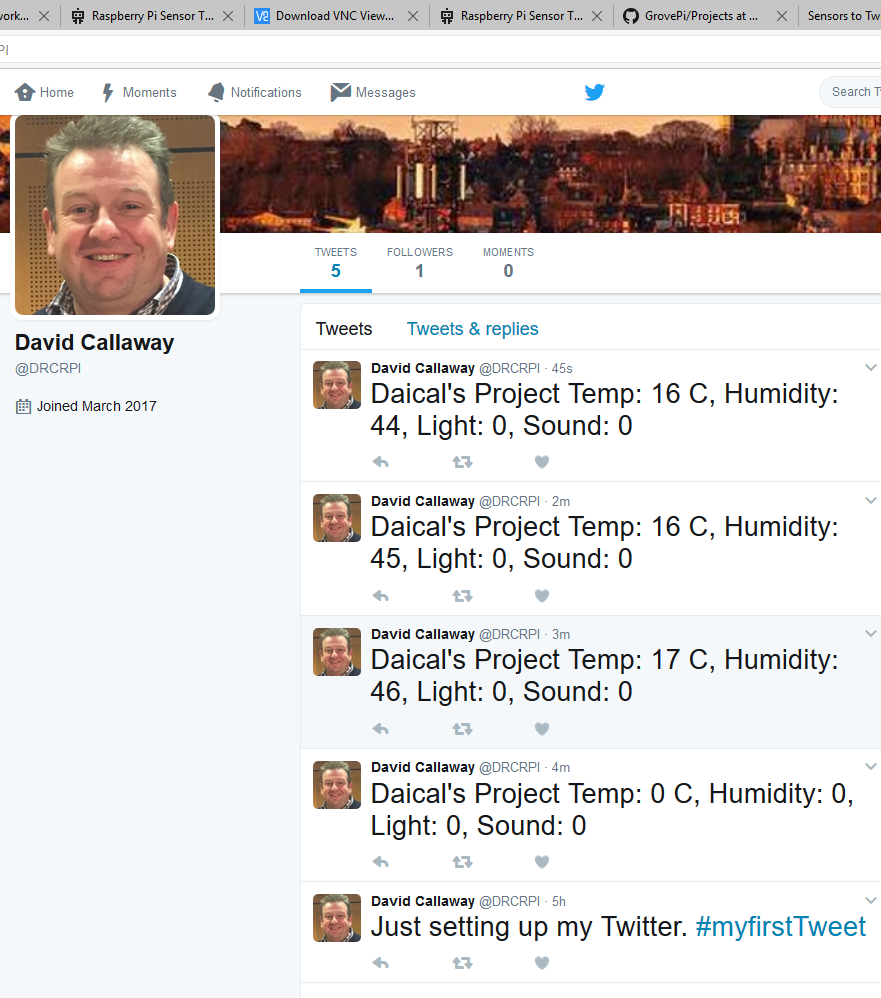 sorry for the capitals

What do you get at the command line?

@cleoqc the sensors are in the correct port and when I run the program it gives me the readings at the command line and updates every 60 seconds?