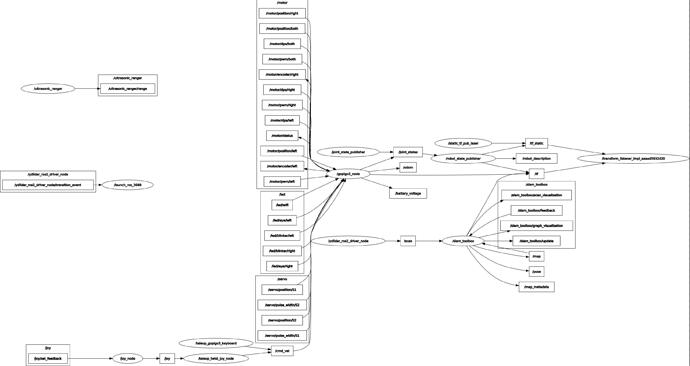 The wheels don’t get left behind now! (Robot State and Robot Joint Publishers at work) 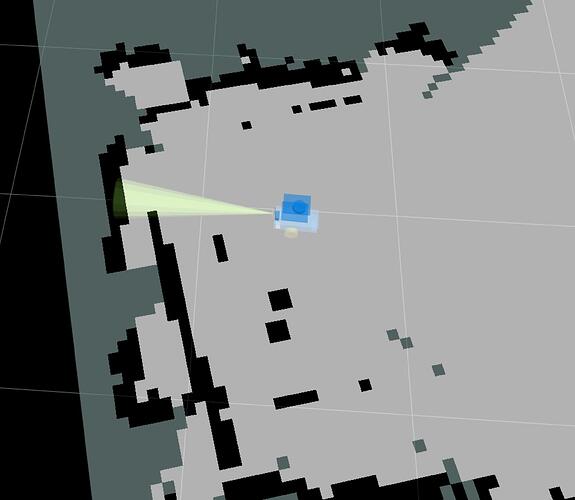 What a can of worms?

Or better - what a bucket of baby rattlesnakes?

Why am I always finding out I’m the one bleeding at the proverbial bleeding edge?

Why am I always finding out I’m the one bleeding at the proverbial bleeding edge?

Bleeding edge? Heck - I think you’re beyond that. I’m thinking of a metaphorical wing leading edge as it transitions past the sound barrier. That ringing in your ears you hear is from your bleeding edge sonic boom

They used to think a little bleeding was healthy, no?

I bled today but I think I’m going to survive this one. Party soon.

I tried video for linux, libcamera from apt, opencv, picamera2, gstreamer, and finally built a personal copy of libcamera and libcamera-apps from sources.

My Ubuntu 22.04 Server can now, finally, successfully snap a jpeg (in 6 seconds) using the libcamera-jpeg app.

I found an example ROS 2 “single frame” publisher that I hope can pub the jpeg. It won’t give remote video, but it should at least allow remote viewing at 5-10 frames a minute! 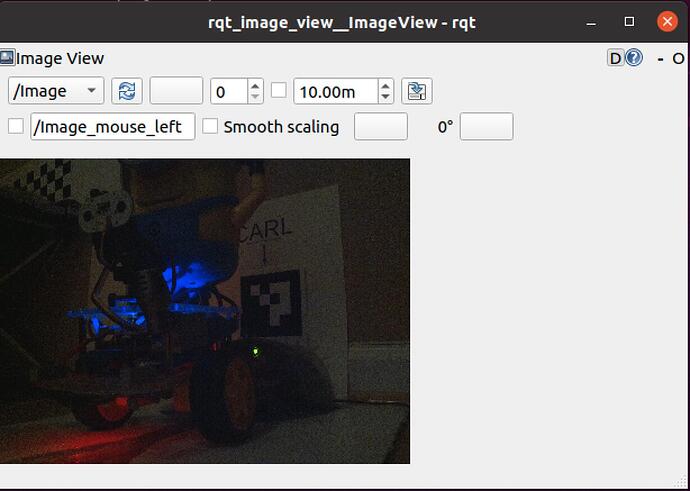 The ros2_libcamera_pub is publishing a new image about every 10-12 seconds.

Adding this image publishing node (with 1Mpx 1296x730 images…) to the running nodes:

With the Pi4, there’s still some memory, cpu, and temperature headroom for onboard navigation. Don’t know what the situation would look like on a 1GB Pi3B+ though. My Pi3B+ burned out so someone else will have to test that when “image 4” comes out.

Is there anything more a ROS2 GoPiGo3 could want for?

Was this supposed to be a link?

Was this [ /Image topic publisher ] supposed to be a link?

No, missing from the list of what was working in my ROS 2 GoPiGo3 features was the usual handling a camera sensor as a basic remote baby room monitor ( publishing video as a ROS message packet called a “topic” ).

When PiOS went 64-bit it left the PiCamera without a working driver. Eventually they introduced “Legacy Camera” while they got their act together to support it the way other Linux distros were.

Traditional Linux distros were in transition themselves in both the audio stack, and the Video for Linux stack which made the change on the Raspberry Pi even more difficult.

The PiOS eventually published new “libcamera” based replacements for the Raspbian raspistill and raspivid command line applications, and the user community scrambled to figure out how to update the heavily relied on PiCamera Python bindings. The Pi Foundation called libcamera-still and libcamera-vid “demo applications” for developers to understand how to write applications for the Pi using the new 64-bit stack.

The GoPiGo3 software development/maintenance was turned upside down.

The OpenCV on Raspberry Pi was thrown to the dogs for a while with all their RPi example programs no longer working.

The ROS community was in the midst of a transition from ROS 1 on 32-bit to ROS2 on 64-bit operating systems, so not only were they completely rewriting how to do ROS things they could not offer how to support video cameras either PiCamera or USB web cameras on the Raspberry Pi.

The “certified” release of Ubuntu for Raspberry Pi has been a big deal, bigger than most Raspberry Pi users understood, but as this little educational computer has grown into a basis for commercial products every change has become more complicated and more critical to get right.

ROS 2 recently moved from Ubuntu 20.04 to Ubuntu 22.04, and with the Raspberry Pi release of a certified Ubuntu version, the Raspberry Pi joined the Ubuntu “Tier 1 Platforms” and the ROS 2 Tier 1 platforms. The means that if you can managed to put Ubuntu 20.04 or 22.04 on your Raspberry Pi, installing ROS 2 on Raspberry PI is as simple as sudo apt install ros-humble-base.

The GoPiGo3 doesn’t need ROS, and doesn’t need a general purpose computing operating system. I have felt that the ROS community needs the GoPiGo3. People around the world are “discovering ROS” and needing an educational platform. The ROS community has been big on simulation, and for a long time the TurtleBot was the primary hardware embodiment of an educational platform for mobile robots. TurtleBot has been evolving and going up in price, leaving an opportunity for the $300 ROS GoPiGo3 to play in making robotics education fun and more affordable. That “opportunity”, amidst OS changes and the GoPiGo3 product maturity (limited investor enthusiasm) as well as some souring of investors on the hype of robotics, did not have any takers.

Back when the “Hands On ROS with GoPiGo3” book came out I hoped we would see more ROS learners appear here on the GoPiGo3. I think out of the whole world, there were less than 10 ROS GoPiGo3 robots created, so I have to remind myself that the “opportunity” might be a total phantom.

In my usual curiosity, I wanted to prove it possible to make a self-contained ROS2 GoPiGo3. Publishing video turned out to be beyond my abilities, but my sequence of /Image topic publisher will enable learning basic off-board image processing on a budget for the audience of zero.

Eventually the stock ROS 2 v4l2_camera_node will work with Ubuntu 22.04 - Video-For-Linux2 - libcamera - Raspberry PI - PiCamera stack and I have included that node in my image already.

Two years ago, ROSbot Dave did not have a remote image capability. Today he does - sort of.

I have felt that the ROS community needs the GoPiGo3. People around the world are “discovering ROS” and needing an educational platform.

Agree - the current platforms are very pricy. OK for some universities maybe, but out of range for high schools and a lot of state colleges.

Back when the “Hands On ROS with GoPiGo3” book came out I hoped we would see more ROS learners appear here on the GoPiGo3.

Also agree. That’s what brought me to the GoPiGo3, and I had posted in the hopes of sharing my experiences with other new users - but those new users never materialized. You and @jimrh were already well established. I’ve certainly enjoyed it here, but not in the way I expected.

I will give the ROS2 stack a go on my 3B+ based GoPiGo3 once I know it’s working OK in base state.
/K 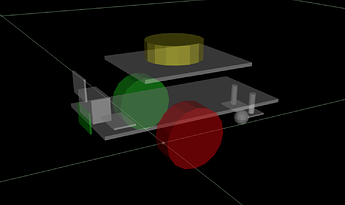 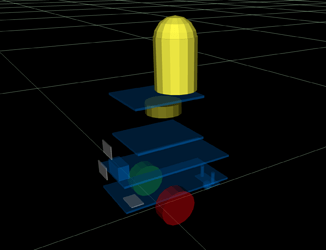 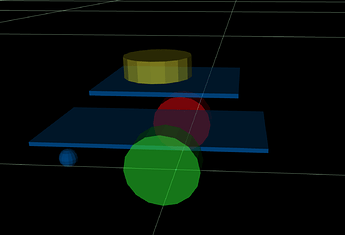 Probably will put v4 up tonight. It looks good for the tests I have put to it.

Does finmark have a speaker? It really helps to hear the wifi address on the first boot.

I have the install and first tests/first look at ROS2 GoPiGo3 almost ready, but need to take a nap now. I only got 4 hours sleep last night.

I’ll work on documentation for the next month probably.

Does finmark have a speaker?

No, not right now.

I only got 4 hours sleep last night.

I’m hoping to test on Finmark tonight (v3) - we’ll see if it runs on the RPi 3B+.
I did dig out a Raspberry Pi 4 I had forgotten I had. It’s only 2GB though. I tried looking through old posts, but can’t find what memory size Dave has. I might try to swap it out though to give it a try. I’ve got notifications on for Adafruit and Sparkfun for an RPi4 with more memory; who knows when/if I’ll be able to grab one. There are some 8GB models on Amazon, but I refuse to pay scalpers the premium they’re asking.
/K

what memory size Dave has.

Finmark should be ok with the Pi3B+ - I am very much interested to see that test since the GoPiGo3 robots (use to) ship with the Pi3B+.

The V4 start_robot_gpgMin.sh which is a basic GoPiGo3 with no LIDAR, no added sensors, with the run_teleop_gopigo3_keyboard.sh only uses 500MB so I think it will run just fine on the Pi3B+: