No problem. I would have preferred that you understood my problem and offered a solution, instead of disagreeing that “I have a problem”, or disagreeing with what you mistook to be my problem.

In September 2018, I posted a question: Safe Wall Following Ideas? Anyone know of some wall following code using a single distance sensor? Or even better yet: wall following code using the pi-cam? There are so many robot behaviors I can imagine using wall following: corner bot: (start along in corner) follows wall till opening or obstruction, (announces wall length), turns 180, follow wall till corner, (announce wall length), turn 90, follow the second wall till opening or obstruction, (…

I would have preferred that you understood my problem and offered a solution, instead of disagreeing that “I have a problem”, or disagreeing with what you mistook to be my problem.

Every robot I have either built or bought before GoPiGo3 had a wall following behavior demo.

Correct me if I am wrong, but didn’t “every robot” come with some kind of skirt sensor for obstacles?

That’s one of the things DI decided not to implement. Absent that, wall following just got a lot more difficult.

It seemed to me that you were saying that “wall following is easy” therefore “ROS should not make me reinvent the wheel to do a simple task” and in my socially inept way, I was trying to agree.

I was also trying to say that “wall following” might indeed be easy, (given the correct sensors), but expecting DI to do EVERYTHING seemed a bit much.

I will apologize profusely to everyone but, (as it occurred to me), ROS seems to go out of it’s way to make simple tasks difficult and difficult tasks impossible.

If I remember correctly what was said within a number of threads, it seems like doing something simple, (like turning on a LED), goes like this:

Just reading about the pain and angst you go through just to make the robot decide it’s actually running has been painful and I hate to see you working so hard yet making so little (apparent) progress.

Then again, I should complain?

MY 'bot hasn’t accomplished one tenth of what Carl can do and nipple.js still has me stymied.

I guess I was just being too sympatheticly empathetic.

(But I still think ROS sounds too complicated for its own good.)

I do NOT intend to minimize the effort both you and Keith have put into this.

LIDAR? I’d be happy to get to the point where the IMU I bought, (and is currently collecting dust), can help me make accurate 90° turns!

Carl speaking:
“My battery is low so I will go recharge.”
“Oh, and by the way, would you please check my right wheel? I think it’s rubbing against something.”

I’m with you. Carl is way more sophisticated than anything I’ve done with Finmark.
/K

Correct me if I am wrong, but didn’t “every robot” come with some kind of skirt sensor for obstacles?

That’s one of the things DI decided not to implement. Absent that, wall following just got a lot more difficult.

Actually, no - not every robot had contact sensors, and none of them used a skirt for wall following.

One bot used a single 40kHz near-infrared light detector mounted front center, and two narrow beam, slowly alternating (25hz switching) 40kHz pulsed near-infrared emitters pointed at 45 degrees to the path. The switching allowed the single detector to serve both emitters. These sensors did not sense distance, only obstruction at some short maximum distance.

One bot didn’t have short distance obstacle or skirt contact sensing - it used stalled motor sensing just like the GoPiGo3 could. That robot could actually map a room and return to its recharge base at a price very close to the GoPiGo3. The company didn’t last past the venture capital phase because all they had was a robot with no market.

I returned that bot. The wife (and I) didn’t like the wheel tracks it left in the rugs all over the house: 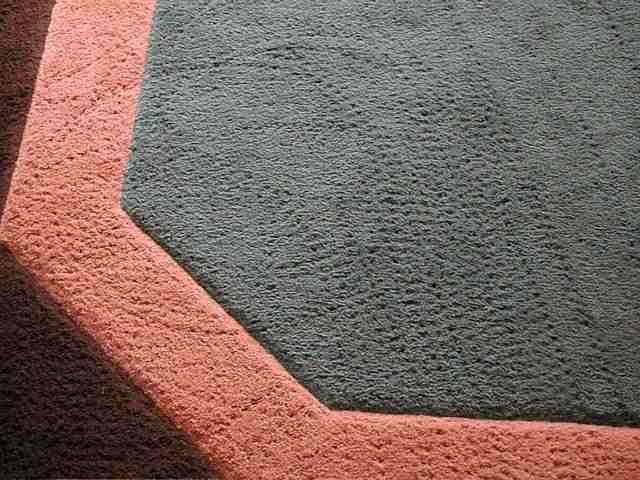 Almost every low cost robot before the GoPiGo3 targeted the university robotics education market, and wall following was a basic robot function always taught. The GoPiGo3 was designed for a wider educational market, but even the high-school fire-fighting contest robots of the last 20 years needed wall following. The latest Pi-Wars robot contests have raised the robot competency requirements to beyond the dreams of university robotics of 20 years ago, but wall-following is still a part of the challenges.

I understand it sounds like I am all wrapped around the axle on this wall following topic, bringing it up over and over every year. I think we’ve beat this topic into submission again.

Meanwhile, it looks like Dave will probably get wall-following before his older brother Carl.

Just had a brain-wave:

Use two micro-switches with short wands on the front corners as collision sensors.

Use the existing distance sensor on a servo and do a scan alternating between 45° left and 45° right. Use distance to establish wall following and collision avoidance.

Thought #1 AND thought #2 in combination.

Unfortunately I can’t offer any actual code, but it shouldn’t be any more difficult than fighting with ROS.)

The thought of using “stalled motor detection” as @cyclicalobsessive suggests scares me, especially since the motors are reasonably high powered and have relatively high ratio gearing. I’d be concerned about stripping the gears since I have never been able to stall Charlie’s motors.

The GiggleBot has already solved this problem using a micro:bit and a scanning distance sensor using a servo. 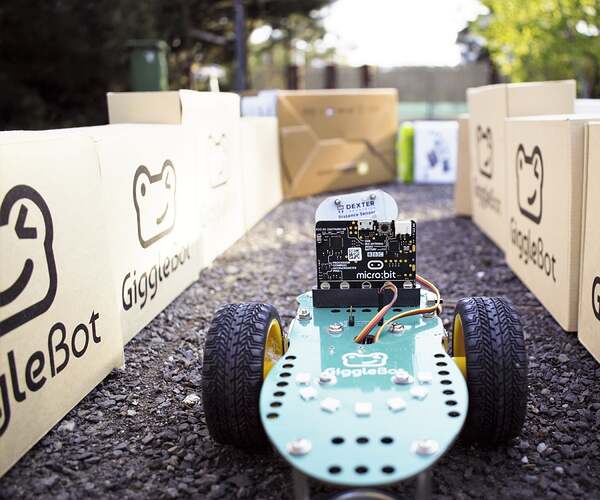 Make a Lidar-Guided Robot With the GiggleBot: In this tutorial, we are making the GiggleBot tackle the difficulties of a maze. We are mounting a servo on the GiggleBot onto which we attach a distance sensor. While running, the servo is going to...

This is an implementation of Thought #2 above.

If the micro:bit can do it, surely the GoPiGo can.

This is an implementation of Thought #2 above.

If the micro:bit can do it, surely the GoPiGo can

Perhaps, If the gigglebot was actually doing it!

In this case the human is doing the sensor data interpretation and the commanding - no wall following by the bot.

Perhaps you can see why I am hoping for someone to have written this for us.

It was late and I did not read down far enough.

However, (at least in concept), that kind of autonomous wall following should not be any more difficult than what you are doing with ROS.

Maybe I will take a look at it as a subsequent project sometime.