I’ve just gotten my brand new BrickPi3 and its been working flawlessly except one thing, a really high pitched noise whenever connected to a RaspberryPi. While I can’t be sure, it sounds as if it is coming from the large power transistor on the underside of the BrickPi3 and I have confirmed it is not coming for the Pi itself. So far I have tested it with a Pi 3B+ and a Pi 1B with the same results, a strange high pitched hum just at the top of my hearing range. This sound only happens when the boards are powered via the barrel plug with either the 8 AA batteries or a single 9 volt. If I power the boards via USB through the Pi, there is no more high pitched sound. There is also no sound if the BrickPi3 is powered by itself (not connected to the Pi). I am wondering if this is something to be concerned about as apart from this noise all the voltages look fine and operation from both the Pi and the BrickPi3 are entirely normal.

Quick edit: If it helps with anything, I am currently using ev3dev on the pi but the sound has persisted since I first turned it on without ev3dev. Also, the sound fluctuates, changes in pitch and has a sort of background white noise.

It sounds like it’s an issue with the power supply circuit. Can you get some close-up pictures of the circuit board and components near the power switch? Specifically pictures of the two capacitors (the little “cans” on the top of the PCB), and also the back side of the PCB near the coil and the “large power transistor” (buck regulator, with 5 pins).

Hi, thanks for getting back to me. Here are some pictures of the board. Sorry about the not-great image quality! 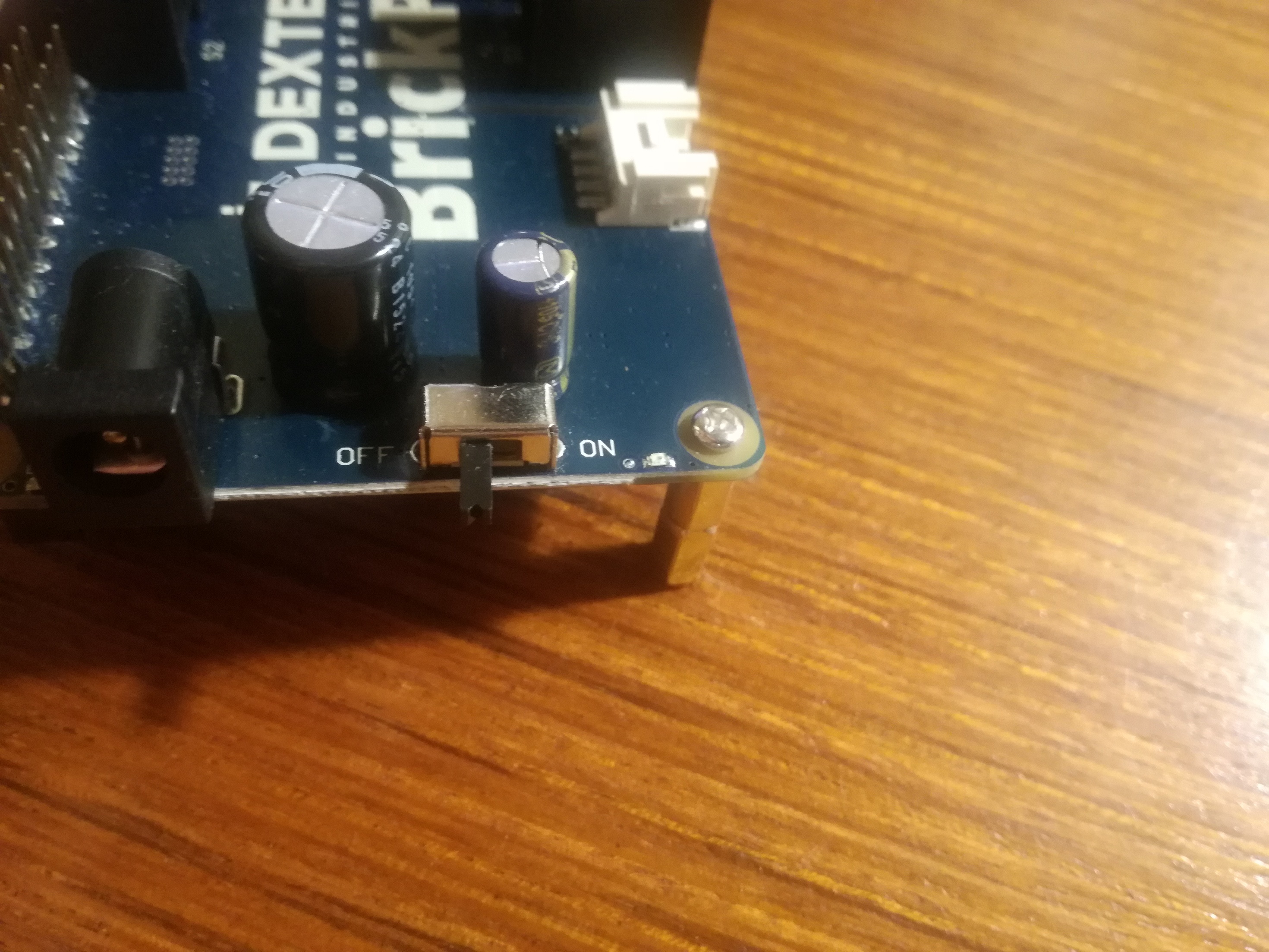 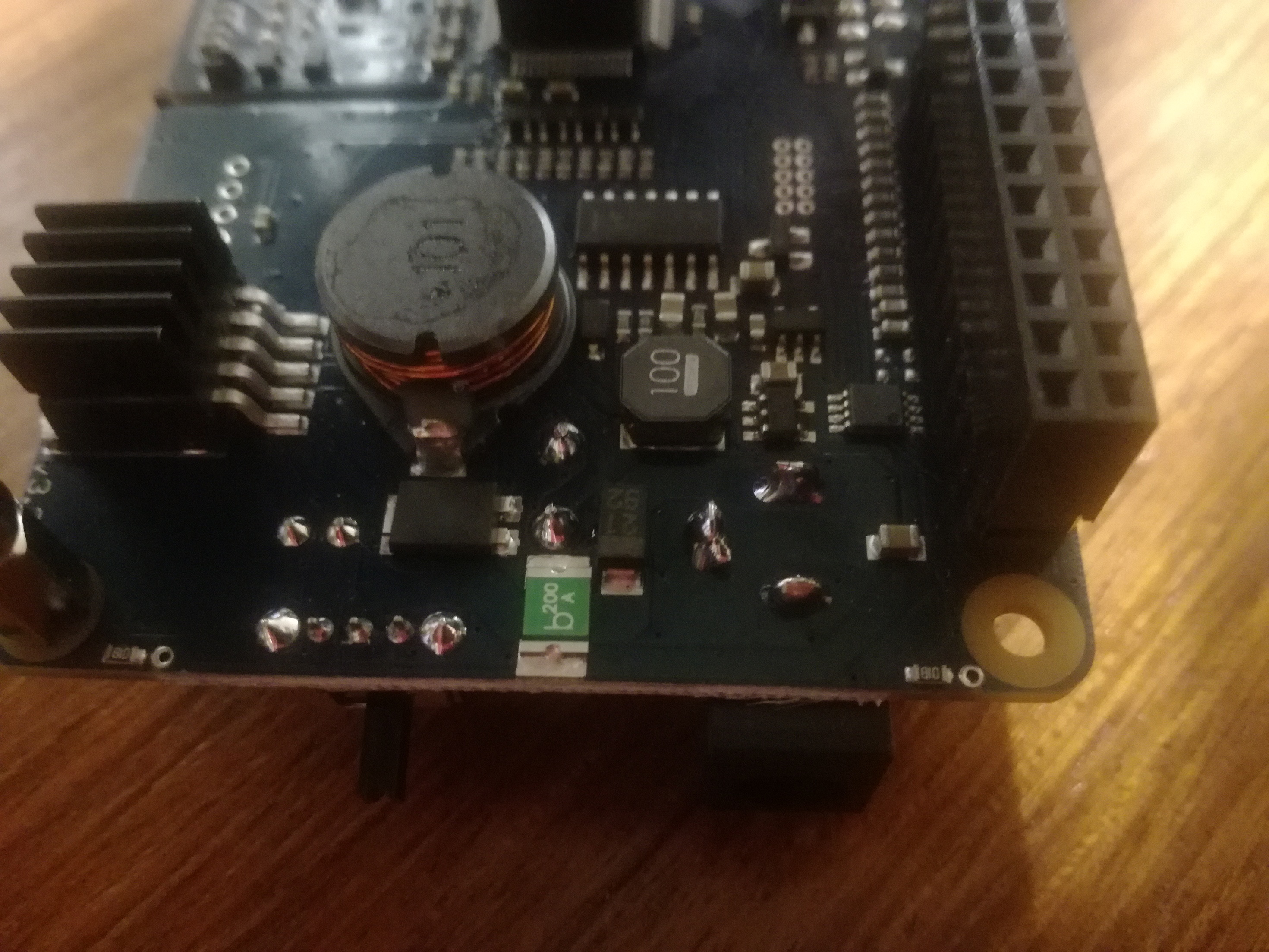 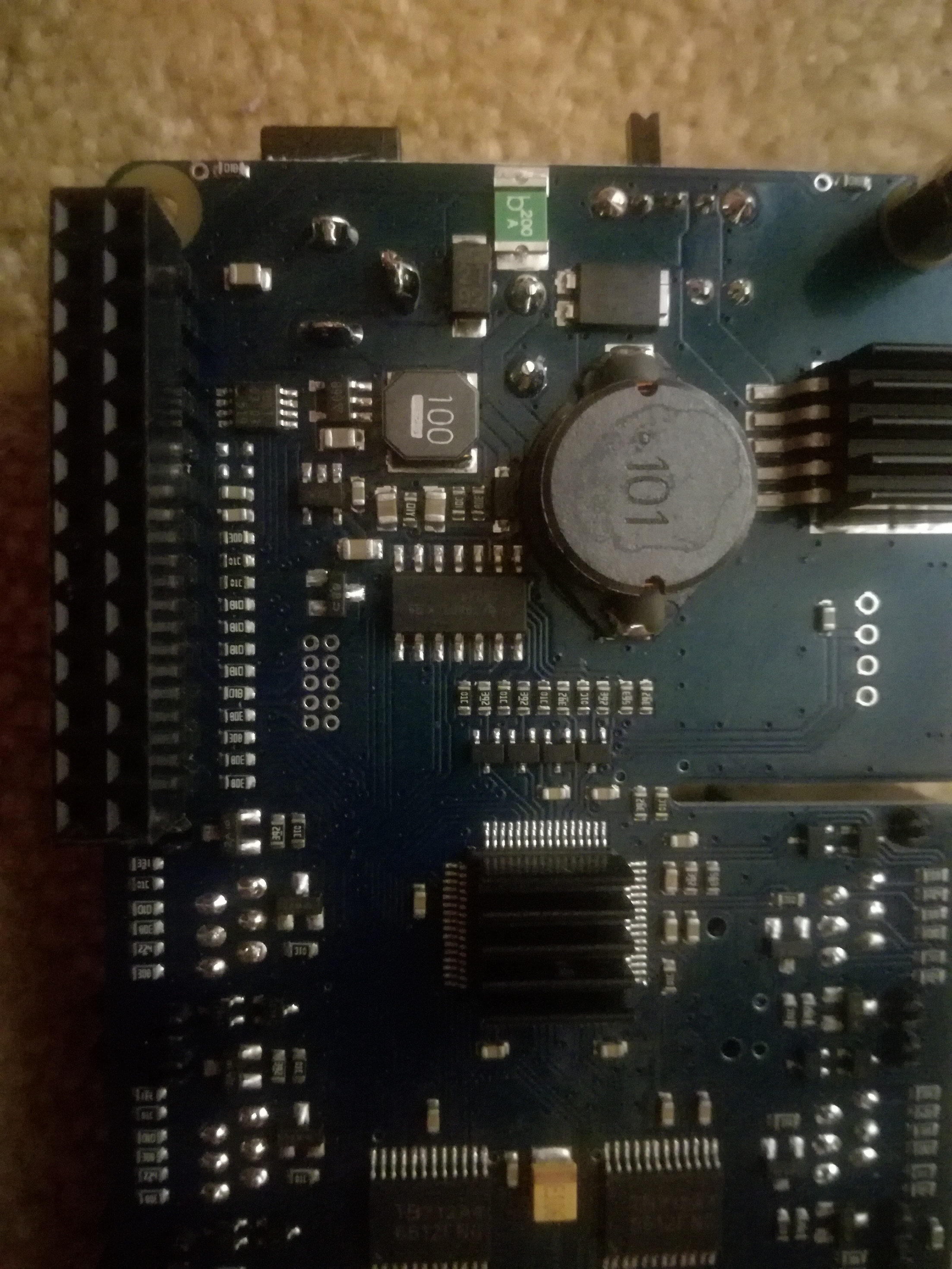 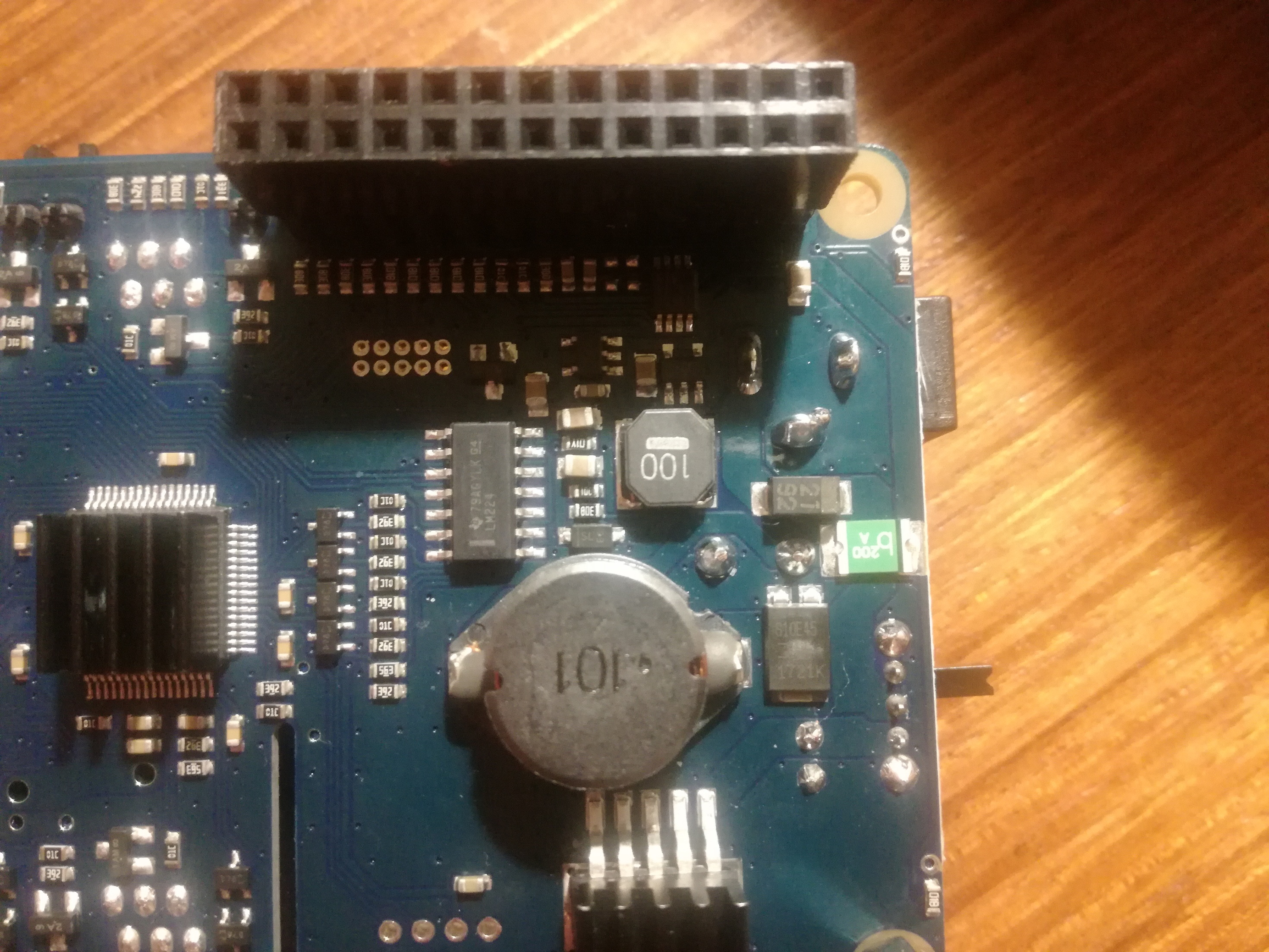 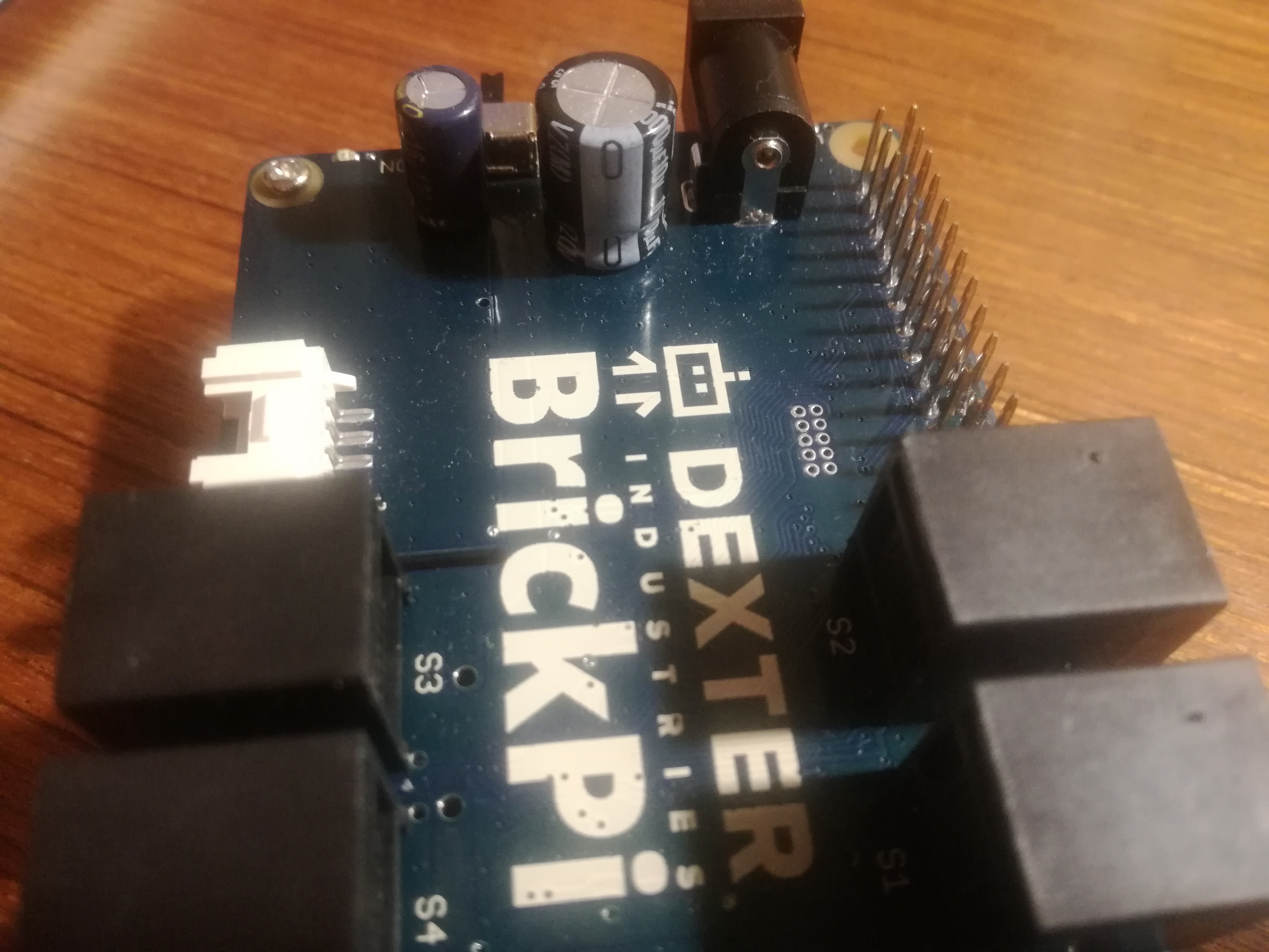 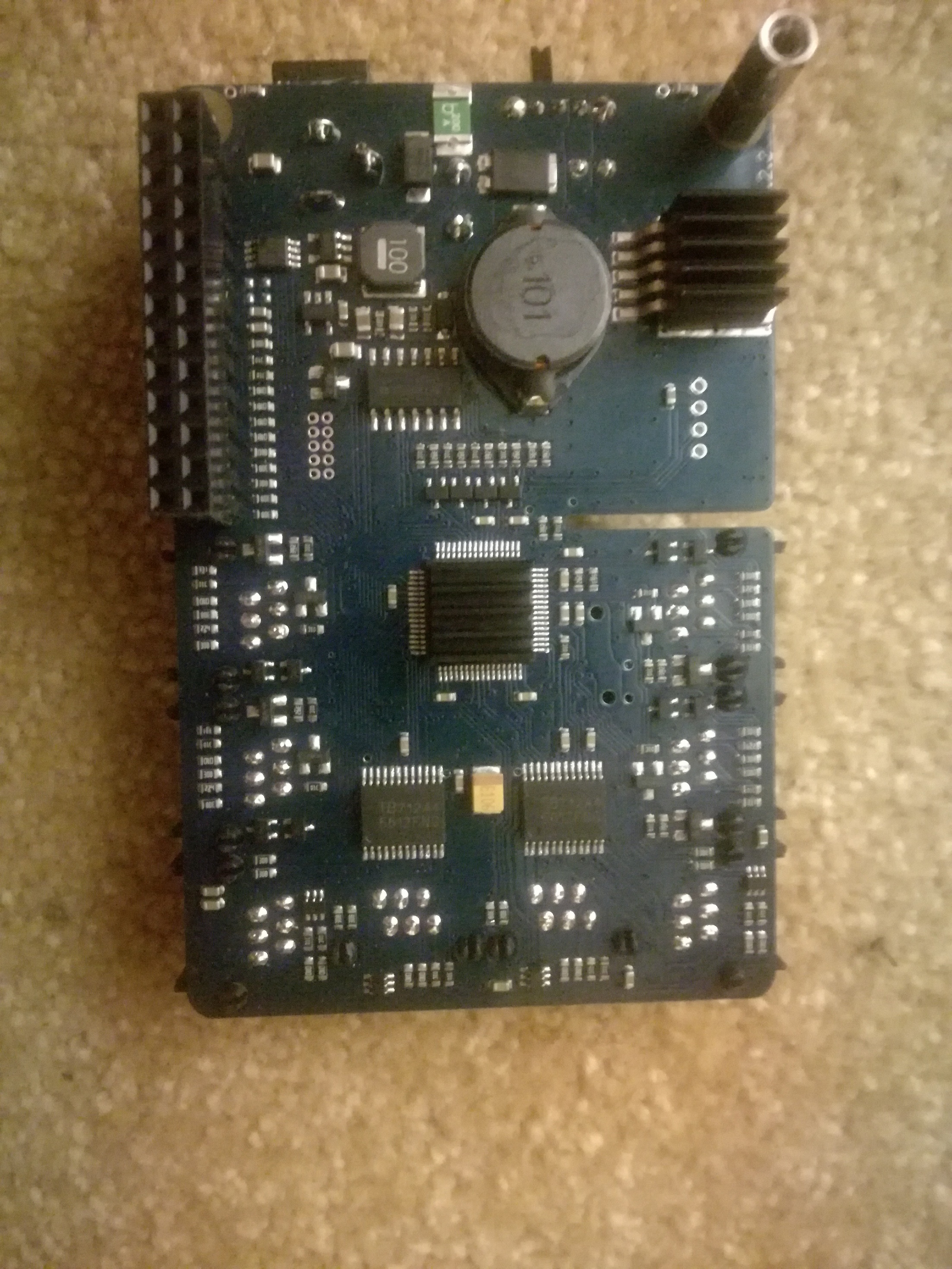 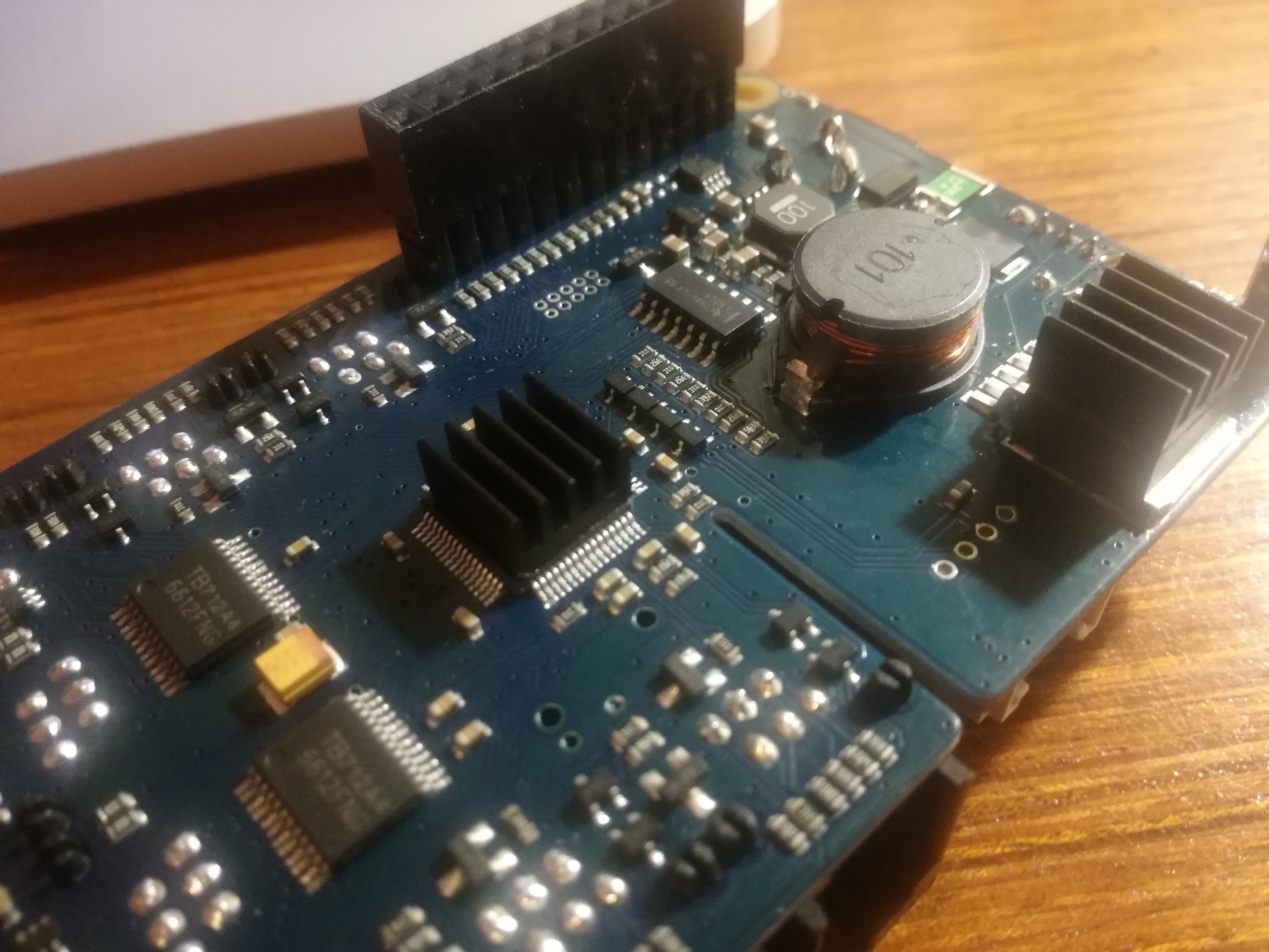 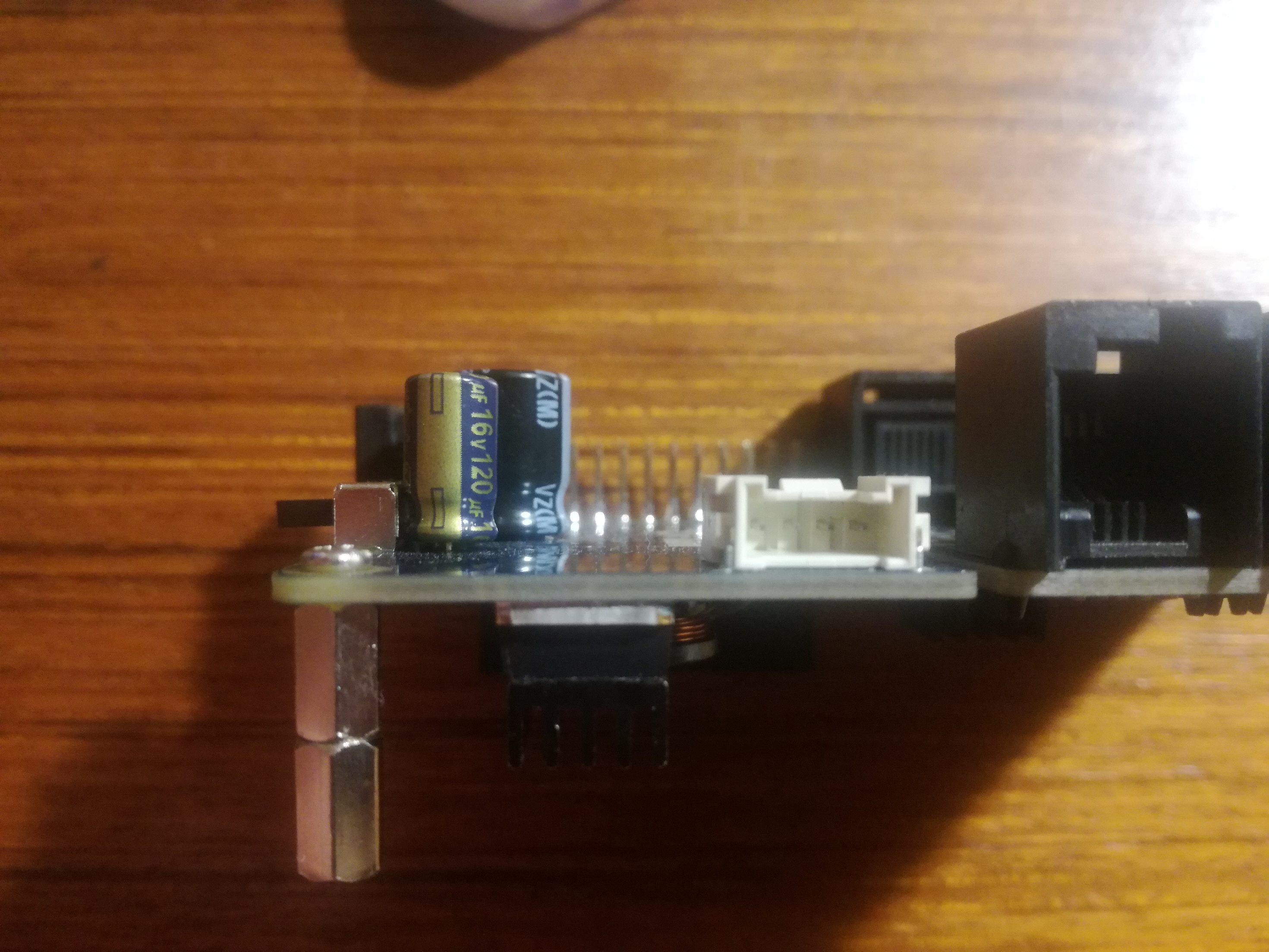 Thank you for the pictures. I’m not seeing any problems, but I do have a suggestion. Sometimes a coil will have a loose loop of wire, and it will vibrate making an audible sound. You could try adding a bit of glue, such as epoxy or maybe super-glue, to the coil windings to see if it makes any difference. Make sure you use a non-conductive material, in case it comes into contact with any exposed circuits.

Have you noticed excessive heat from any components of the regulator circuit? Under normal conditions it will get fairly warm, but nothing should be uncomfortably hot to the touch.