Hey friends, a little off-topic here, but I can’t find another forum online where to post this. I have an NXT ultrasonic sensor, and I’d like to detect my red ball from the kit with my robot about twenty centimeters away. The range is inaccurate, sometimes getting values of 20, sometimes 30 or 10 centimeters from the same position. Does anyone know what I can do to detect the ball accurately? I’m using Python and BrickPi3. This might be hardware or software related, I don’t know.
Thanks very much!

How many readings are you taking?
Have you plotted std deviation vs number of readings?
I have found that most personal robotics sensors benefit greatly from taking 10 to 50 measurements in a loop with a small time delay between measurements, and then using the average.

Interesting. I will try that out, just placing a sleep of 0.02 will do, right? Do you think I need to do any other changes for hardware or in my code, or should this be accurate enough to detect a five centimeter ball in height and width?
Thanks for your help!

You can play around with the sleep time - one of the HC-SR04 Ultrasonic ranger datasheets suggests:

we suggest to use over 60ms measurement cycle, in order to prevent trigger signal to the echo signal.

That would suggest 0.06 or more sleep delay, which I am guessing is based on the maximum distance reading time plus the trigger pulse time.

My example was for a laser time of flight sensor - speed of light vs speed of sound is why the shorter delay can be used.

As for detecting the ball consistently, I don’t know what real accuracy and consistency to expect. The beam width of the HC-SR04 Ultrasonic sensor is around 15 degrees or something like 5 cm wide at 20 cm away, computed as 20cm * tangent( 1/2 beam width which is 7.5 deg). If the width of the ball is about 5 cm in diameter and round, it means the distance is varying, the sound reflection content is varying, the amount of the ball in the beam is varying. (Manufacturers like to spec as sensor against a huge, flat, sound reflecting wall but robots use the sensor against small, non-flat, less reflective objects.

One technique I use to find closest object and the angle to it is to sweep the distance sensor around to find the minimum average distance, but it takes a while using multiple directions and multiple sensor readings.

Does anyone know what I can do to detect the ball accurately?

The real world of robots is never accurate. A robot must plan for inaccurate information, and have a plan for detecting errors and correcting errors continually.

One technique I use to find the closest object and the angle to it is to sweep the distance sensor around to find the minimum average distance, but it takes a while using multiple directions and multiple sensor readings.

That is a very good idea. How many times do you usually turn past an object to detect the minimum value? I’d suggest about three times (six in all - left, right x 3).

The real world of robots is never accurate. A robot must plan for inaccurate information and have a plan for detecting errors and correcting errors continually.

Also, a very good statement, though which methods are common when trying to correct errors. Would it be in my example when the robot detects the ball turn left in the robot’s place for 0.5 seconds at speed 50? Or would it be more sensor-based rather than strict value given to the robot by me? Such as, turn right and left to detect the minimum data, stop when this data is detected again, then move forward, stop when the ball is 10 cm away, lower arm, and go forward for 1 second blindly (sensor is covered by arm - my bobcat:). 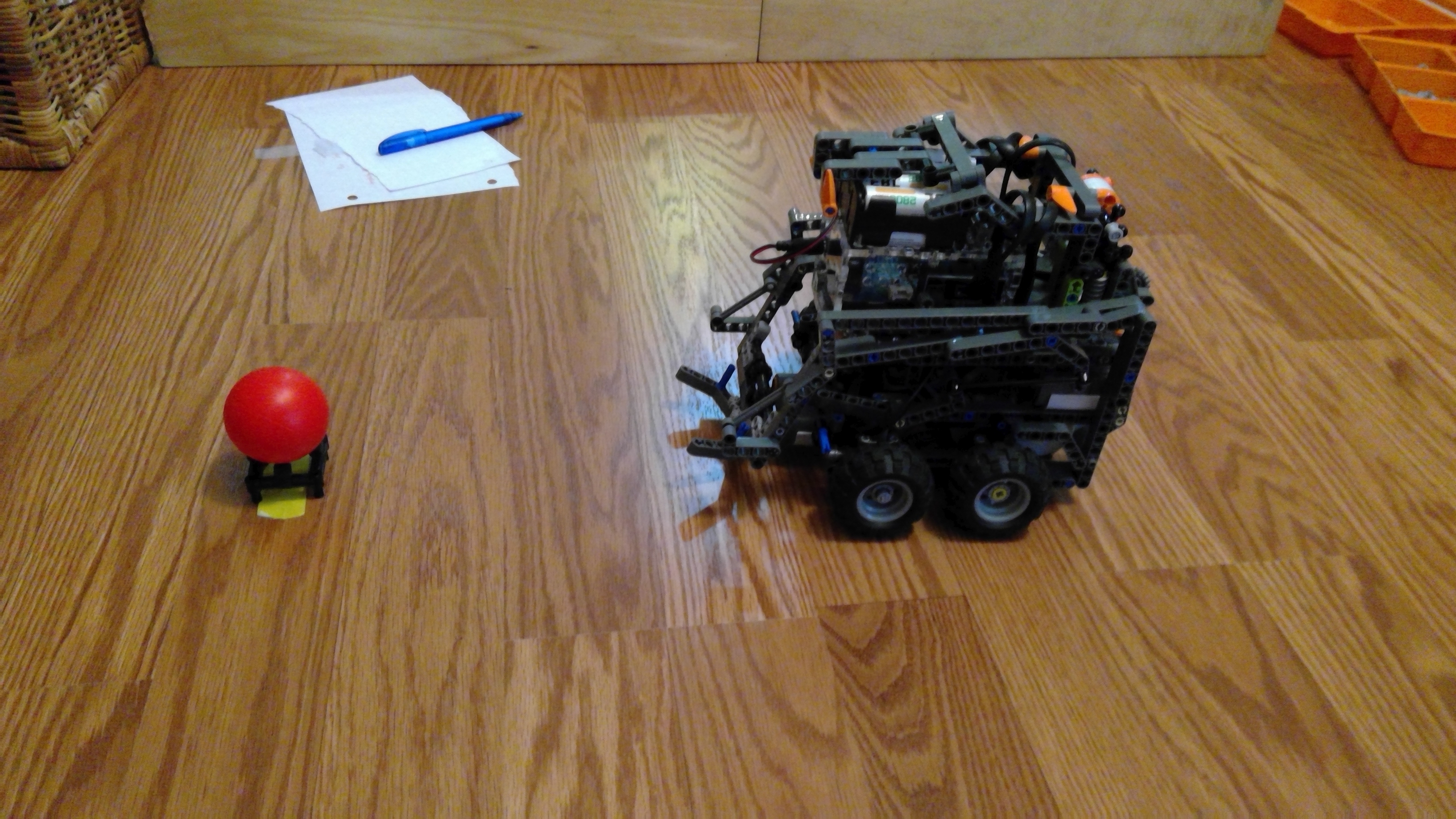 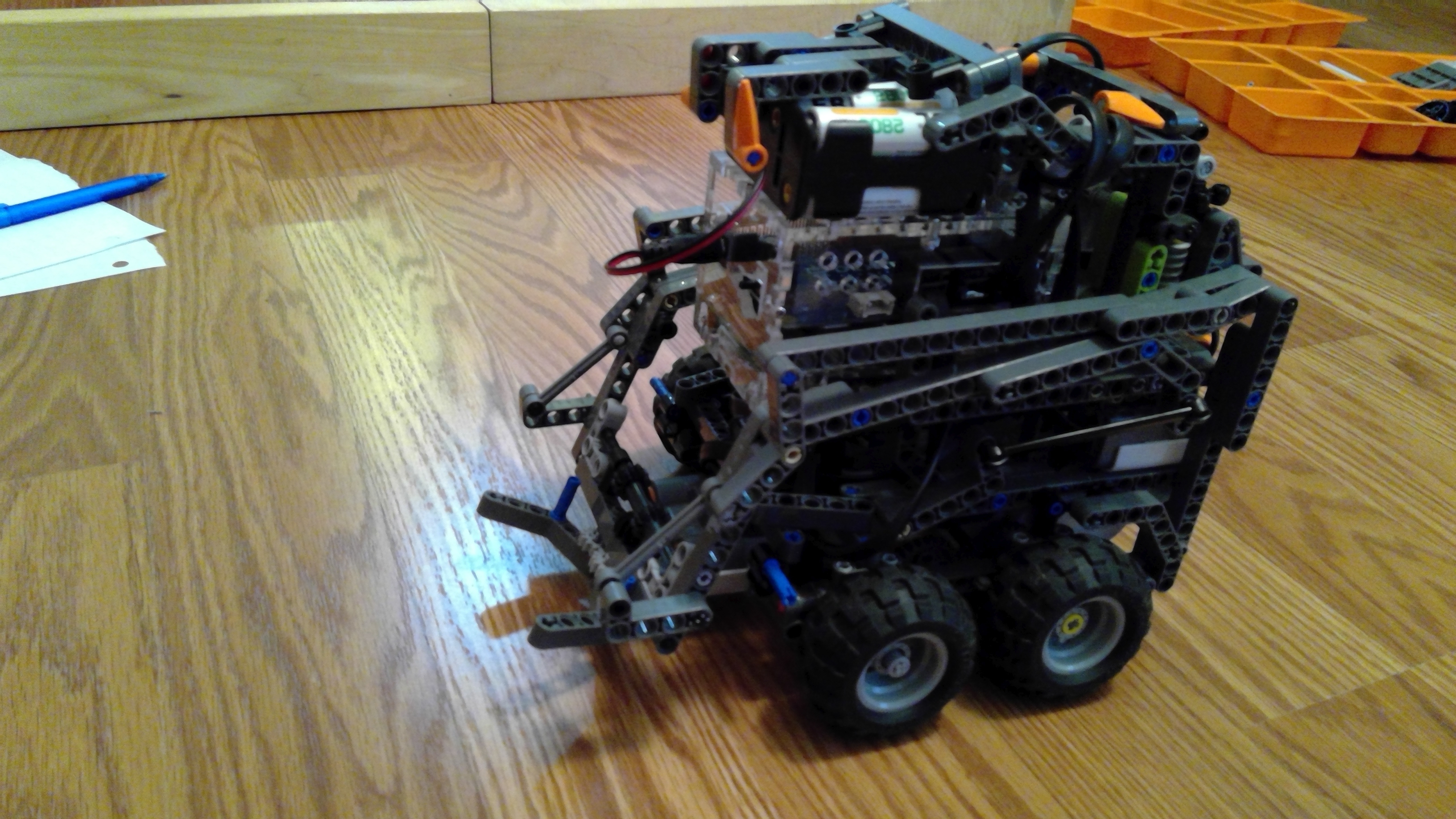 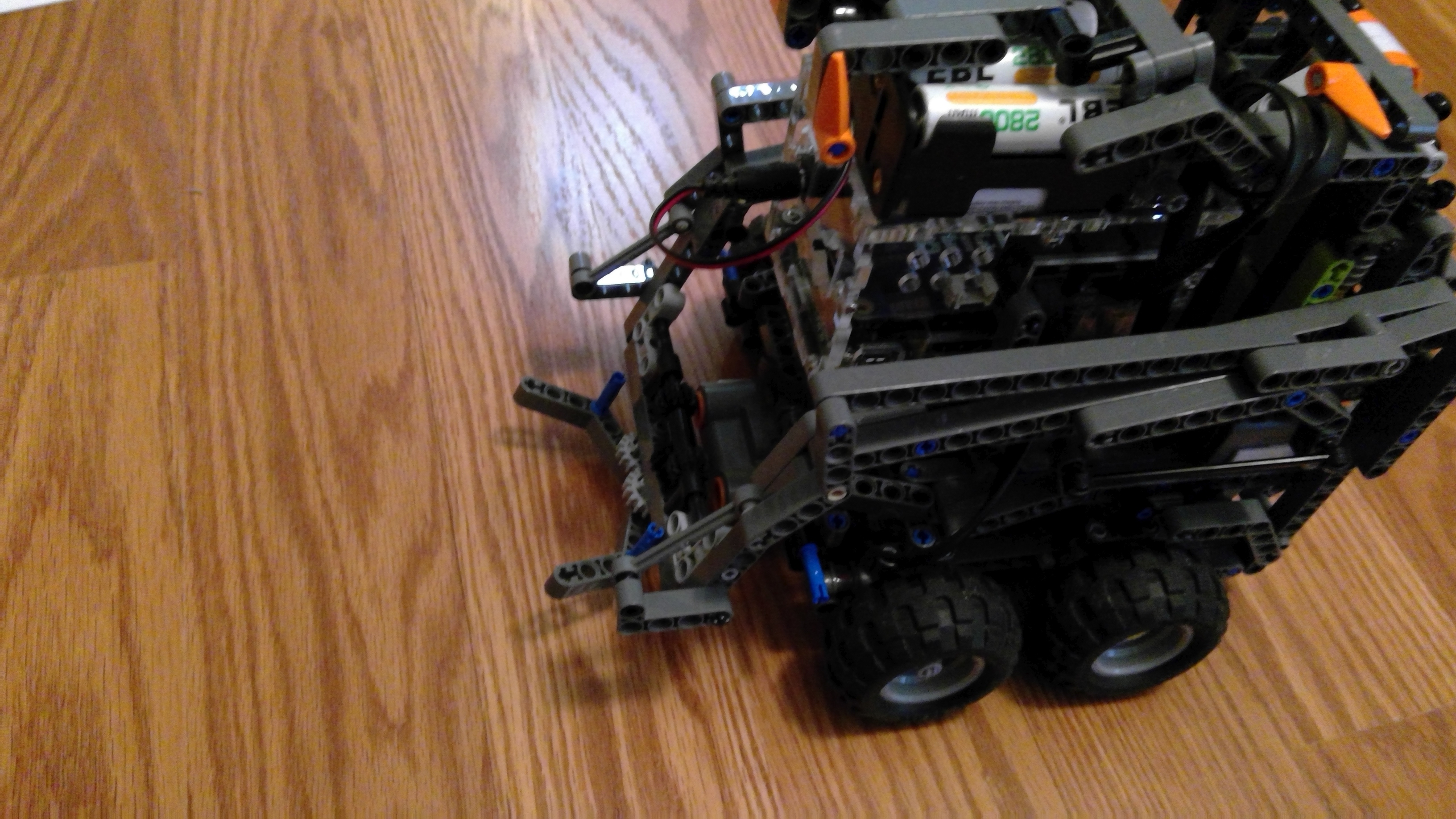 @PolarBear1234, I think you are getting the ideas, and there are many ways to treat each potential problem, and only you know what constraints the bot and you are under.

Some ways to plan for inaccurate info:

Some ways to detect errors:

Some ways to correct errors continually

I wonder if the sensor was raised little or lowered a little, could the sensor provide ball distance or at least ball detection when the “bucket” is down?

If you can’t measure heading changes, you need to determine a reliable means of turning a smidge left or right - you mention 0.5s at speed 50 - might determine what is the shortest time at what speed to get at least three reliable on ball distance measurements between the left and right off ball measurements.

Thank you so much for the super-detailed reply!

So I’m trying to find out the minimum and maximum ball distances so I can head for the minimum ones. I’m trying to turn my robot left until it passes the ball, then right, do that four more times. If I want to set up my Ultrasonic Sensor on Port 4 to make a list and for starters print the two miminum and two maximum values, would I use a list and a for loop? I’ve already setup my code this way:

So that’s what I got. I’m missing something important now, how would I get the two or three minimum / maximum values of the ball so I know which one’s are right? How would the code beneath this while loop look like with the sweep_data list?
Thanks again very much for your help!