I have a DHT Pro connected to my GrovePi+ + RaspberryPi 3B+ on port D8. I have two more sensors connected to I2C1 and I2C2 on the same.

Occasionally (Once in 2/3 days) the DHT stops working (Returns -1) as shown below. 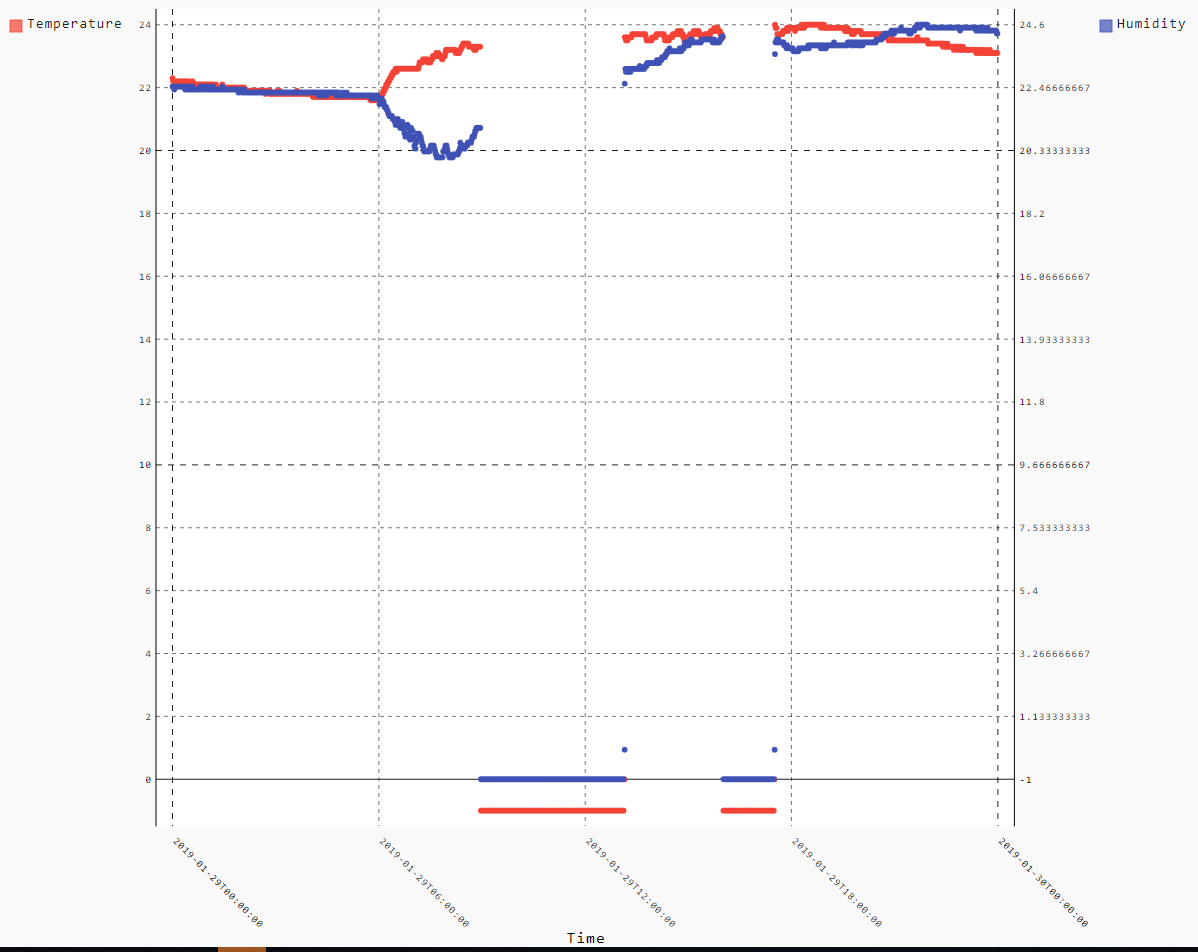 I notice that when this happens, the GrovePi has some internal issue due to which it does not show up at address 04 when I do a sudo i2cdetect -y 1 (I can see the two other sensors though, possibly because the I2C ports on the GrovePi+ are just a passthrough.

I am left with two choices now

I’d like to know if there’s anything else I can try. This issue only happens with the DHT+ and not with any of the other sensors I have in this setup or others.

I can even live with a periodic “Reset” of the GrovePi+ as long as I can set that up as a cron job from the RPi.

Here’s where you can find the instructions:

Pre-Release Opening We are working on releasing a new version for the GrovePi’s firmware (v1.3.0) that its target is to fix well-known bugs. We already have something on our plate, but before making it official, we invite anyone who has had problems with it to give it a test and let us know if problems still persist. [grovepi-docs] Fixed Bugs on Version 1.3.0 Fixed synchronization bugs which led to very small IO rates Also caused values to overlap on other ports #412 Caused I2C errors wh…