Let's talk about the Pi-4, Killer Nano-bots, or whatever unreasonable idea strikes your fancy!

I’m starting a “Sure! Sounds Great! Let’s talk about that!” thread that welcomes and encourages conversation about odd-ball configurations that are patently unreasonable.

IMHO - “Hobby” robotics is, by definition, “unreasonable” in the same way that taking an Atari XE (16 k of RAM), and hardware-hacking it to run a full 64k, sans schematics, technical specifications, etc. is “unreasonable”. Why not just go spend the few extra bucks and get The Real Deal, without having to solder chips, filter capacitors, wires, ribbon cable, and whatever else to make a Radio-Shack daughter-board hack-job memory expansion work.

I absolutely agree. This is NOT reasonable, and that’s what makes this so much fun!

Have you ever seen a “tractor pull”? (Otherwise known as “What happens when you decide to add ‘just one more’ Xavier board to your 'bot!”)

From the name, you’d expect, (and “reasonably” so), to see some John Deere and/or International Harvester and/or Kubota and/or [insert name brand] farm tractors engaging in some honest one-upmanship.

Though probably descended from some reasonable parantage like that, it has rapidly become UN-reasonable.

These are heavily modified machines that have only a vague resemblance to traditional farm equipment; sporting three, four, or even as many as SIX supercharged, nitro-burning big-block V8’s trying to drag a specially designed sled the furthest across a dirt-and-dust-filled display ground.

Like nitro-burning top-fuel dragsters, it’s the shear UN-reasonableness that makes it fun.

These things AREN’T “tractors”, they’re distortions painted green, orange, or whatever with a large set of “tractor” wheels on the back and prboably cost the large part of the total GNP of some smaller countries.

And that, my friends, is why they’re fun.

A real-life farmer can only spend so much time looking at the “amber waves of grain” extending off to the horizon, or the three-thousand-seven-hundred-and-fifty-first cow teat without going absolutely hog-crazy!

And so it is here too.

Robotics can be whatever you want it to be.

Do you want dull-and-boring? A simple 'bot running a simple O/S? No problemo! A Dexter/MR GoPiGo, batteries, a copy of the latest-and-greatest GoPiGo O/S, and you’re set to go.

But maybe, just maybe, there’s that little wiff of nitromethane that hangs around in the back of your skull from days gone by - and “dull” just doesn’t cut it anymore.

Maybe you have visions of not just a “GoPiGo” but a GoPiGo!

Alright, you can’t afford six supercharged nitro-burning V8’s - we get that.

Perhaps a couple of insanely overclocked Xavier boards, (mounted in a “V” with a BIG fan of course!), driving a 'bot with more cameras than the CIA, (AKA “The GoPiGo From Hell!”), would be an acceptable substitute?

Reasonable? When did “reasonable” become a requirement?

Share pictures and swap lies, just like the farmers do while drinking cold brews and watching these behemoths dig up the fairgrounds!

All of the components in the ServoCity Prowler came from ServoCity except for the Nano, the Sainsmart MX219 Camera Module, the Intel Dual Band Wireless-AC 8265, the motor controllers, the PCA9685 servo controller, the Adafruit Metro Mini 328, and the Anker 13000 mahr Power Bank.

The rest of the minor bits and pieces came from my vast parts been storage.

I also have a 4WD version of the NVIDIA Jetbot that uses a Lynxmotion Aluminum A4WD1 Rover chassis, a NVIDIA Nano, a PCA9685 servo controller, two L298N motor controllers, and an Anker 13,000 mahr Power Block. The 12 vdc 10,000 NiMH motor battery is a custom built battery.

I will post more detailed descriptions of the Big GoPiGo3 robot chassis and the Traxxas 4WD E-Maxx Donkey Car chassis. I am presently working on a Traxxas 4WD Slash chassis that will use a Nano and an Intel 435i depth camera and run Donkey Car 4.1.0.

I’ve updated “tractor pull” to make it point to some both interesting and completely unreasonable videos - that I have aptly named “This is what happens when you decide to add ‘just one more’ Xavier board to your 'bot!”

I like Actobotics parts. I’ve made a few robots using them:
Trackbot Mk. V I’ve brought this robot to Maker Faires (mostly the Maker Faire Kansas City) to let kids drive around through an obstacle course - then I give them a card printed with “Robot Driver License” (see below).
ActoBitty Line Follower (ABLF)
Yet Another Autonomous Robot (YAAR) It’s this robot that led me to start learning ROS. It remains remote control only at this point- I still have to get back around to making it truly autonomous. As technology has advanced, I might outfit it with an NVIDIA Nano or comparable. The name was chosen as a conscious reference to the use of “yet another” in computer science and the fact that "yaar’’ is the Hindi word for friend.

If I build a new bot from scratch I’ll probably use goBILDA parts. Same company really, but the hole pattern seems better thought out (from experience I’m sure), and I like the fact that it’s metric (since I’m also “unreasonable” in thinking the US should move to the metric system, and prefer to work with metric tools when I can).

@thomascoyle11859,
Have you tried the Jetson Nano on a GoPiGo chassis, using the GoPiGo controller and libraries?

If you have been able to do that, what did you do and how did you accomplish it? I have a first-generation Jetson Nano and I’d like to try and duplicate that if possible.

Maybe it’s me, but watching a clever and sophisticated piece of equipment go to rack-and-ruin maximizes the “cringe meter” for me as I can’t stand seeing perfectly wonderful technology deliberately destroyed.

You think that’s impressive, look at the clip at 3:02, a truck looses its entire engine!

I can understand that.
/K

a truck looses its entire engine!

That was amazing - would never have guessed that it could just jump out that way.
/K

That was amazing - would never have guessed that it could just jump out that way.

Here are some absolute BEAST “tractors”, some with 12, even 18 cylinders and even some “jet” propelled tractors! I guess that just proves there are rednecks in every culture

And I say that affectionately - I grew up in a very redneck area of Arkansas.
/K

I just stumbled across the first episode of BattleBots Collegiate from 2010 (apparently full season never aired). Andrea Suarez (now the captain of Team Witch Doctor, my favorite bot) has a nice interview about getting started in robotics in high school. They had an interview with her HS principal (just after 25:00 in if you don’t want to watch the whole thing, although I think you should at least watch the fight just before). This nun explains why she had a combat robot team at her all girls high school - about how it wasn’t about destruction but about applying yourself, and the life lessons of coming back from a loss and making the robot (and yourself by analogy) more resilient. Worth a watch:
https://www.youtube.com/watch?v=L8p77zh0Ajc
/K

THREE hearts - this is such a KILLER analogy!

In this particular context - that of an all-girls high school, (or any school for that matter), using the battle-bot paradigm as a life lesson on “bouncing back” is TOTALLY RIGHTEOUS!

I absolutely have to get @cleoqc in to see this.  Maybe she can send this off to her friends that need some inspiration.

P.S.
I haven’t watched it yet - got taxes to do! Will watch later.

I’m not into battlebots much, but my high school (also a Catholic nun-based all-girls school) has placed first in robotics competition.
Go girls!

Here’s something interesting I saw today. 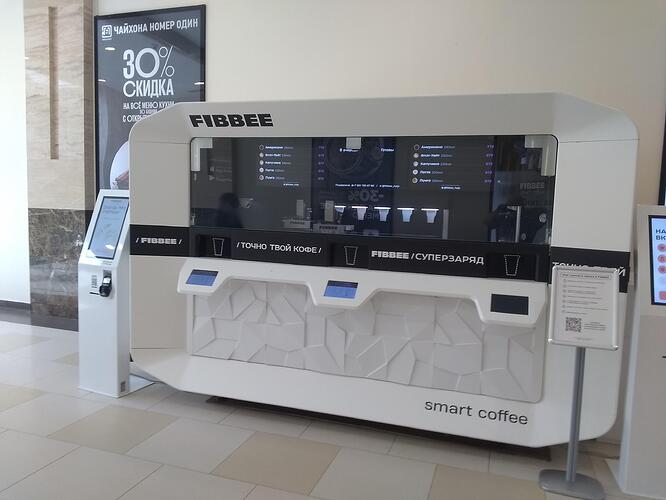 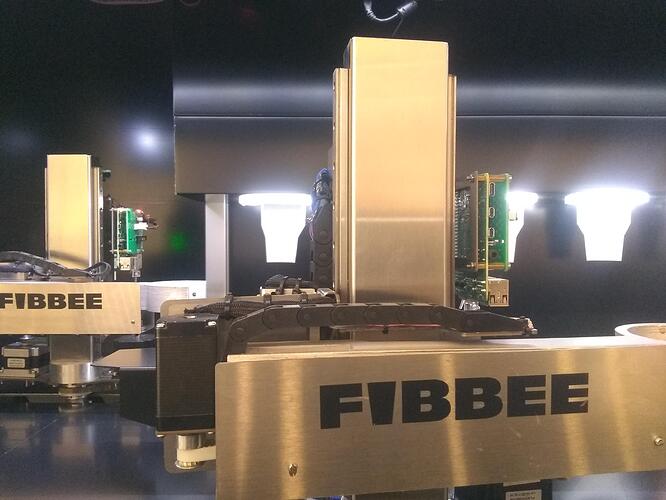 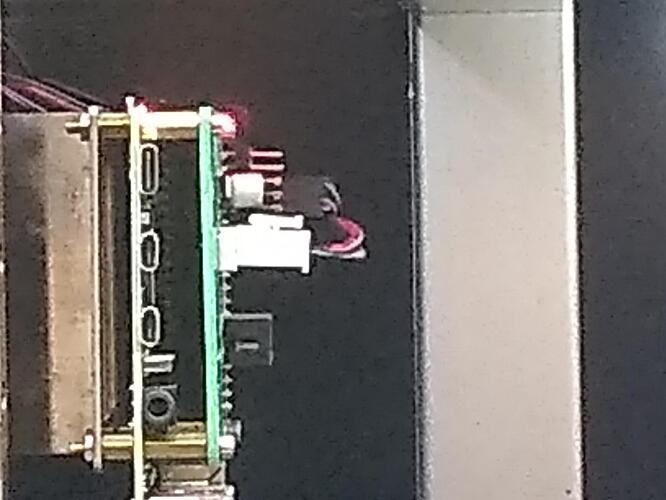 As you can see, the actuators that handle the cups and such use Raspberry Pi-4 boards as their controllers.

That’s wild. You said you “saw” it, so I’m guessing you didn’t try it out. I was wondering if the coffee was any good.
/K

And the bottom line?  I’m not a big fan of coffee as it bothers my stomach.

Even the freshly ground and freshly brewed coffee we have at home isn’t one of my favorites.

In a different mall there was a (rather cute) robotic ice-cream machine that basically served soft-serve ice-cream in a tiny cup that was the size of what used to be marketed by Dixie Cup as their “bathroom cup”, (a few fluid ounces), for 100 rubles.  Not only was it about 1/3 the size of any reasonable serving of ice-cream for that price, the ice-cream really wasn’t all that good either.

Since “once burnt, twice shy”, I decided to not try the tiny “Dixie-cup” sized cups of robot-brewed coffee for the same 100 rubles.  One hint about the quality of the coffee is the long line of people waiting for their cup in the picture.  Other coffee kiosks in the same mall, (with real people, serving reasonably-sized servings), are always busy.

One hint about the quality of the coffee is the long line of people waiting for their cup in the picture.

Good point. But I would have been tempted to spend the 100 ₽ just for the experience.