Your Getting Started directions talk about the 9V power. However the picture supplied shows a 6 pack of Ni-MH batteries. They are only 1.2V each so that is only 7.2V not 9V. I understand that the power is regulated onboard to be correct for the BrickPi and Rpi but does that supply correct power to attached motors? Could one use an 8 pack of batteries for 9.6V?

Would the 8 pack last longer?

That would probably work, but I haven’t tried it. Do you have a link to the part?

I might just give it a go then. I have one from Radio Shack, 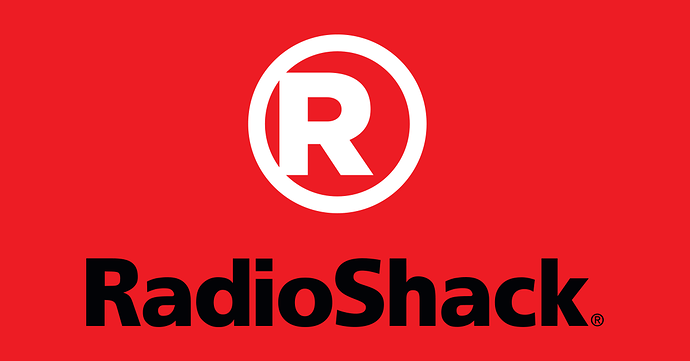 I was looking for some specs for the possible power input. Also I noticed in another thread that one can power the Rpi directly while the BrickPi is attached.

fa001, I’m going to order something similar as well and give it a test. I found one on Mouser I will give a shot: http://www.mouser.com/Search/ProductDetail.aspx?R=12BH381-GRvirtualkey56100000virtualkey12BH381-GR

Also looks like this would be a suitable part too: http://www.radioshack.com/product/index.jsp?productId=2062242

Although its out of stock online.

So it is possible to power up the Raspberry Pi trought the original USB power port while connected to a BrickPi?

I already have a Raspberry Pi on a NXT robot using a Power Pack 5V output and it works pretty well. imrobotbob.com

I would like to add a BrickPi to add more motors to my robot but I was wondering if I could leave the Power Pack connected to the Pi and still use the 1.2V batteries of the BrickPi for the motors.

Any confirmation about this?

Yes, it’s possible to do this. We don’t recommend it be cause we haven’t thoroughly tested it. It is a “at your own risk” thing.

I just tried out using eight rechargable batteries as a 9.6 V power pack, and it works fine for me.

Note that the power regulator gets very hot with 9.6 V input. I don’t know if it usually does this with 9 V input as I don’t have any way to test that at present. But just for piece of mind, I’ll attach a small heatsink to it.

It seems that I have a lot to explore about BrickPi and most of it does not need mobility. So I have connected a 9VDC 2A AC power supply instead of batteries. Works well on the bench.

What’s the max V-in allowed? I’m tempted to get an 8-AA holder but want to use Alkalines rather than have to buy rechargeables. Would the 12V-in be too much or does it get regulated down to 9V? Seems like 6-AA might be pushing things a bit too close to the margins for proper operation.

The motor drivers (SN754410, rated up to 36v) are connected directly to the power input.

Some sensors (the Lego NXT Ultrasonic sensor) requires 9v supply through sensor pin 1 (typically used as the analog input line). On the BrickPi, that 9v pullup circuit is connected directly to the power input (through a 1/4 watt 330 ohm resistor). Because of the voltage drop of the transistor, if you were to enable 9v pullup and accidentally ground the analog line, the highest safe voltage is about 9.7v (after which you would be going beyond the resistor’s rating of 1/4 watt).

With the linear regulator, the greater the difference between the input (e.g. 9.6v) and output (i.e. 5v) voltages, the more power it will need to dissipate (as heat), so the hotter it will get. The voltage difference (e.g. 4.6v) times the current consumption on the 5v output (e.g. 0.5A) equals the number of watts that need to be wasted as heat (e.g. 2.3w).

With the switching regulator, according to the lm2576 datasheet, the efficiency at 5v output is typically 82%. Compared to the linear regulator, there is a dramatic reduction of heat. At around 7.4v input, and about 500ma load, it get’s slightly warm to the touch, but not anywhere near hot.

So to sum it all up, the regulator heat (est. with the linear regulator), and what the motors are rated for, are the two biggest limiting factors for the input voltage.

9.6v is probably the highest I would use. I personally use a 7.2v RC “dynamite” battery pack, and it works very well for me.

Well I am about to try some bench testing of the power options. I have an infrared thermometer to check the temp of the 7805. But am not sure if I should measure to plastic case or the metal tab of the 7805. Initial trials had the plastic of the 7805 up to 90 degree F after a short time running a motor. That seemed like it was getting hot however after checking the spec sheet the device is rated up to 125 degrees C or 257 degrees F.

Any suggestion on what or how to test are welcomed.

The motors aren’t powered through the regulator. The regulator supplies 5V to the RPi and BrickPi circuits, but the motor drivers are connected directly to the 9V input.

So a larger voltage is of no use to the RPi and BrickPi circuits but will cause greater heat at the regulator. However a larger voltage will effect the operation of the NXT motor. (I found the attached chart at http://www.philohome.com/motors/motorcomp.htm )
So it would seem that the most important thing to test is how hot the regulator gets at 9 volts. If it does not get too hot, then any lesser voltage will be less and one can choose the power supply based on motor performance requirements.

Note however, that with the “BrickPi Advanced Power” the regulator is a switching regulator, so it won’t get warm/hot like the linear regulator.

OK, so I was thinking about too many variables.

I ran the BrickPi with one motor using a rPi B with wifi on a 9V DC adapter. The motor should not make a difference but the wifi should. So I interacted with the motor using the Scratch motor test example. Because I used wifi I did not have a keyboard, mouse, or monitor attached to the rPi.

Those temperatures are within operating range for the device so it appears that the device can be ran off 9V without a problem.

I bought a BrickPi through the UK distributor and only the basic power model was available. We have had difficulty with the power regulation through to the Pi and short battery life so would like to use the swtiching regulator. Can anyone give me a circuit diagram / component list to swap out the linear regulator and replace it with the advanced power version?