(SORRY ABOUT THE SMALL TEXT SIZE, I DON’T KNOW HOW TO MAKE IT LARGER) 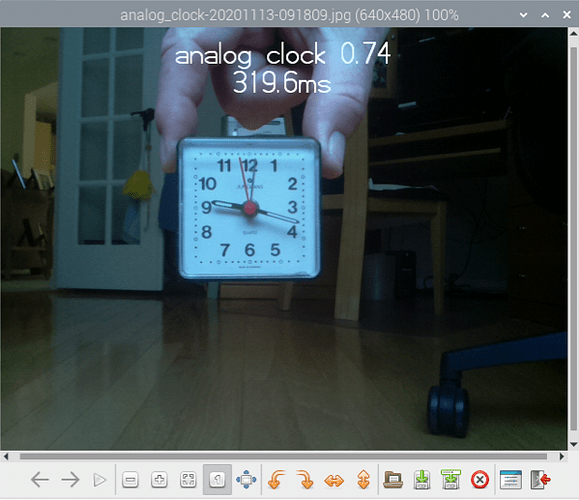 We all read about the latest computing rage and make mental notes - “I’ll look into that one of these days.” For the last few years, I have been seeing articles, tutorials, books and courses about machine learning, and adding some of them to my wish list of deep dives.

I have long dreamed of a day when my robot, Carl, will wander the house collecting images of “unknown object”, asking me at a scheduled “training session” to explain what the unknown object is called (a label), and then in another session asking me to confirm “probable object” images, to allow Carl to add objects from his specific environment to his specific knowledge set.

Carl’s Raspberry Pi 3B is not a good match for the large datasets and massive computations involved with full-up machine learning, but it is no total slouch either. When I saw that ModRobotics had included the Tensor Flow Lite Python package and a GoPiGo/Jupyter notebook tailored 1000 label image classification example in the latest GoPiGo OS beta (formerly DexterOS), my curiosity peaked to see what Carl might be able to actually do on his Pi 3B.

Carl runs Raspbian For Robots (the beta Pi OS version at the moment), and I don’t use Jupyter notebooks, and I could not find the ModRobotics modified Tensor Flow Lite example included in the GoPiGo OS beta on the DexterIndustries GitHub master or develop fork, so I was not sure what would be involved in trying out Tensor Flow Lite on Carl.

The install of Tensor Flow Lite took less than 15 seconds! Bringing down the example took several minutes to get the trained model, and because the instructions have you clone a huge set of examples just to get that one Raspberry Pi example, but it completed successfully, and so I was up and running the example in less than five minutes.

My installation instructions and modified example are in Carl’s GitHub repository:

And an orange with my gpg_classify_picamera.py: 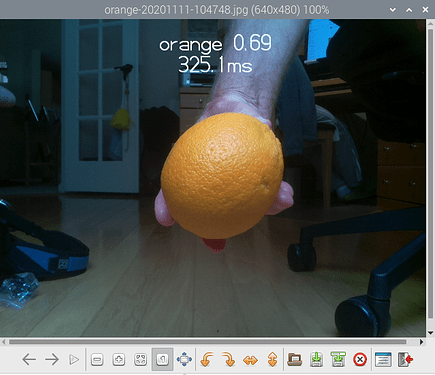 Thanks for posting. Will have to check it out.
/K