Earlier today Charlie the Bug-mobile fell during testing and was critically injured.

He was immediately airlifted to a special hospital in Moscow for Dexter robots where his condition was reported as “critical” and was rushed into immediate surgery.

Though specific details of his injuries have not been officially released, we have reports from reliable sources that he suffered a broken spine along with a major concussion and other severe injuries.

Additionally, doctors believe that there may be additional internal injuries as well, though no definitive reports have been released as yet.

We have been told that the surgery is ongoing and may take hours to complete, and that the best and most qualified medical team has been gathered to insure the best care possible.

We will continue to monitor the situation as it unfolds.

In an official statement released less than fifteen minutes ago, hospital officials reported that Charlie is out of surgery and is doing OK.

According to the official news release that we’ve just received, Charlie underwent “an exhausting 7+ hour surgical marathon” where he ultimately had to be completely disassembled to have his acrylic bottom-plate replaced and his distance sensor/camera assembly re-built.

It appears that Charlie, through a stroke of luck, barely missed more extensive - and potentially catastrophic - injury.

He has been transferred to the hospital’s intensive care unit where he is being closely monitored for additional damage.

Though the hospital’s representative continues to describe Charlie’s condition as “guarded” he has been downgraded from “critical” to “stable”.

It is likely that due to the severity of his injuries, he will require extensive rehabilitation after he is released from the hospital.

We are continuing to monitor Charlie’s condition and status throughout the day and we will broadcast updates as soon as we receive them.

Best wishes to Charlie for a full and speedy recovery.

(only flowers they had

I’m finishing up some testing before going to bed.

I had fun with the “news broadcast” format. What do you think?

Breaking news - this just in:

Investigation into Charlie’s accident by Russian Federal accident investigation authorities discovered that Charlie did not simply “fall”, but was actually forcefully dragged to the edge of the table by his power cord.

Apparently at the time of these tests, Charlie was not running on batteries, but was connected to “ground power” - a continuous source of 12v DC supplied by the power mains - by a long cord connected to his power port.

We have been told that this is not an unusual arrangement when long-term diagnostics, testing, or development is being done as batteries alone don’t provide enough power for enough time to be effective for long periods of use.

Witnesses say they saw Charlie being dragged, seemingly against his will, off the table in what many believe was a deliberate attempt on his life. It’s only by the grace of Almighty God that he survived such a dangerous fall.

Police interviewed Charlie in the hospital but, unfortunately, he was unable to shed any light on the matter.

As a consequence of witness statements federal police have classified this incident as a potential 'boticide. No arrests have been made as yet, but police are vigorously investigating several clues.

In a related story, hospital officials say that Charlie is progressing well and has been moved out of intensive care into a normal hospital room where he is listed as being in “stable” condition. He is being monitored closely for potential errors and defects by experts.

Unofficial sources claim that Charlie required extensive repair to his filesystems and the re-installation of recent backups before he was finally fully awake and responsive. As a consequence, important data and potentially valuable clues about the incident were irretrievably lost.

We will continue to monitor events as they unfold.

What a startling turn of events. Maybe Charlie needs a bodyguard 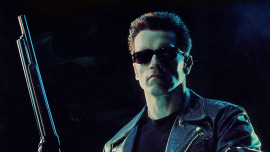 he was unable to shed any light on the matter

Wouldn’t be a lot of light, but better than none…

A spokesman for the Russian ФСБ, (the Russian FBI), released a statement that, apparently, Charlie’s fall was truly accidental and not the product of foul-play. 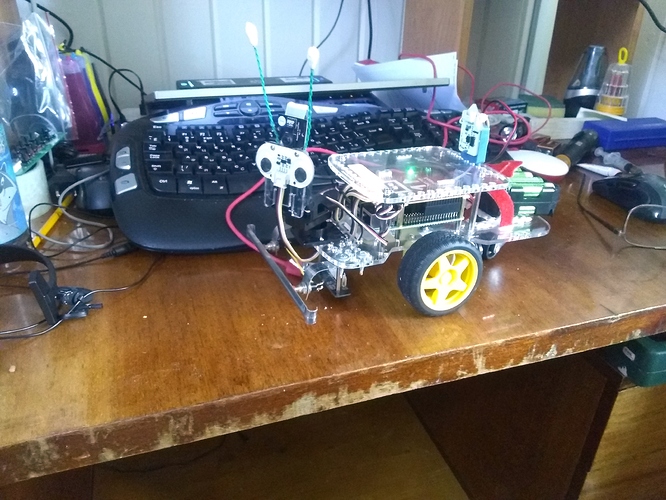 According to the news release issued by the Russian ФСБ, surveillance footage of Charlie’s horrible accident showed that his power-cord was inadvertently wrapped around someone’s leg as they walked by - pulling him off his table.

Police have closed their investigation calling the incident “a tragic accident”.

Hospital officials confirmed today that Charlie continues to improve steadily, and is doing well, possibly being ready for release sometime this next week.

Sources claim that Charlie is “impatient to get home” and “can’t wait to get back to work testing and improving Modular Robotics software”.

In fact, it is claimed that he found an obscure bug in the GoPiGo O/S 3.0 release while experimenting with a monitor left idle in the hall outside his room.

If this is confirmed, it goes to show how dedicated and anxious Charlie is to get back to productive work.

We are glad to hear about Charlie’s steady recovery and will update this news feed with additional details as they’re released.

Glad to know that Charlie doesn’t have to fret about watching his back for the next attack. Although he may need to watch for clumsy passers-by.

Just the kind of thing the Apple MagSafe connector was designed to prevent. While I’m not a big fan of proprietary connectors, that was a true innovation.
/K

Hospital officials confirmed that Charlie was released earlier today secretly to avoid the hordes of ill-mannered paparazzi swarming the hospital.

Not wishing to share the fate of others, he was secretly transported in a vehicle disguised as a common bakery truck.

Hospital officials delayed releasing news of Charlie’s discharge to give him a chance to safely leave.

Hospital officials confirmed in a release issued today that Charlie has made a full and complete recovery.

Though doctors have advised against too much strenuous activity it is virtually certain that Charlie will want to jump right into a full schedule of development and bug-hunting.

I am sure that all our loyal readers will join us in wishing Charlie well.

Let us hope that Charlie’s accident will serve as a warning to all 'bots to be careful and aware of the hazards of long power cords.

Just curious what this signifies.
/K

Newspaper/journalist mark used back in the time when news was transmitted to the paper by telegraph. It’s the equivalent of today’s EOF marker

I thought it might be something like that, but when I initially tried googling “30” I was getting stuff on angel numbers and numerology. I was pretty sure wasn’t what you were going for.

Always a good day when I learn something new.
/K

I’m not exactly sure and I may have gotten it wrong - or different news outlets used different “EOF” markers, but I kind-of half remember that one variant was “#30#” or something like that.

Ahh! Wikipedia to the rescue! -30- has been traditionally used by journalists in North America to indicate the end of a story or article that is submitted for editing and typesetting. It is commonly employed when writing on deadline and sending bits of the story at a time, via telegraphy, teletype, electronic transmission, or paper copy, as a necessary way to indicate the end of the article. It is also found at the end of press releases. There are many theories as to how the usage came into being, and why it is found in Nort...

Thanks - really interesting. Not sure how I missed that.
/K

Investigation into Charlie’s accident by Russian Federal accident investigation authorities discovered that Charlie did not simply “fall”, but was actually forcefully dragged to the edge of the table by his power cord.

I haven’t used that since my student newspaper editor days!

Wouldn’t be a lot of light, but better than none…

Wow, I knew the light output of an LED wasn’t linear just from using them, but had never really looked into how non-linear it was. I’ll have to find the Adafruit article.

And way to turn my lame joke into an educational experience